The System Is Rigged by Politicians and Bankers

Time to Wake Up

It's all one steaming pile of horse turds.

More and more layers continue to be peeled back, exposing central planning and banking for what it is: an internationally rigged game with only the little guy as loser.

This week we learned John Corzine and his ilk WILL NOT be charged for losing $1.6 billion in customer funds, some of which they transferred into company accounts to stave off collapse.

Their criminal moves didn't stave it off, of course...

Remember, Corzine was the governor of New Jersey and also the CEO of Goldman Sachs (where he was succeeded by ol' Hank Paulson). On top of this, he was a United States senator.

America's become a place where those who take spins in the banking/political revolving door run the show with only their interests in mind.

And when they screw up... they find a way to make you pay.

Here we have a senator, governor, and Goldman CEO running a brokerage straight into the ground — losing billions in customer funds along the way.

Company emails show him giving “direct instructions” to use customer money to cover its shortfalls.

And not one single charge.

His net worth is still in the hundreds of millions while average Americans are bled dry.

That's not what this country is supposed to be about.

There's an endless stream of information and instances illustrating just how politicians and bankers have created their own society — protecting themselves, their profits, and their ability to keep up the ruse at all costs.

Point out unjust actions to everyone.

They'll roll their eyes at first, but rest assured, millions of hibernating sheeple are starting to emerge from hibernation. They're starting to realize how the game has been rigged.

And it's only a matter of time before their complacency is erased and replaced with anger...

Anger toward a system that allows 21,000 retired federal workers to collect lifetime pensions over $100,000 per year.

Anger toward a system that has put over 100 million people on some form of federal welfare (32% of the country).

Anger toward a system that has stolen their wealth and chance for advancement, and led more than 46% of Americans to their death with less than $10,000 in assets.

I can sense it coming with every bone in my body.

The collective “they” can feel it coming, too. And they're starting to prepare.

Check out this excerpt from Susanne Posel, who runs the website Occupy Corporatism:

A source in the Deutsche Bank claims that in 2008 our financial and monetary system completely collapsed and since that time the banking cartels have been “propping up the system” to make it appear as if everything was fine. In reality our stock market and monetary systems are fake; meaning that there is nothing holding them in place except the illusion that they have stabilized since the Stock Market Crash nearly 5 years ago.

Since this time, the Department of Homeland Security (DHS) in conjunction with FEMA and other federal agencies have been quickly working to set in place their directives of control under a silent martial law.

The Deutsche Bank informant says that the cause for the bailout of the banks was a large sum of cash needed quickly to repay China who had purchased large quantities of mortgage-backed securities that went belly-up when the global scam was realized. When China realized that they had been duped into buying worthless securitized loans which would never be repaid, they demanded the actual property instead. The Chinese were prepared to send their “people” to American shores to seize property as allocated to them through the securitized loan contracts.

To stave this off, the American taxpayers were coerced by former President Bush and former US Treasury Secretary Hank Paulson. During that incident, the US Senate was told emphatically that they had to approve a $700 billion bailout or else martial law would be implemented immediately. That money was funneled through the Federal Reserve Bank and wired to China, as well as other countries that were demanding repayment for the fraudulent securitizations. 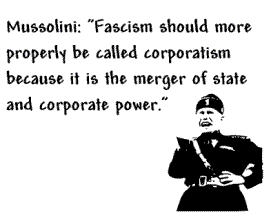 Isn't it fun when we keep seeing the same names swirling around shady banking and political activity?

Mr. Paulson was CEO of Goldman after John Corzine.

He then became Secretary of the Treasury.

After our economic collapse, he got a cozy job teaching (what else?) public policy.

Also, you know who voted for that $700 billion bailout?

Neither want to protect you, or your money, or the Constitution. It's all about keeping the system going at all costs — even if that means suspending the Constitution and declaring martial law as the sheeple start to awaken to the ruse.

Why else are multiple federal agencies buying millions of rounds of hollow point ammunition?

And not just police agencies...

The National Weather Service has put out a solicitation for 46,000 rounds of jacketed hollow points to be delivered to four locations around the country.

The Social Security Administration is seeking 174,000 rounds of the same high-powered bullets.

And the Department of Homeland Security purchased as many as 450 million rounds — enough to kill every man, woman, and child in the country. It's planning a 750 million-round purchase separately.

All this ammo in addition to major orders for riot gear and bullet-proof checkpoint booths.

What the hell are they preparing for?

It certainly would seem like the day the majority wakes up and realizes their government has been colluding with the banks to rig the entire game in their favor.

It's getting tougher and tougher to hide as:

The most highly-touted IPO ever loses half its value ($40-some billion) in three months. I bet Facebook shareholders don't “Like” that.

JPMorgan gets caught manipulating silver and loses $5.8 billion on trades it “didn't understand” (and is not prosecuted)...

All while the men who orchestrate this system continue to rack up bank accounts in the millions.

And all while the average American dies with less than ten grand to his name.