The Investment NO ONE Is Talking About

Do you know where the phrase “hand over fist” comes from?

Today we almost exclusively use the term when referring to making money quickly.

But the phrase has a nautical background.

I’ve heard different versions of its origin, but it refers to either pulling the rope on a sailboat or climbing up the ropes on a sailboat, putting your fist onto the rope to hold it and then reaching your hand up to grab the rope above your fist. According to Merriam, its first known use was in the 1800s and meant doing something quickly and in large amounts. By the 1900s, it was only used when referring to making money.

It’s something we should keep in mind as we start the new year.

Just like when sailing, in the markets you’ve got to keep your destination in mind and always find the wind.

Sometimes you have to adjust and pull on a few ropes to find the best route.

The wind is blowing investors in the direction of a few sectors this year, but energy storage is where most are thinking they’ll make money hand over fist.

Many are expecting 2023 to be the pivotal year when energy storage will revolutionize the world’s energy grid.

It’s really a tale as old as time.

Since the dawn of time, humans have been searching for the perfect energy source.

Like the Holy Grail, the Fountain of Youth, or the ark of the covenant, humankind will always search for it.

There was renewed speculation after the release of the Netflix documentary Ancient Apocalypse that ancient stone structures like the Great Pyramid of Giza, Stonehenge, and the Great Pyramid of Cholula were used as some sort of electronic capacitor or battery for energy storage.

That remains to be seen, but it’s a fun thought experiment.

Fast-forward to today and we’re still searching for the perfect energy source. We need it now more than ever as the natural gas and energy crisis in Europe is coming to a head. Not to mention the toxic lithium-based batteries and the horrid conditions of the cobalt and lithium mines. And if we’re planning on phasing out fossil fuels, we’re going to need massive amounts of energy storage capacity.

Sure, we may have found it in nuclear energy with the new breakthrough in nuclear fusion that Forbes says is the future of clean, limitless energy, noting that investors have decades of “opportunities ripe for the plucking.”

But researchers say this “infinite” energy is 40 years away.

What if there were something here and now that’s already producing limitless energy?

Something that’s been ignored for far too long?

That’s where one piece of tech that’s been flying under the radar comes in.

For months now, my colleague Jason Williams has been alerting his readers to what he calls the new “emperor of energy storage.”

I mean, just look at this thing: 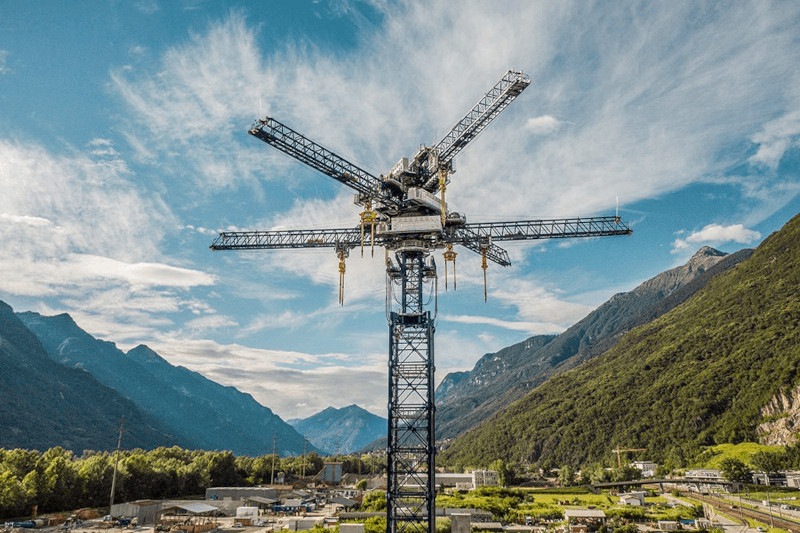 But it’s not an ancient structure...

Or some sort of new-age construction vehicle.

No, Jason says it’s the future of global energy.

It doesn’t use lithium or cobalt...

It doesn’t use solar or wind...

It just uses steel and concrete...

In fact, it creates its own power.

Once it’s built, that’s it.

It’ll produce all the energy you need without having to do a thing and then stores that energy forever.

It’s the definition of limitless energy.

And this isn’t some crazy theoretical contraption; it’s being used around the world as we speak.

It’s already connected to the Swiss national power grid, with Saudi Arabia planning to bring it online as well.

And it's coming to power the grids of Texas and California, which have been hit hard by extreme weather events causing severe power outages across the two states.

Jason says it’s just the beginning and that we’ll start seeing these structures crop up across the country in the coming years.

It’s something that deserves every investor’s attention, but most of them haven’t caught on yet, making it the contrarian play of year.

Now, the company behind this contraption is about to make revenue hand over fist.

Do you want to catch the wind or sit in the doldrums this year?

Now, I can’t explain it all today, but what I do know is this company’s trading for less than $5 right now.

Get the name of the company and ticker symbol here.