The Government is Stealing from Cannabis Businesses!

Cannabis Industry Thrives even in the Face of Unfair Taxation 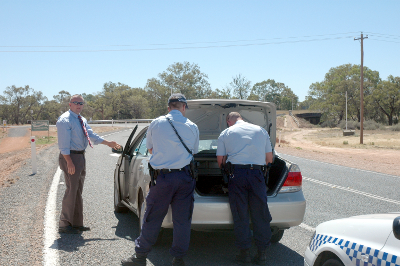 In Los Angeles County, a “cannabis tax” that was designed to provide homeless services, may soon be scrapped.

The Los Angeles Times reported that the Board of Supervisors pulled the tax due to fears that this could keep voters from passing the legalization measure in November.

I'm not sure why that would be the case, but I'm not here to defend the tax. In fact, I'm not a fan of unfair taxation in any form. And that's exactly what the cannabis industry faces every single day.

In an effort to push legalization through a gaggle of greedy bureaucrats that determine what level of liberty you get to enjoy, the cannabis industry has accepted the fact that it has to pony up more in taxes, with most of that money going to fund school construction and social services.

While I'm certainly happy to see state governments use some of their stolen treasure for good, the question we need to ask is …

Why is it on the cannabis industry to pay more than other industries when it comes to paying their tributes to the mob government?

Despite the fact that taxation really is theft, the truth is, no industry is more unfairly taxed than the cannabis industry.

The amount of money cannabis businesses have to shell out to the government can make it insanely difficult to maintain profitability. And let's not forget, because the Fed still dictates that cannabis is just as dangerous as heroin, and has no medical benefits, cannabis operations can not utilize the same tax deductions as nearly every other business in the U.S.

This does not make it easy to run a cannabis company.

But here's the thing that really burns me up …

While states shake down cannabis businesses like old school gangsters, these businesses are actually helping individual states bolster their economies.

The Centennial state, where cannabis is legal, now saves about $60 million a year in law enforcement costs related to cannabis. Unemployment has dropped from 6.9% in 2013 to 4.2% in 2015, and 4.5 million square meters of warehouse space (which was once unused and serving as an economic and aesthetic drag on the state), is now being used to grow cannabis.

And yet this industry, which has done wonders for Colorado's economy, is penalized through taxation because, well, we're still acting as if cannabis is the same evil monster that was featured in the 1936 propaganda film, Reefer Madness.

Understand, I'm not saying cannabis businesses shouldn't pay their fair share. And I won't lie. I love the fact that Colorado students are getting new schools. But again, why is it that this burden falls squarely on the shoulders of the cannabis industry?

You know, more than $4 million has been taken from the cannabis industry and used to fund school-based prevention and intervention services in Colorado.

Are alcohol companies forced to provide funding for this, too?

How about cigarette companies?

What about soda companies? After all, the CDC tells us that 12.7 million children between the ages of 2 and 19 are obese. Obesity kills an estimated 300,000 people per year in the U.S. Cannabis kills zero.

I'm not saying alcohol, cigarette, and soda companies should be forced to pay for school-based prevention and intervention programs, but what I am saying is that to single out the cannabis industry for such a thing is absurd.

As an investor in legal cannabis, I've made a lot of money in this space. And that's with the burden of unfair taxation. Now imagine how investors would make out if the industry wasn't burdened with unfair taxation.

The good news is that even with an unleveled playing field that's likely to continue for decades to come, the legal cannabis industry is still insanely lucrative, if you know where to look.

While most public companies in the cannabis space are garbage, there are a handful that continue to make us a boatload of cash. You can read about some of those stocks in our special free report, Marijuana Outlook: Stocks to Buy in 2016, which you can access here.