The Good Works of Bill Gates and Warren Buffett 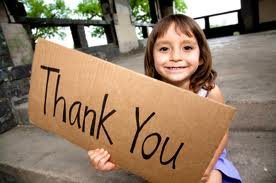 Needless to say, I'm not exactly a big fan of the inheritance tax.

Instead, I'd like to see people given the chance to make altruistic decisions on their own— without their pockets being picked clean by the government.

After all, as the tax burden rises the ability of individuals to give to the charities of their choice begins to shrink. That robs people of one of the most basic human instincts which is to selflessly help others.

And while that may seem like an idea that washed ashore from Fantasy Island—I think people really would open their wallets more often if there was something left in them.

I mean why should the rich be the only ones who are afforded the opportunity to really help others?

By the way, when it comes to charitable giving, there aren't many people who can top Bill Gates and Warren Buffett.

From msnbc.com entitled: 40 billionaires pledge to give away half of their wealth

“A little over a year after Bill Gates and Warren Buffett began hatching a plan over dinner to persuade America's wealthiest people to give most of their fortunes to charity, more than three-dozen individuals and families have agreed to take part, campaign organizers announced Wednesday.

"We're off to a terrific start," Buffett, co-founder and chairman and CEO of Berkshire Hathaway, said in a conference call also attended by Bloomberg and San Francisco hedge-fund manager Tom Steyer and his wife Kat Taylor, founder of OneCalifornia Bank.

Buffett said he and Gates, the Microsoft co-founder, and Gates' wife Melinda made calls to fellow billionaires on the Forbes 400 list of wealthiest Americans — in many cases, people they had never met — to try to persuade them to join the giving pledge.

"We contacted between 70 and 80 people to get the 40. A few were unavailable. We don’t give up on them. Every saint has a past, every sinner has a future. We’ll keep on working," Buffett said.

Bloomberg, who made the bulk of his estimated $17.5 billion fortune from financial news and information services company Bloomberg L.P., said it didn't make sense to leave everything to his children and have them go through life as members of "the lucky sperm club."

The United States has roughly 400 billionaires — about 40 percent of the world's total — with a combined net worth of $1.2 trillion, according to Forbes. If they all took the pledge, that would amount to at least $600 billion for charity.

The 40 names that have pledged to date have a combined net worth surpassing $230 billion, according to Forbes. Several of them have said they plan to give away much more than 50 percent of their wealth. Buffett has promised to donate more than 99 percent of his wealth.”

The End of the Bush Tax Cuts