The Global Financial Crisis is Still Going On

If you thought the global financial crisis was over, think again. It has already been five years since madness and mayhem were unleashed upon financial markets the world over - and we’re still not out of danger. 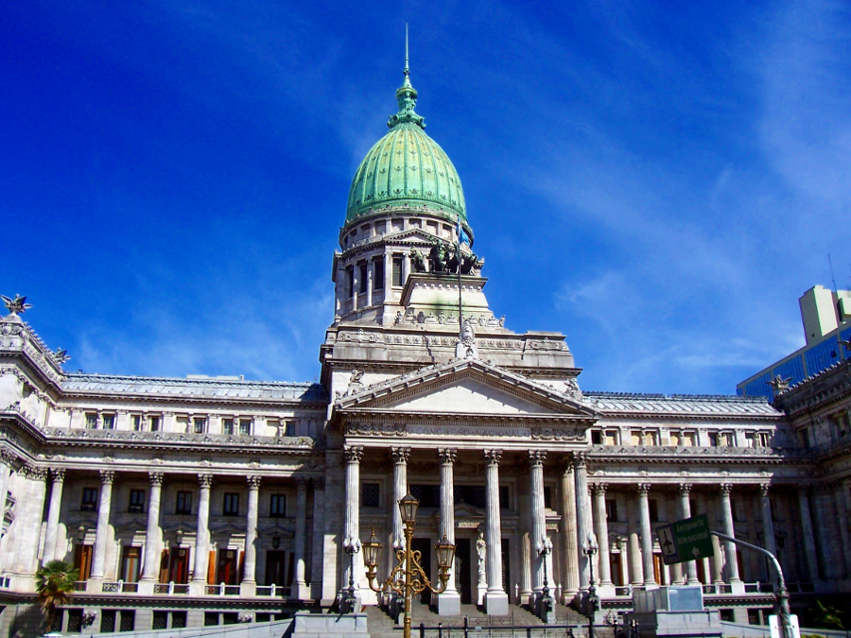 Argentina has officially defaulted. Why should we care? How does Argentina’s default affect us in North America?

By plunging our stock markets, for starters. The Dow Jones Industrial Average pulled a triple-triple yesterday - a very rare one-day drop of over 300 points, or 1.88%, with the S&P 500 falling 2.0%, and the tech-heavy NASDAQ falling 2.09%.

Stock market maps all over the world were a sea of red yesterday, with Germany’s DAX leading Europe lower by 1.95%, and Singapore leading Asia lower by 0.9%. Nearly every major market index fell.

Look familiar? It’s reminiscent of the 2008 financial cataclysm that smashed U.S. markets like a comet striking the ocean, rippling around the globe like a Tsunami. Yet things may not play out as badly this time around. After all, it is just one country that’s defaulting.

But don’t let that not unsettle you… there are ten more countries lined up like dominos right behind Argentina, each waiting for its turn to fall.

The Ghost of a Past Default Returns

Argentina’s current default is the second in 13 years, and the two are very much related. In fact, the still-ongoing legal battles from 2001’s default have triggered the current default of 2014.

“U.S. hedge fund managers who bought cheap Argentine debt in 2001 are now demanding the country pay interest on debt payments it defaulted on in 2001,” reports USA Today. “U.S. courts have now blocked payments to other bondholders until agreement with the ‘hold-outs’ is reached.”

Thus, until Argentina resolves its dispute with the 2001 bondholders, existing bondholders can’t get paid, triggering this latest default. Let’s back it up to the beginning.

In 2001, Argentina suffered an economic crisis that triggered hyperinflation, unemployment above 20%, rioting and revolt, and the overthrow of five presidents, some ruling for just a few days. The government missed payments on more than $100 billion in debt, making it the largest government default in modern history.

In 2005 and again in 2010, the Argentine government offered to repay bondholders who were defaulted on in 2001, but at just 30 cents on the dollar - a reduction of 70% of their bonds’ value. While around 92% of the 2001 creditors agreed to the smaller repayments, a few creditors held-out for more, including hedge funds Elliott Management and Aurelius Capital, which took the Argentine government to court.

A ruling by Judge Griesa ordered Argentina to pay Elliott Management, Aurelius Capital and other hold-outs full payment before any of the restructured bondholders could be paid their 30%.

This puts Argentina in a bind. If it pays the hold-outs the court-ordered 100%, the move would trigger law suits by all the other creditors who are to be paid just 30%. Argentina is bound by the “RUFO Clause” [Rights Upon Future Offers], which states that in the case of default, after some creditors agree to receiving just 30 cents on the dollar for their bonds, if Argentina delivers a better repayment greater than 30% to another creditor, then all creditors would be free to sue Argentina for equal treatment… in this case 100% of their bond holdings.

And the consequences of that could be devastating. “If Argentina pays the ‘vulture’ funds in full,” Forbes reveals, “it could trigger additional claims from other holdouts totalling anywhere between $4 to $15 billion… and threaten to unravel the whole restructuring, potentially unlocking claims for more than $120 billion… Argentina’s foreign reserves have fallen from over $50 billion in 2011 to less than $30 billion today.”

We can see why Argentina is refusing to pay the hold-outs their 100% despite a court order, as paying it would open up a whole can of worms. For weeks the government has been trying to convince Judge Griesa to stay his ruling on the 100% repayment to the hold-outs. But to no avail.

By refusing to pay the hold-outs their 100% for fear of triggering the RUFO Clause and the avalanche of law suits that would follow, Argentina has now missed its July 30th payments to its existing bondholders, and is once again in default.

The irony is that Argentina has already delivered the payments owed to existing bondholders, which are sitting with the court-appointed trustee, New York Mellon. But the courts have refused to allow NYM to release those funds until the 2001 hold-outs are paid their 100%.

Had Argentina’s default come at another time, it probably wouldn’t have moved global markets so terribly. After all, with a GDP of $771 billion (2013 estimates, World Factbook), the nation’s economy ranks only 23rd in size.

Nonetheless, it was a straw that broke the market’s back, as USA Today summarized:

“Financial markets went into a tailspin Thursday after Argentina defaulted on its debt, raising fears among skittish investors already fretting about weak corporate earnings growth, rising interest rates and an aging bull market.”
Add to that “the potential impact of harsher U.S. and European sanctions against Russia” and we have another global financial storm brewing.

Back home in America, tensions were already running high as: a) U.S. markets have gone without a meaningful correction of more than 10% since 2011; b) it’s summertime, with low trading volumes that can easily amplify even the smallest slide into a rout; and c) a number of the larger U.S. companies have been posting some disappointing numbers.

Marilyn Cohen of Envision Capital Management put Argentina’s default into perspective. “Investors have long been looking for a reason to lock in gains, and the news out of Argentina, which isn’t all that meaningful here, is perfect,” she explained.

It may be so that Argentina’s default played only a minor role in recent global market declines, which look poised for continued weakness over coming days and weeks due to all the other factors noted above.

But where Argentina’s ghost of default managed to spook global markets only a little, a gang of ten other spectres can already be heard rattling their chains off in the distance. And they are fast approaching.

One Down, Ten More To Go?

“Alongside Argentina, Moody's currently lists 10 other countries with a rating of Caa1 or worse,” informs USA Today. “A Caa1 rating is several notches below Ba1, which still carries substantial credit risk. Based on ratings from Moody's Investors Service, these are… countries at risk of default.”

In some cases their low credit rating is due to extreme levels of debt that far surpass 100% of GDP, such as Cyprus (121%), Jamaica (133%), and Greece (174%). In other cases their low rating can simply be due to low accessibility to foreign investors or highly illiquid bond markets.

One of the consequences of a low credit rating is the extremely high rate of interest demanded by investors who purchase the nation’s bonds. It’s bad enough these nations are among the poorest in the world, but now they have to pay higher rates of interest on their bonds.

The problem is made worse by their rapidly depreciating currencies, which continually lose ground to the USD, Euro, Pound and Yen, in which currencies interest is to be paid and the bonds are to be redeemed.

From all of this investors have at least two major investment lessons to consider when investing in foreign markets.

• Don’t be lured by exceptionally high bond yields, which can easily surpass 10%, 15%, or even 20% per year in some cases. No government chooses to offer such high interest rates. If they offer them, it is by force, often because of poor economic conditions and a high risk of default.

That is why they have opted to structure themselves as hedge funds instead of normal investment funds in the first place, as hedge funds fall under a unique category that is governed by laxer standards with fewer obligations of disclosure.

Despite some periodic pullbacks, such as we are experiencing now, the largest equity and bond markets including those of the U.S., U.K., Germany, Japan and others are more than large enough to accommodate all us little investors. There really is no need to venture deep into uncharted financial jungles just for a few extra percentage points in returns, which all too often end up losing you much more than you gain.