I've railed against China a lot over the last couple of years. That's because I've been around long enough to see many of the scams that Chinese companies have pulled on American investors.

An analyst I used to work with joked all the time about "fake Chinese companies." He traded them, too. Back in 2009 and 2010, they would make fantastic moves higher.

One I remember vividly was a cutting-edge media company. Turns out most of its business was putting billboard signs on Chinese city buses...

Then there was the hog-farming company — biggest in the world or something — that was satisfying the Chinese love of pork. The company was pitched as a great long-term macro play on rising Chinese income levels because people buy more meat as their income allows. Unfortunately, there was a big flood in 2011 (I think it was), and over half the company's hogs either escaped or drowned. The shares collapsed.

I've told you before about Puda Coal, where the CEO stole the company from investors by transferring ownership out of the holding company that was listed on the NYSE and into another holding company he owned. U.S. investors lost everything.

The same thing nearly happened to Yahoo!, when Alibaba founder Jack Ma tried to steal part of that company even though Yahoo! owned ~40%.

And there are scarier stories. I recall a group of accountants being locked in a bank they went to in order to verify a Chinese company's cash deposits. The accountants discovered the company had been lying, but they were threatened that they wouldn't be allowed to leave the bank unless they agreed not to reveal their discovery. The accountants refused but were eventually allowed to leave.

China's financial markets are the Wild West. Sure, you could strike it rich. Or you could get wiped out.

Lately there have been a lot more investors getting wiped out. After an incredible run higher, the Shanghai index has dropped over 30% in a month, wiping out $3.2 trillion in valuation.

As my colleague Geoffrey Pike reported on Friday, China has resorted to some crazy measures to stop the stock market crash. It's now illegal to short stock, for one — hit the "sell to open" button, and you can get arrested. Half of listed companies have halted trading in their stock.

Company insiders and investors who own more than 5% of a company's stock have also been prohibited from selling shares on the secondary market for the next six months.

Geoffrey is 100% right: China is not challenging U.S. economic dominance. And you're not going to see China's yuan supplant the U.S. dollar as the world's reserve currency anytime soon.

Because the Chinese economy is a work in progress. It is a teenager: moody, selfish, and unpredictable.

But like a teenager, we can say it's going through a phase. This too shall pass.

And in fact, we're already seeing some of the big questions from a couple years ago get answered...

Ghost Towns Not So Scary

Just a couple years ago, 60 Minutes ran an exposé that convinced a lot of people that the Chinese economy was a horrible experiment gone awry. Bridges to nowhere, empty highways, and ghost cities — all built just to give people jobs and make use of China's oversupply of steel and concrete.

These photos of empty towers and houses in one district of Zhengzhou convinced many that China was a disaster waiting to happen: 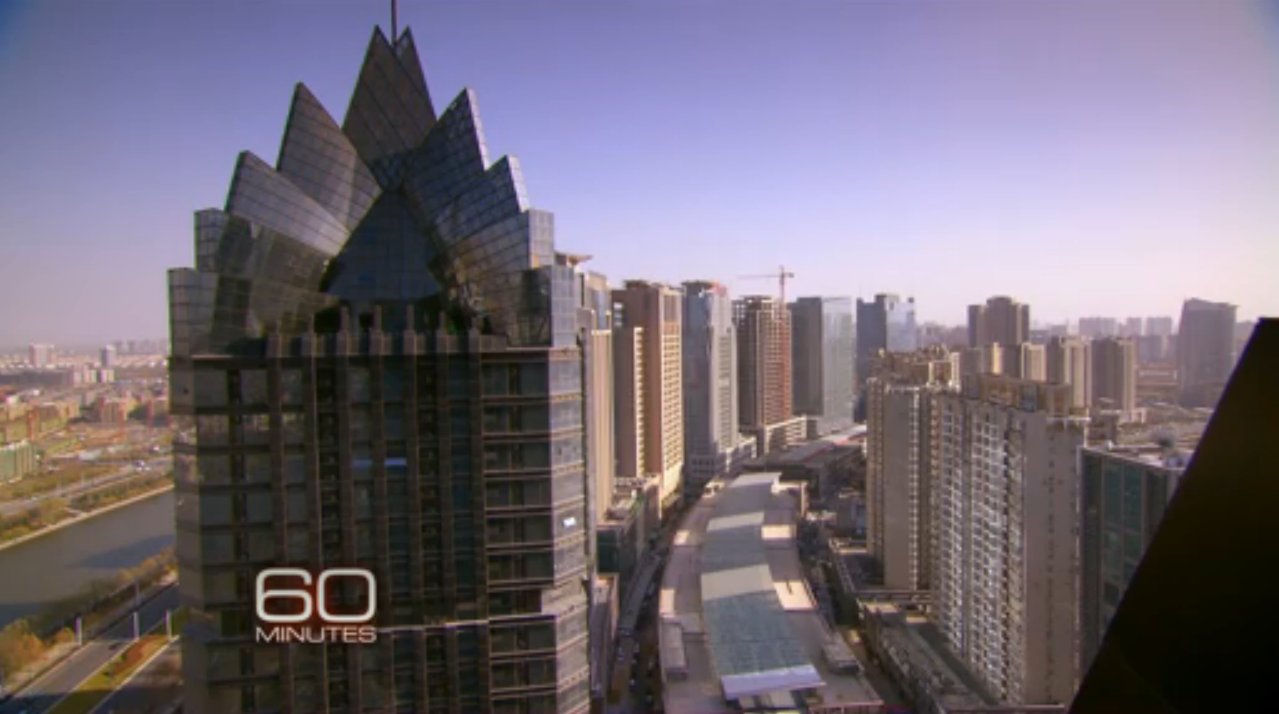 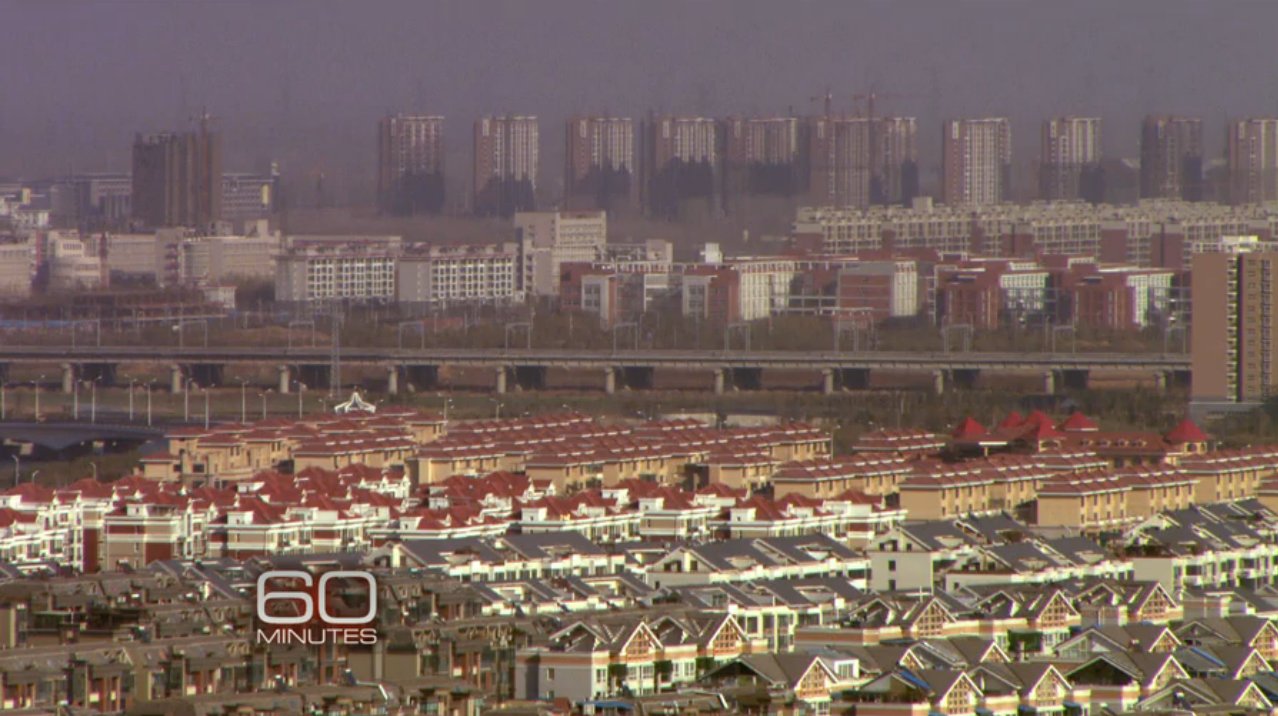 But a funny thing happened on the way to the Chinese economic collapse: That former ghost town is now a fully operational part of Zhengzhou. 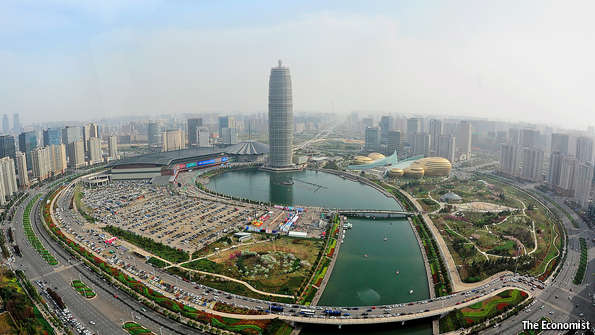 It only took two years for this district to go from ghost town to boom town.

Here's a quote from economist Stephen Roach to explain:

China is going through unprecedented urbanization. Since 2000, its urban population has increased by approximately 20 million citizens per year. In terms of shelter and its associated infrastructure requirements, China is adding the equivalent of 2½ New York Citys a year. With urbanization likely to continue at this rate through at least 2030, that spells high investment for years to come.

If you don't know Stephen Roach, he was with Morgan Stanley for years, contributing to the firm's phenomenal Global Economic Forum website. He moved to China 10 years ago, and he's been an important voice on the Chinese economy ever since.

And what he's saying is that the vast majority of Chinese investment that's pouring into real estate and infrastructure isn't being wasted. Sure, it may sit idle for a little while — long enough to put pressure on the developer — but the investment will eventually pay off.

This is why China's economy is basically closed: Foreign businesses can't just set up shop, and the yuan doesn't freely trade. There are no free market checks and balances on Chinese debt and investment. So the Chinese government can print money and back all infrastructure investment in a way no other country can.

Roach will also tell you that consumption makes up just 30% of Chinese GDP. That's half of the U.S., and it shows you how far the country has to go.

One of the worst mistakes an investor can make is to confuse an economy with a stock market. If you avoided U.S. stocks because of the continually weak economy, well, that was a mistake. Buying Chinese stocks because the economy has a lot of growth ahead is mistake, too.

Both of these stocks have been knocked down pretty good in the last two weeks as the Chinese market crash hit a crescendo. Now that the Chinese government has stepped in, these two should be good for a nice rally.

I'm a bit partial to Trina because I have it in the Real Income Trader portfolio, where we've taken 27% of our initial investment by selling covered calls on the stock. Still, either one looks like a solid choice.