Saving vs. Paying Off Debt 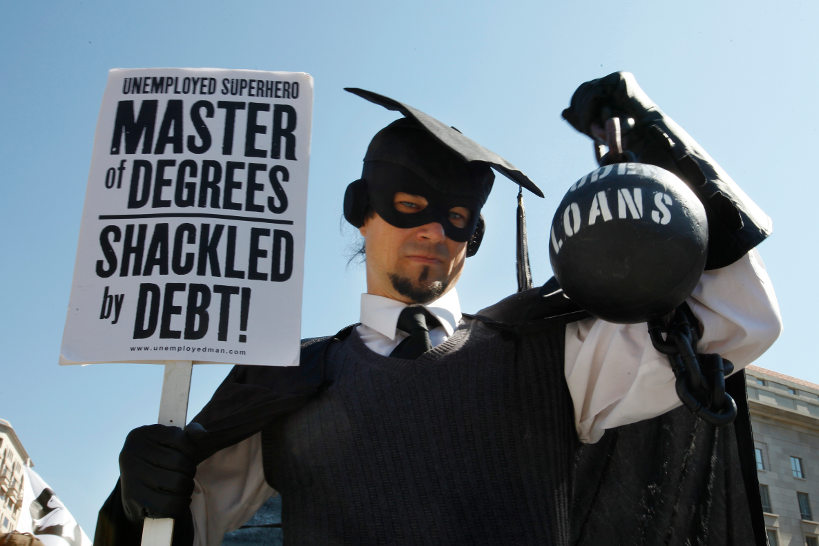 Money management can be a tricky subject.

Everyone’s situation is unique, but there are a lot of situations that are similar and can often be an issue of debate on how best to handle them.

The problem here is the uncertainty of the future. Let’s say the person lost his job and could not find other work right away. He would need an emergency fund. So in that situation, he would be better off with $50,000 in the bank and student loan debt.

If he had used up all of his savings to pay off the debt, he wouldn’t have any cushion. He might end up using credit cards, ultimately making his situation possibly worse than having the original student loan debt. Or worse, he might end up living in virtual poverty until finding a new job.

Of course, if the person had a low paying job and had very low living expenses, then maybe using a good portion of the $50,000 to pay off the debt would be a good idea. The person figures that if he loses his job, he can probably find another one quickly due to the already low wages. Or maybe he lives with family and knows that he would not be out on the street if he lost his job.

Again, this just shows that each situation really is unique.

Another interesting scenario is if someone has an employer-sponsored 401k plan and also has credit card debt or student loan debt.

Let’s say that someone has $20,000 in credit card debt and has to choose on whether to contribute to his 401k plan. If he contributes, he will get a 5% match from his company.

While some people see the 5% as free money that should not be turned away, it is also hard to argue with the concept of getting rid of credit card debt first. If the person can only make the minimum payments on the debt, then perhaps he is better off not contributing to the 401k for a while and getting the debt paid off, assuming he is disciplined enough to do so.

If you put money into a 401k, you are really locking up your money. You can’t really access it in most cases. If you lose your job, you could take a withdrawal, but then you would pay taxes and a penalty on top of it.

It is also important to acknowledge that there is an emotional aspect about money management. It's not all numbers. Most people will gain great satisfaction from paying off their credit card debt. It's like new found freedom when it finally happens. And having credit card debt can be a great burden and cause some people a lot of emotional stress.

Even if contributing to a 401k is better in terms of the numbers, it might be worth the emotional benefit of getting rid of the credit card debt.

So while there isn’t always a right answer to certain questions about money management, the right answer often lies in the emotional well being of the person. Every situation is unique and every person’s attitude and personality are different.

If you are ever having trouble making a financial decision, figure out which one will help you sleep the best at night. In most cases (not all), that will be the best decision.