The #1 Way to Protect Your Wealth

The Key to Economic Freedom is Self-Reliance 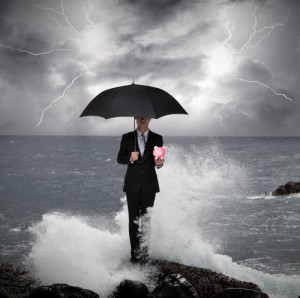 Taxpayer subsidies come in all shapes and sizes, but few are more vulgar than loans, loan guarantees and bailout assistance.

The idea that the government should operate as a bank – using your money to gift loans and loan guarantees to its favorite corporate masters – is so absurd, it's offensive.

While there are plenty of debates as to what the proper role is of government (or if government should even exist at all), I cannot imagine any rational individual willing to voluntarily give anyone a handout in an effort to help a failing business exist.

Yet, this is what happens, year after year.

According to Good Jobs First – an organization that tracks government subsidies – since 2000, $18 trillion has been spent on loans, loan guarantees, and bailouts. So basically, more than $1 trillion a year.

To put that in perspective, the U.S. national debt is just over $18 trillion now.

The biggest aggregate bailout recipient is Bank of America, whose gross borrowing (with rollover loans but excluding repayments) is just under $3.5 trillion, including the amounts for its Merrill Lynch and Countrywide Financial acquisitions. Three other banks are in the trillion-dollar club: Citigroup ($2.6 trillion), Morgan Stanley ($2.1 trillion), and JPMorgan Chase ($1.3 trillion, including Bear Stearns and Washington Mutual).

Of course, this shouldn't really come as a shock to anyone. But if you're wondering which companies made out the best, here's a list of those that landed $100 billion or more … 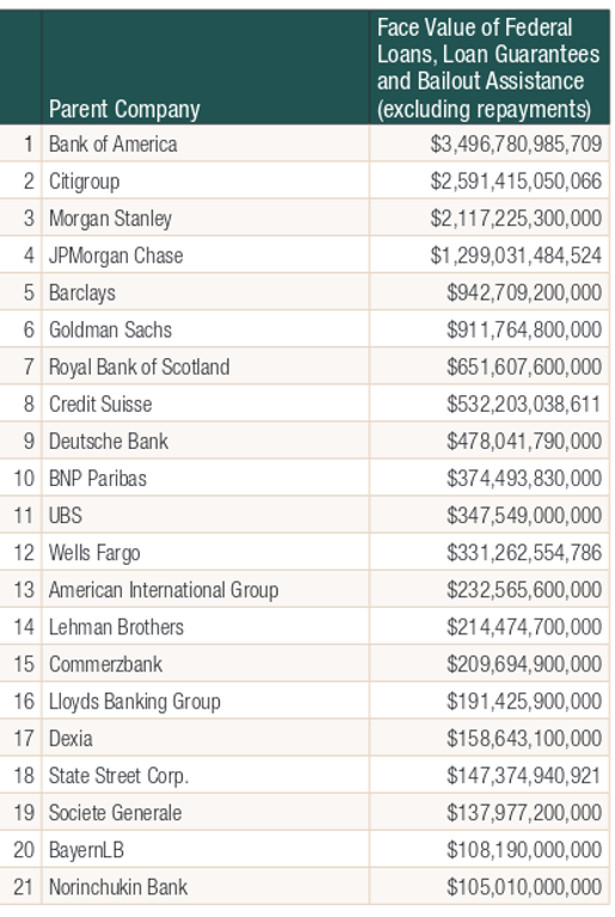 Drunken Rappers on a Video Shoot

There's no doubt that the government spends our money like drunken rappers on a video shoot, while the Fed is always more than happy to arrange “special programs” to help line the pockets of those who bought a hall pass to roam the halls of Congress.

At every turn, your wealth is being depleted by self-righteous bureaucrats and fork-tongued hustlers. Most live in Washington D.C., and all lack the ability to act honorably.

This, dear reader, is why it's never been more important to protect your wealth.

One great way to do this is simply to become self-reliant.

Eliminate all debt so you're beholden to no one, own your own home with enough land to grow and raise your own food, and take the time to learn how to live in an economically and environmentally sustainable manner.

It may not sound like much, but in a world where privacy is no longer respected, honor is no longer valued, and liberty is no longer paramount, being self-reliant is a skill all wealth-seeking individuals should embrace.