Space Exploration Will Cost You

Today, there’s yet another Blue Origin tourism flight into space.

This will be the 20th mission for Blue Origin’s New Shepard and it will be taking off from a spaceport in West Texas. This flight will have six passengers. You might even recall a few weeks ago, it was announced that a Saturday Night Live comedian, Pete Davidson. would be one of those passengers on this mission. However, he withdrew his participation a week before the flight, which lead to the flight’s postponement from March 23 to today’s date.

This is a suborbital flight that takes its passengers about 350,000 feet above the ground. It lasts about 10-minutes and allows passengers to experience weightlessness for a few minutes. You might remember last year when company owner Jeff Bezos and Star Trek actor William Shatner took a similar suborbital flight, which left William Shatner astonished and speechless when interviewed after landing.

This flight includes a married couple — Sharon Hagle and Marc Hagle. Sharon Hagle founded SpaceKids Global in 2015, which is a non-profit that provides assistance and encourages young people, especially girls, in subject areas like science, technology, engineering, arts, and mathematics. Marc Hagle is the president and chief executive of a residential and commercial property development company, Tricor International.

Gary Lai is replacing Pete Davidson’s spot on the flight, but Lai is extremely familiar with New Shepard and Blue Origin since he has been responsible for leading the team through designing and developing many key safety systems on the crew capsule. Lai joined Blue Origin in 2004 and was one of the company’s first employees.

According to a report by Research and Markets, the global market for space tourism was estimated at $651 million in 2020 and is expected to reach $1.7 billion by 2027 — growing at a CAGR of 15.2% over the period from 2020–2027. The market growth for space tourism is growing significantly. 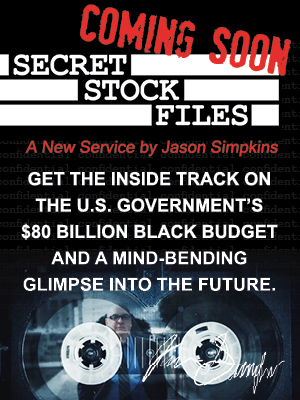 More importantly, it’s becoming more common and acceptable. Ordinary people are being launched into suborbital space, and it’s shifting people’s views on space travel. Instead of being this unattainable thing, it's becoming a real possibility (of course, that's if you have the money to spare for your 10-minute space trip).

You could compare what’s happening right now to when the opportunity was first available for the average person to fly on an airplane. A ticket on a commercial flight was most likely very expensive, but the people who could afford it at the time knew that they were making history. An article from Business Insider says that the first commercial flight, which occurred in 1914, lasted for 23 minutes and cost $400. And in 1914, $400 was a hefty price tag.

Now, after more than a century, people are ready for the next innovation and opportunity — and that’s leading them into space. As space tourism becomes wildly popular and accepted, it brings up the need for the U.S. government to create and maintain a presence in the aerospace industry. And that need is already being explored…

The U.S. military has been planning to extend its reach in space. One of its priorities includes extending space awareness capabilities beyond geostationary orbit with a new satellite called the Cislunar Highway Patrol System (CHPS). This new satellite will be a moon-patrolling probe to get a better understanding of the area around Earth that stretches past the moon’s orbit.

Brian Weeden, director of program planning for the nonprofit Secure World Foundation, spoke about this new initiative and said:

It’s the first step for them to be able to know what’s going on in cislunar space and then identify any potential threats to U.S activities.

Becoming a leader in space innovation and exploration is going to cost the U.S. a lot of money. President Biden’s $773 billion budget request for the Defense Department for the fiscal year 2023 includes $24.5 billion for the U.S. Space Force. That’s $7 billion more than what was requested in 2022 from the White House. In a recent budget summary, the White House said:

Space is vital to U.S. national security and integral to modern warfare. The budget maintains America’s advantage by improving the resilience of U.S. space architectures to bolster deterrence and increase survivability during hostilities.

The breakdown of the enormous $24.5 billion budget for the Space Force includes:

In addition to this, the budget will also include $1.1 billion for three national security space launches (NSSL) and $314 million to launch three batches of Space Development Agency satellites to low Earth orbit. Obviously, this is a massive investment into space and securing space. Government spending will most likely only increase in the years to come when it comes to the Space Force. Keeping an eye on this budget and how the U.S. government plans to spend money for space initiatives is going to be important for investors. And the time to explore these types of opportunities is right now…

My colleague Jason Simpkins is ready to pull back the curtain on the “Black Budget,” which consists of clandestine military programs that the U.S. government spends billions on. All of these important details about these programs are only shared with a small group of insiders — giving this small group the chance to become incredibly wealthy.

Jason wants to change that. That’s why he created a new investigative series that exposes investors like yourself to the type of information that’s crucial to turning small investments into astonishing wealth.

On behalf of Jason, I want to invite you to a prescreening of his brand-new investigative series, Secret Stock Files. You can add your name to the prescreen list here.