It’s difficult to argue against the fact that metals have been in constant flux as of late, with gold and silver prices making investors more than a little bit nervous. Now, news from South Africa’s gold and platinum industry is further shaking up the world of metals, and it could have a strong impact on the global market. 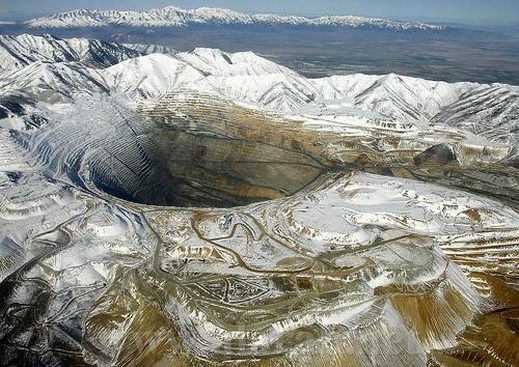 On Tuesday, South African mines minister Susan Shabangu announced plans for “interventions” to the country’s gold and platinum mining industry. "I have directed my officials to urgently explore all available avenues and develop a rescue plan," said Shabangu, according to Reuters.

The minister went on to say that there would be a “particular focus on both supply and demand-side interventions,” although she did not go into detail about many of the particular steps that would be taken.

Russia and South Africa, the world’s leading producers of platinum, have agreed to find ways to deal with a surplus of supplies. While details of Shabangu’s plans have yet to arise, there is much concern over the chances that considerable redundancies could be part of the equation.

A Stressful Time in South Africa

Over the course of the past year, things in South Africa haven’t been especially pleasant. Protests and picketing have led not only to a great deal of arrests but to heavy violence as well. For those who work in the mines, life has been a series of ups and downs, focusing more heavily on the latter as of late.

Mining companies are dealing with an issue that speaks a great deal to the concept of supply and demand. With an overwhelming surplus of platinum at hand and simply not enough demand for the metal, prices have fallen dramatically.

Not all is well for gold, either. Gold bullion is down 18%, sending investors into a veritable panic in trying to determine how to properly deal with the metal as an investment.

While some investors believe now is the perfect time to enter into gold, others believe pricing could drop even further and that holding off would be the better bet. Still, no one can tell for sure where the metal will end up or how long it will take for it to get there.

Anglo American Platinum Ltd. (OTC: AGPPY) has also taken quite a hit from the platinum drop. The company has seen a loss in the past year, raising fears that such a trend could continue if something is not done immediately.

As a result, AAP plans on focusing on redundancies as a way to help curtail costs and bring profit back into the scenario. While the company originally planned to lay off 14,000 employees, Anglo American Platinum had no choice but to back off from the proposition in order to help keep union resistance down.

The Future of Gold and Platinum

It’s not easy to tell where gold and platinum are likely to end up in the future, especially given the fact that both metals have had trouble performing as of late. For investors who aren’t already involved with metals, now may be the time to jump on board if the industry is of interest.

Just because things aren’t exactly where they should be at the moment doesn’t mean that a meteoric rise couldn’t occur at some point soon. Much of this will depend upon how the global economy fares, and with America’s economy looking towards a brighter future while Europe continues to struggle, it’s not easy to tell where metals might go.

If anything, the efforts of Shabangu should at least help to curtail violence in South Africa related to mining strikes, which has created a subset of problems all its own. It’s clear that Shabangu has a tough decision on her hands – one that may not have clear consequences until years down the road.

Needless to say, however, something has to be done in order to help South African mines from falling apart entirely, as losses are becoming overwhelming.