Investing is so chock-full of variables that sometimes not even a career’s worth of experience can prevent a misstep.

Even self-made bond guru Bill Gross – manager of PIMCO’s Total Return fund (PTTRX), the world’s largest mutual fund valued at over $285 billion, posting positive returns for 23 years and negative returns for only 2, crowned with a Lipper rating of #1 since inception and Morningstar’s best rating of 5 stars – can sometimes miss the bull’s-eye. 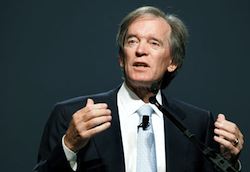 Gross’ fund lost 4.7% of its value in the bond sell-offs of May and June, and as of July 2nd, it had a YTD return of -2.83%. Investors withdrew nearly $10 billion from the fund last month in its worst outflow ever.

The misstep wasn’t so directly related to the recent U.S. Federal Reserve’s announcement of upcoming stimulus tapering that threw a wrench into the bond market’s gears. It was based more on the expected effects stimulus would have on consumer prices – a.k.a. inflation. The recent Fed-induced bond market sell-off simply turned that misstep into a stumble.

Since then, bond fund managers including Gross have joined several Federal Reserve Bank members in quelling the market’s jitters. But will they succeed in preventing a full-out bond market meltdown? Should investors buy into their reassurances that bonds are safe? Or is the changing stimulus climate going to make bonds a losing proposition?

All throughout the Fed’s monetary easing program, economists and money managers including Gross have been in high expectation of inflation. And reasonably so; a flood of cheap money erodes the dollar’s purchasing power, making everything more expensive.

Since 2011, Gross has held from 9 to 12% of his Total Return Fund in Treasury Inflation-Protected Securities (TIPS), a U.S. government Treasury linked to the Consumer Price Index that automatically adjusts in value to changes in inflation.

That is all fine and good – so long as inflation rises, since the value of TIPS would rise by a corresponding amount, and your investment wouldn’t lose its purchasing power over time. But if inflation falls, so do TIPS.

While the breeze of rising inflation remained in the air, TIPS would hold their value. But the Fed’s announcement of a soon-approaching bond purchasing reduction and its termination by 2014 virtually eliminated any fear of prices rising out-of-control.

“Inflation expectations haven’t budged after three or four years of hyper-easing and now we are looking at an expectation for a Fed that will become less accommodative. It was sort of the worst news that the TIPS market could receive.”

TIPS started to fall, along with longer term bonds in general. Gross’ fund was suddenly hit with a double-whammy: once when the bond ship was broadsided by the wave of general bond selling, and twice when the safety line everyone was clinging to in TIPS snapped as inflation expectations swung the other way.

To help isolate the contribution TIPS made to PIMCO’s losses, we can look at rival bond fund manager Jeffrey Gundlach. He does not hold any inflation-protected Treasuries in his fund, DoubleLine Total Return Bond Fund (DBLTX), which lost only 2.6% during the past two months, compared with PIMCO’s Total Return Fund loss of 4.7%.

Gundlach has called TIPS a “trap”, as he does not expect inflation to run out of the Federal Reserve’s control.

“I think the place – the one place – that you're likely to make money in the next several weeks, maybe couple of months, is actually, believe it or not, the most hated asset class on the planet: Long-term U.S. government bonds ... What I'm really looking at to reach that conclusion is the fact that there is no inflation anywhere. There's no sign of inflation,” Gundlach recently expressed in a CNBC interview.

Retrospect makes it clear how Gross and other TIPS investors have jumped the starter’s pistol. Everyone knows inflation is going to come, with the Fed even promising it, repeatedly stressing its commitment to coaxing a 2% annual rate of rising prices. What caught these traders was a false start. They jumped the gun and traded too soon.

This wasn’t the first time Gross traded too soon. In early 2011, he sold his fund’s entire Treasuries collection, causing the fund to miss the subsequent leg up in bonds.

But bond fund managers and individual investors alike have a very difficult task on their hands in trying to time the starter’s pistol just right. While some jump ahead too soon, others run the risk of moving too slowly off the blocks.

He and others who are betting on long term bonds to hold their own may be caught slow-footed when the race toward short duration holdings gets underway, if it hasn’t already.

The only way to cope with all these constantly changing variables and market timing events is to ensure your portfolio has enough free cash to absorb any shocks from getting any of these variables wrong. Cash is like the rubber bumpers on your car. If you overshoot your parking space either too far forward or back, your extra cash will buffer the jolts.

We can expect a choppy summer for bonds and equities alike, strengthening the need for those cash buffers. Q1 GDP was revised down, and rising mortgage rates have already taken some of the gusto out of the housing market, which was the primary driver of recent economic growth. Until mortgage rates started rising, the housing sector breathed life into everything from construction, to employment, to home furnishings, including “wealth-effect” shopping sprees as rising property values made American’s feel better about their finances.

Noting rising mortgage rates as a potential headwind, Gross wrote in a letter to investors, “Will there be smooth sailing tomorrow? 'Red sky at night, sailors delight?' Hardly.” He expects the Fed will be unable to reduce stimulus all too soon given the slowing economy, which will once again draw investors into bonds and push the yield down to around 2.2% on the 10-Year.

Yet as we look ahead into the broader investment climate over the horizon, we see that stimulus will slow and stop at some point, interest rates will rise, and inflation will eventually reach the Fed’s 2% annual target.

These weather signs tell us that the stimulus season is changing. Long duration bonds (10 years or more) and locked bond rates are on their way out, to be replaced by short duration bonds (less than 5 years) and variable rates.

Whether you transition this very week or wait until the end of the summer shouldn’t really make too much of a difference in the grand timeline, especially considering we will be sailing through this new monetary tightening climate for the next 4 to 6 years or more.

And if you make a mistake along the way, remember that even the most experienced and best respected of professionals make them too. Success does not require performance without errors; it comes from your performance despite them.