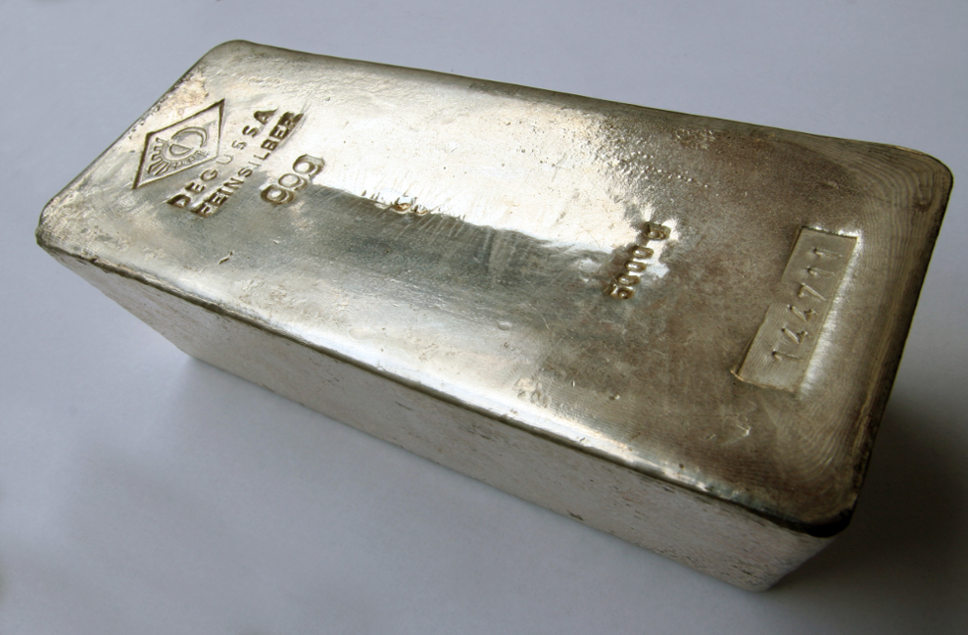 For years, many precious metals traders and investors believed – and many still do – that the fix was in on metals prices, with some accusing banks and metals dealers of outright price manipulation.

Now the fix is on its way out, starting with the silver market.

If the transition to a new benchmark pricing mechanism in the silver market is successful, the daily price fixes of other metals, including gold, might soon be removed as well.

As of August 14th, silver’s daily price fix will be no more, opening the door to numerous proposals by large banks and trading houses for a replacement of the fix with some other kind of benchmark pricing system.

But do we really need any price fixing mechanism at all – be it the current daily fix or a replacement of another type? And if it turns out that we don’t really need them, won’t any kind of daily fixing mechanism simply keep the suspicions of price manipulation alive? What really is their point?

Why The Fix Was In

The need to have the prices of silver and other precious metals “fixed” or “matched” on a daily basis originally stemmed from the metals’ once fragmented marketplace.

Worldwide there are hundreds of suppliers selling the metals they extract from their mines, and thousands of buyers from banks, to mints, to jewellers purchasing them. With transactions taking place in dozens of currencies and in hundreds of cities scattered all over the world, prices can quickly fall out of alignment from one city to another, especially when there is heavy buying in some cities and light buying in others.

Such disparities in metals prices can really add up if someone were able to capitalize on them, which is precisely what the Rothschild banking dynasty of Europe did during the 18th century, amassing the world’s largest privately held fortune at their zenith by the 19th century.

As precious metals prices varied from city to city, messengers on horseback would relay the prices back and forth. Luckily, prices didn’t fluctuate as quickly then as they do today, so a list of quotes across Europe’s major cities would still be fairly accurate several days later.

Pretty clever. Today it’s called “price arbitrage”, and it can still happen from one stock exchange to another, where a stock can trade in two different countries at two different prices slightly out of sync with each other, until traders notice the disparity and arbitrage-away the gap.

So even today there exists a need for “matching” or “fixing” a metal’s price globally on which buyers and sellers in all cities can base their trades. Really, then, the daily fixing of metals prices actually prevents price distortions, rather than causing them as many conspiracists believe.

As London Silver Market Fixing Ltd describes its practice: “For over 110 years we have been fixing the price of silver providing market users with the opportunity to buy and sell silver at a single quoted price. It also provides a published benchmark price that is widely used as a pricing medium by producers, consumers and investors.”

What Will Replace the Fix?

After working so well for 117 years, the silver price will receive its last fix on August 14th of this year. Why? Well, it turns out it really wasn’t working as well as everyone liked to believe.

While there is value in the concept or intent of realigning fragmented prices into one global fix to ensure a fair price for buyers and sellers the world over, the execution of the fix may not have been all that transparent.

“The move [to abandon the fix] comes on the heels of increased scrutiny by European and US regulators into precious metals price-setting following the Libor scandal and probe into possible forex market abuse,” reports the Financial Times. It looks like the conspiracists weren’t simply paranoid after all.

Duestche Bank recently resigned its membership on the silver and gold fixes, leaving just Scotiabank and HSBC to take care of the silver price all by themselves – which makes the conspiracists laugh all the more.

The UK’s Financial Conduct Authority subsequently asked Deutsche Bank to remain on the fixing board until a smooth transition to another silver benchmark can be made, hopefully by August 14th when the London silver fix will finally be broken.

In preparation for its demise, discussions will soon be undertaken “to explore whether the market wishes to develop an alternative” to the fix benchmark. Already several companies and firms have come out with suggestions for possible replacements.

Platts, “a division of McGraw Hill Financial (NYSE: MHFI), a leader in credit ratings, benchmarks and analytics for the global capital and commodity markets,” as the company describes itself, has suggested moving the existing daily fix to an open and transparent electronic auction system with an independent chairperson adjusting silver’s benchmark price according to the auction’s supply and demand.

Autilla, a London-based commodity firm, also proposed retaining the daily fix’s process, but having it automated on a cloud-based platform for global traders to see.

The London Metal Exchange – the world’s largest metals trading market – has proposed creating a new electronic spot silver auction which would be listed on its LMEselect trading platform.

Even financial news provider Bloomberg has tossed its hat into the ring, offering to create and carry a new silver auction on its Bloomberg Professional trading platform.

Perhaps the experts see something the rest of us don’t, and for that reason get paid the big bucks. But it seems to me they are looking for ways of reinventing the wheel. The market already has what they are looking for, a silver auction price which can be used as a benchmark to ensure a fair silver price around the world… silver futures.

But that’s just way too easy. We’ll just leave them to their work for now. Over the next few weeks before the

August 14th termination of the silver fix they will surely concoct some new fancy and likely unnecessary replacement.

And they probably won’t stop there. As Ireland’s Trinity College professor of finance Brian Lucey points out,

“There will now be pressure on the gold fix to make clear its [usefulness]. If one fix can go, why not another?”
Indeed, why have any fixes at all? We can understand why they began over a hundred years ago, as an orderly means of agreeing on a global price for metals to ensure fair trades in a fragmented marketplace.

But now in the 21st century, we have the marvels of electronic markets which already host futures contract auctions in which buyers and sellers all over the world can participate. This seems to be a clear case of simply letting the market set its own price according to the natural forces of supply and demand.

Sometimes it really is as simple as just letting the market fix itself.