This Could Have Saved Malaysia Airlines Flight 370

On March 8, 2014, a Boeing 777-200 containing 12 crew members and 277 passengers vanished somewhere over the Gulf of Thailand about 40 minutes into its routine flight from Kuala Lumpur to Beijing.

The jet was one of the world's most advanced modern wide-body passenger airlines, powered by the biggest, most powerful, and most durable turbofan engines ever made.

The carrier, Malaysia Airlines, is the main airline of Malaysia and an $18 billion-a-year company. It's hardly on a shoestring budget to maintain its fleet of modern aircraft (including the massive and revolutionary Airbus A380), a fleet that was due to replace its Boeing 777s this year. 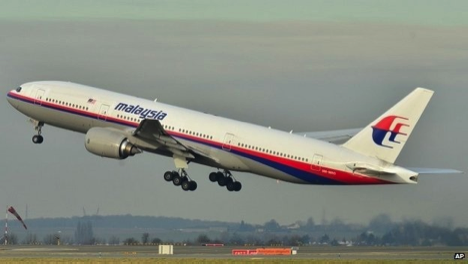 While such disasters do happen from time to time (air travel as a whole has become roughly twice as safe over the last two decades), what sets this one apart — and what I think scares most modern people — is that the mystery stems from a total loss of contact.

The loss of contact was so complete — severing both voice communication and datalink between the plane and a number of reception sites along its course — that search parties didn't and still don't know where to search for wreckage.

The plane may have flown for hours without communication with the ground, something that people in an age of text message, Bluetooth, and constant cellular connectivity cannot accept... a cut in contact between a massive airliner and civilization.

The problem at the heart of this failure lies with something called the Aircraft Communications Addressing and Reporting System, or ACARS for short.

According to its most basic definition, ACARS is a digital datalink system for transmission of short messages between aircraft and ground stations via airband radio or satellite. 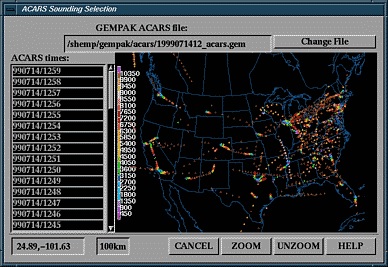 In layman's terms, it's what keeps large aircraft in constant, continuous contact with people on the ground no matter where they are.

It's been around since 1978, and it's what makes modern air travel modern.

Even those of us who have never heard of ACARS intuitively know and expect something just like it to watch over us as we calmly, obliviously fly at the speed of a pistol bullet six miles up in the air.

The loss of flight 370 illustrates that for all of its marvels, ACARS still has its shortcomings, not the least of which is that sometimes coverage by ACARS is simply not possible.

In remote areas where satellite coverage is spotty and/or lower flying aircraft have no access to ACARS datalink sites, being lost and cut off from civilization is a very real prospect.

In Africa, for example, the terrain and the VHF or HF coverage prohibit the availability of communication for entire flights using ACARS — even for small- to medium-sized commercial flights.

Think about that one next time you consider going through with that safari you've always been dreaming of.

However, as you might expect, somebody is already working on a solution.

The Next Step in Inflight Data Sharing

The company is called FLYHT Aerospace Solutions Ltd. (TSX-V: FLY), and it's doing for aircraft data sharing what your cellular phone did for your personal communications... making it universal.

Its products and services enable communication between pilots and ground support in situations where such support was previously either unreliable or unavailable entirely.

One of its flagship products is AFIRS UpTime — an automated flight information reporting system installed on aircraft that monitors the plane's vital systems, working in unison with the black box and providing voice and text messaging functions to allow pilots to communicate with ground support. 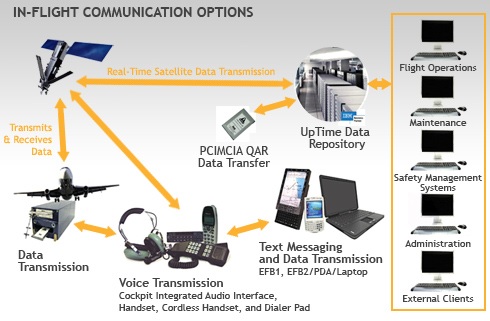 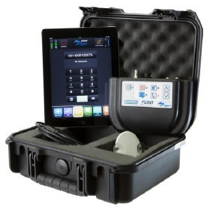 Another system developed by FLYHT is the FLYHTStream — a technology that executes real-time “triggered alerting” and black-box data streaming in the event of an emergency.

Iridium is a constellation of 66 active satellites used for worldwide voice and data communication from handheld satellite phones and other transceiver units.

Dragon takes this functionality to the next level by providing seamless voice and data communications through the cockpit and the pilot's headset.

Like many of the companies I profile here, FLYHT doesn't just build a product or a line of products... rather, it builds systems designed to tackle problems — in this case, global ones.

With innovations like AFIRS, FLYHTStream, and Dragon, modern pilots will be more in touch with potentially crucial assets on the ground than ever before.

However, even with this technical might and highly focused approach to product development, FLY is still a very small company.

They're tackling a major problem; they've got working technology; they're established in the industry; and they've got potential clients in both the military and major commercial carriers.

Put all of this together in a $61 million market cap package, and you've got a true tech investor's dream.

In fact, the company is already recognized as one of TMX Money's most promising tech stocks of 2014.

I feel good about this one, but do your own due diligence.