If you recall, the U.S. government bond market more than doubled in size during the worst years of the financial crisis due to foreign investors buying them up swiftly. Now, Bloomberg reports that the pace of those purchases has fallen to its slowest since 2006. 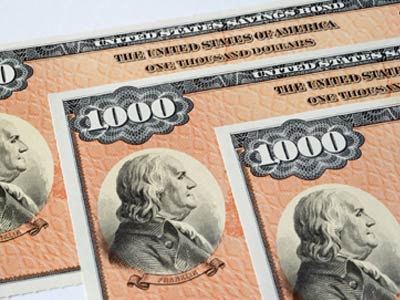 Indeed, May saw holdings of Treasuries by foreign investors rise by a mere 1.9 percent, compared to 5.2 percent last year at the same time. As well, for the first time since March of last year, foreign investors now own less than half of all outstanding Treasuries. Foreign banks reduced their holdings of these bonds via the Federal Reserve over Q2.

At the back of all this is a simple re-evaluation of yield expectations. Bloomberg sums up the situation:

“If foreign central banks are not an incremental buyer of new Treasuries and the Fed is ‘going to taper, if,’ then the Treasury will have to find another source” of demand, Thomas Atteberry, a Los Angeles-based fund manager at First Pacific Advisors Inc., which manages $24 billion in total assets, said in a July 18 telephone interview. “And that source wants a higher return to commit their money.”

International holdings of American debt dropped 0.8 percent, or $45.8 billion, over April and May, settling at $5.678 trillion. That’s just shy of 50 percent of outstanding bonds (49.8 to be precise).

The only notable outlier appears to be China, which actually raised its stake to record levels; the nation added $95.5 billion, or 7.8 percent, to hit $1.316 trillion. China snapped up U.S. bonds over seven of the last eight months.

At the heart of this lies the U.S. Federal Reserve’s stated decision to prepare for a tapering-off of the stimulus program, a position that Ben Bernanke made clear at the June 19 meeting.

In short, what Bernanke indicated was that if the general economic indicators suggest a faster improvement than we’re seeing at present, it’s possible that the Fed would begin tapering off the stimulus action sometime around the end of this year.

However, the Fed remains committed to a highly accommodative policy (i.e. greater flexibility) and will respond to every minute reaction of the market—increasing asset purchases or prolonging the stimulus should economic indicators call for it.

Benchmark interest rates will continue in their historically low range of 0 to 0.25 percent until unemployment dips below 6.5 percent or inflation rises above 2 percent. Meanwhile, general economic numbers actually do indicate improvements all around; June saw 195,000 workers added for the month (for the second consecutive month, actually), while wages increased somewhat. The unemployment rate remains at 7.6 percent, which is a four-year low.

More recently, Bloomberg notes that existing home sales dipped surprisingly over June, which sparked renewed expectations that the Fed might have to keep its stimulus program going along for a little longer.

In fact, the Pacific Investment Management Co.’s Bill Gross has gone on record as stating that he doesn’t expect the Fed to begin seriously tightening monetary policy until about 2016, and that’s at the earliest. He’s basing this on Bernanke’s testimony just last week to Congress, wherein he said it’s just too early to make any comments as to whether the Fed will begin tapering off its stimulus around September of this year or not.

So what do you do? Well, according to Bloomberg, there’s about a 60 percent chance that policy makers will keep interest rates roughly where they are through the end of 2014. Overall, it’s simply a matter of investors not finding Treasuries worth the pursuit right now, given that the Fed is suppressing them below whatever value they’d actually be worth.

Nonetheless, it’s a good thing because investors appear less concerned that yields will fluctuate abruptly. It’s expected that over the course of the year, 10-year Treasury yields should go up to about 2.63 percent. It’s best to take the longer view on this matter.