You have to love how supply/demand dynamics keep rebalancing any given market. 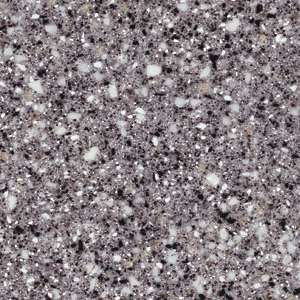 Just as a falling demand in platinum drove its price down last month, this lower price forced down supply, in turn increasing the prospect for a sharp upward rebound in price.

As is usual when a commodity’s price falls, miners find it necessary to cut costs by scaling back operations.

Anglo American Platinum, for one, has been negotiating with South Africa's mining ministry over the company’s plans to cut 14,000 jobs and temporarily padlock two of its South African platinum mines.

The closure of the mines and other operating reductions would reduce the company’s platinum output by 20%. Since the company produces approximately 40% of the total world supply of platinum, these operational cuts would reduce annual global supplies by about 8%.

“The parties are still in the process of concluding the details of the consultation and its outcome will be communicated during the week commencing 6 May 2013,” the company posted on its website.

That outcome may have hefty implications for the near-term platinum price, which has already risen some $100 an ounce, or 7%, over the past two weeks in anticipation of the mine closures.

With years of systemic labor issues throughout South Africa’s mining industry, Anglo American Platinum’s plans are already being met with fierce opposition. The current negotiations started this past January are already months past their settlement originally planned for March.

CNBC is reporting that “political risk consultancy Eurasia Group said that [Anglo American] may ‘walk-back’ its restructuring plans following intense opposition from the ruling African National Congress and labor unions,” and “will reduce layoffs by a half to two-thirds and presumably scale back production cuts.”

But the company’s token partial retreat many not be enough to pacify the labor unions, especially since the more militant Association of Mineworkers and Construction Union (AMCU) has become the majority union at the company’s mines.

Mark Rosenberg, Senior Africa analyst at the Eurasia Group, warned CNBC, “the AMCU ‘will likely reject the [company’s] plan, even if it does significantly scale-back retrenchments.’ That raises a ‘high risk’ of strikes and production losses in May and June, he added. ‘The union will view the … restructuring as a threat to its new-found power and will likely fight to maintain it.’”

May and June, he says. That is pretty imminent.

Anglo American Platinum already wanted to scale back production to cut operating costs and reduce supply in order to drive up the platinum price and company profits. You might say the company will achieve its ends one way or the other—with or without a general strike.

Either way, through production cuts alone or in conjunction with labor strikes, prices are set to rise—not just for platinum alone but potentially for all the PGMs.

“South Africa has a history of labor issues,” Jonathan Barratt, editor and founder of the commodities newsletter Barratt’s Bulletin, explained to CNBC Asia’s Squawk Box. “Remember the PGM [the platinum group of metals] market is very tightly controlled, so any concerns there in terms of labor issues will hit the market relatively quickly. As a result, I think you will see a bounce [in prices].”

How much they rebound depends on demand. Current global platinum stocks are estimated to be near 134 tons, which is barely 7 months’ worth of demand. This demand, although muted in Europe at this time, is seen picking up in India and Asia, where a 9% rise in jewellery purchases is expected.

Further demand is seen coming from the growing automotive sector, where auto production continues to climb.

Add to this growing demand any fall in supplies through mine closures and labor strikes, and analysts agree higher platinum prices may be just around the corner.

“The platinum price this year remains in the balance and will very much be determined by supply side factors again in 2013,” informs William Tankard, mining-sector director at Thomson Reuters GFMS. “Should restructuring take place and supply be kept off the table, we would expect a reasonably positive investor sentiment to take on a small surplus and drive a pick-up in prices through the year, to average almost $1600.”

Apart from the highly leveraged platinum futures contracts, investors hoping to capitalize on any potential rise in the platinum price have several choices of stock.

Platinum ETFs offer more precise tracking of the metal itself than do the metal’s producers who often mine other metals in addition to platinum. ETF’s include:

Platinum producers will generally offer a little more diversity to the holding, given their focus on other metals as well as platinum. These include: