One Zero-Carbon Fuel for Every Car, Ship, and Plane

In the world of powered propulsion, the high seas have always led the way in innovation.

The first-ever steam-powered watercraft, the Pyroscaphe, designed and built by French naval architect marquis de Jouffroy d'Abbans, was transporting passengers in August of 1783 — preceding the first ever full-scale steam locomotive by almost 21 years. 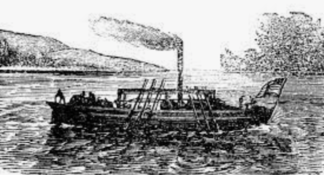 Even more interesting, however, is that diesel-electric shipping, which ended up dominating seaborne transportation for much of the 20th century, actually started regular operations a year prior to all this, in 1903, with the introduction of the Swedish-built 245-foot Vandal.

You're getting the point.

When it comes to new sources of power, shipping has always led the way, right from the very start of the industrial revolution.

Today, that pattern is about to repeat itself yet again with the mass adoption of a revolutionary carbon-free fuel that can be now produced on-site using nothing more than air, water, and electricity.

That fuel is green ammonia, and the world's biggest shipbuilders from Scandinavia to Japan are now preparing to transition to a green ammonia economy.

The benefits, as stated before, are huge, and each is game-changing in its own right.

Burning ammonia produces zero carbon, with the only byproduct of the reaction being water vapor, and since producing ammonia can now be done with an equally non-existent carbon footprint, the entire cycle is clean.

Adding to the appeal, especially to the automotive industry, is that it only requires some minor modifications to adapt any common internal combustion engine to run on ammonia.

That means you could take the very car that sits in your driveway right now, make a few basic retrofits, and drive around producing exhaust clean enough to drink.

Kind of makes one wonder if there's any point at all to the electric vehicle hype.

Now, to the really world-changing stuff...

Ammonia production has classically been done through the energy and carbon-intensive Haber-Bosch process.

Thanks to recent innovations, however, ammonia can be manufactured using compact, modular production facilities that run off electricity and requires no raw materials aside from water and air.

This would allow ships to leverage onboard solar installations into on-site fuel production.

It would also effectively create a distributed energy storage system, like the kind required for every solar and wind farm, to store excess electricity.

Electricity goes in, ammonia comes out. When the power is needed in times of high demand and low production, that same ammonia is fed through a generator and out comes the electricity.

That is why it's been called a “universal fuel” — it could potentially power the entire economy, and do so completely free of the carbon cycle.

My colleague Keith Kohl has been following this story for some months now, because from an investment perspective, the proverbial ship is weighing anchor and getting ready to leave the port.

If you do a quick Google search for “ammonia fuel,” you'll see that the headlines, particularly in periodicals targeted to professionals, have increased in frequency by an order of magnitude over the last few months.

Get in Ahead of the Wave

This is what we call a point of inflection in the investment world. It's a signal that an industrial trend is emerging.

It means that it won't be long now before retail investors start grabbing up shares of the most prospective ammonia pure plays.

Once that happens, the show is already over. Even with decades of growth in the offing, the best buy-in window would have closed.

Keith has already identified the best plays to make in this sector, including one company with the potential for 10x growth in the next two years alone.

To make things quicker to digest, our video team has put together this easy-to-read report that details the tech, the market, the future prospects, and, of course, the companies that are leading the way.

It takes only a few minutes, and there's no registration required.

Take a look now. Knowledge can't hurt your fortunes, after all. Only ignorance can.