OWS Back from the Dead?

One year ago this week, the world got its first taste of what would come to be known as the Occupy Movement.

Clad in too-tight jeans and sporting all manner of Apple products, the self-appointed representatives of the 99% descended upon Lower Manhattan with protest signs demanding everything from the end of money to the forgiveness of their own personal debts.

Before long, similar protests erupted in a number of major U.S. cities — each with their own unique flavor, but all sharing one basic feature the OWS movement would become known for...

A lack of focus.

As skeptics and onlookers around the world criticized this apparent lack of understanding of their own complaints, organizers slowly started to piece together a list of demands in an attempt to define the character of the protest.

Searching the Internet, this is the closest thing to an exhaustive list I could come up with:

Although unofficial (as all things OWS were in order to stay true to their super-grassroots nature), this list touches on everything from free education to ending reliance on fossil fuels... to opening the borders for free immigration... to a guaranteed living wage... to — my personal favorite — the immediate forgiveness of all personal debt; some $65 trillion worth of it.

Well, one year later, as the stoutest of these protesters takes back to the streets in what can only be described as a strange, mutated, zombified version of the original, at least one demand has already been added to this hefty list: government regulation of the art industry.

Artist Beth Whitney, 45, apparently seeing the shortcomings in the 13-point list, decided that art itself has become a tool for the 1% to abuse the other 99%.

If you're detecting a note of sarcasm here, it's for a reason...

And sadly, that reason has remained unchanged in the 52 weeks since this case study in mass-consciousness whining began.

From its very beginnings, Occupy Wall Street was a mockery of itself.

Spurred on by financial hardship that found its roots primarily in the very predictable ending of the real estate bull market, hundreds of thousands of educated yet under-qualified young people (and a couple older people to boot) took to the streets to complain about a small segment of the population whose only real salient distinction in this whole thing was that they hedged properly against the inevitable end of housing appreciation — and demanded something they were never entitled to in the first place.

Showing a total lack of accountability for their own irresponsible spending, their haphazard, self-centered selection of college majors that virtually guaranteed no work — and therefore no ability to repay loans, and their childish jealousy of the rich, this group took to the streets and demanded things that were not theirs to begin with.

Maybe some of them thought they were carrying on the revolutionary spirit of their parents and grandparents, who protested in the name of things like civil rights and an end to the Vietnam War.

Well, those who considered themselves the spiritual brethren of 60s-era protesters should be put on notice that the mere comparison is an insult to their idols.

In the 60s, protesters fought for something that rightfully belonged to them — namely, the rights to live free of racially-biased oppression, and, in the case of the Vietnam draft, the right to live without getting shot at.

They did not fight for what amounts to nothing more than free money... or the right to be free from self-imposed financial obligations that come with signing the dotted line on a loan agreement.

OWS is a Crock

Whatever it was one year ago, it is today a sadder, more pathetic, more laughable version of that very thing.

But this is a financial publication. And as much as I like to point out the absurdity of what goes on in the heads of some of the more spoiled of our youth, I'm going to now point out how the mere passage of time has already healed much of what this army of professional complainers was complaining about...

The stock market — whose collapse was blamed on the 1% and largely credited with widening the financial crisis to sectors outside of the flash point of real estate — is at a five-year high. 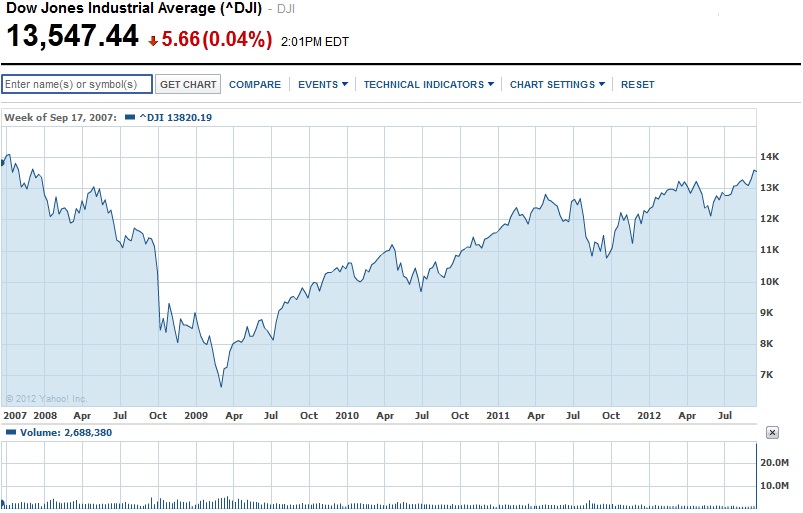 And housing prices — whose bubble burst, causing millions of over-leveraged mortgagees to lose vast chunks of their paper net worth and starting the failure cascade in several harrowing weeks in 2008 — are also recovering. 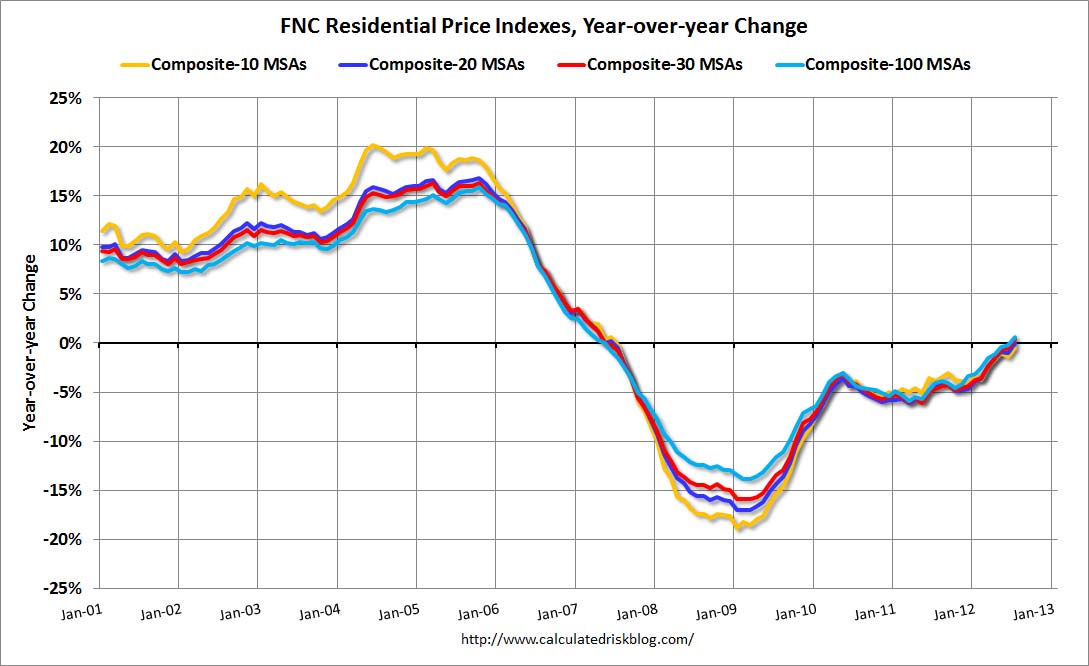 Amazingly enough, this is all happening without a single of the OWS demands being met.

So I guess my big question today, on the first birthweek of the OWS movement, is: What exactly is everyone still so angry about?

Are they angry that corporations do not pay enough taxes?

Well, they should be happy to know that ours are already tied for the highest in the world.

Are they unhappy that the wealthy do not pay enough taxes?

Perhaps they should be reminded that while 47% of Americans do not chip in anything more than displaced air and methane to the equation, the 1 percenters pay 38% of total federal income taxes collected by the IRS.

Are they unhappy that the rich take advantage of unfair exemptions?

If so, the OWSers should educate themselves on the concept of long-term investments — and how while the tax rates on long-term gains are far lower than the highest federal income tax bracket, the practice of investment also comes with inherent risk of loss...

Not to mention the fact that by investing their money, the wealthy help finance economic growth, which does, indeed, lead to more business, stronger industry, and — yes! — more jobs.

To ask for more, when so many contribute nothing at all, seems nothing short of childish to me, especially when the economy is finally starting to return to its glory days of five years ago.

However, there is one demand whose validity all of these tough but concrete facts about where our national wealth comes from cannot empirically refute: the need for art regulation.

My advice to OWS, if they want to be celebrating the movement's second birthday one year from now...

Take that demand and run with it.