Monsanto to Get "Blanket Immunity"

Not everyone considers Monsanto (NYSE:MON) to be a household name, but for those who are health-conscious, the word brings to mind equal concentrations of fear and anger. Now, things are about to get a whole lot scarier.

According to Natural Society, the latest in the news of the Monsanto biotech corporation getting even more into bed with the U.S. government comes in the form of the “Monsanto Protection Act,” legislation that gives the company “blanket immunity” if the USDA decides to review their genetically-modified products for any dangers that could exist.

This change of wording in the Senate legislation would leave the USDA powerless in the event that any new GMO crops are suspected to cause environmental hazards. The bill could be passed as early as this week, and it comes in the form of a rider carefully placed in the Senate’s Continuing Resolution spending bill. 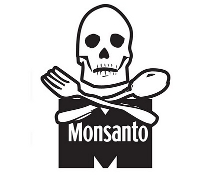 If the bill is passed, it would practically put Monsanto above the USDA when it comes to reviewing potentially dangerous crops. Put simply, the USDA would be powerless to stop the planting of any GMO crops that are under review, which many feel rests on a technicality that would give approval to new GMO crops that could cause potential health or environmental hazards. Federal courts would have little to no power in regulating the sale/production of GMO crops under this legislation.

This is not the first time that the act has come to light, however, and not everyone is sitting quietly. When the act initially emerged last summer, a variety of food safety organizations jumped at the chance to petition, including the Center for Food Safety, the American Civil Liberties Union and the National Family Farm Coalition.

Even though organizations such as these were quite vocal about what the legislation could do in terms of hurting food safety, it didn’t stop Monsanto from wiggling its way back into the Senate.

Perhaps one of the major issues involved with the dawning of this potential legislation is just how heavily entwined Monsanto is with the U.S. government already. Early on in President Obama’s campaign, he spoke out about the importance of labeling genetically modified food and knowing where one’s food comes from. Once elected into office, however, he elected Monsanto-related officials into key roles, elevating fears that Monsanto lobbyists had more control over government than previously thought.

According to Natural News, former director of the Monsanto Danforth Center Roger Beachy was brought in as the director of the Natural Institute of Food and Agriculture. Former Monsanto vice president of public policy was made deputy commissioner of the FDA, becoming a major influence on finding approval for the Monsanto genetically engineered BGH (Bovine Growth Hormone).

Numerous other former Monsanto officials have found their way into governmental roles, leading many to believe that the corporation is in bed with the U.S. government like no other.

Monsanto is the country’s leading producer of genetically engineered seeds, and it also produces powerful pesticides that have been known to travel from one field to another by air, effectively ruining crops that were not previously sprayed. The corporation has come under the fire of food safety advocates for years, especially those who have fought for laws requiring companies to label food products containing GMOs.

Those who originally advocated Barack Obama during his run for presidency had high hopes about what his getting into office could do in terms of shedding light on GMOs and perhaps kicking Monsanto down a few notches.

It quickly became clear, however, that Obama’s presidency would do little to break up Monsanto’s role in government, especially once he hired a number of previous Monsanto employees to serve key governmental roles. With this new legislation on the table, skeptics have become even more critical of the President and his choice of actions.

It’s uncertain as to whether or not this latest in a run of legislation will pass, although it’s fair to assume that even if it gets shot down, Monsanto will continue to increase its role in government and seek the immunity that legislation such as this would provide. Food safety organizations are hoping that spreading the word will do what is necessary in order to keep Monsanto in check.