Nickel Will Fall Victim to Oversupply

For all you out there who were looking for a more compelling reason to start worrying about the status of the global economy, your wait is finally over.

It may not be as glaring as real estate prices or as headline-grabbing as the stock market collapse of 2008, but this most recent sign cuts to the very core of what industrialize society needs to run.

The symptom I'm talking about is best summarized in a Bloomberg article from last week:

At a time of scarcity in everything from crude oil to copper to corn, nickel is heading for the biggest glut in four years, driving prices lower into 2012.

Underwhelmed yet? You really shouldn't be.

The smart money will be keeping its eye on this story more so than just about every other out there...

You see, nickel holds a very special place in our modern world.

That's because most corrosion-resistant metals rely either on nickel, chromium, or a combination of the two to fight off the effects of oxidization. The vast majority of stainless steel alloys simply wouldn't be possible without it.

In fact over 60% of nickel mined on an annual basis (about a million tons) goes straight toward production of heavy-duty stainless steel alloys.

It goes into our cars, into aircraft bodies, and into the steel frames of modern high-rise buildings.

The remaining 40% is consumed by other essential modern applications such as nickel-copper alloys used in wiring and electronics, heat-resistant alloys used in internal combustion engines, jet and rocket engines, as well as other high-tech uses including batteries and conductors. 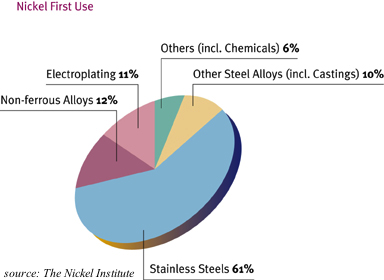 Between now and next year, however, this demand is scheduled to slow considerably, with China — the world's biggest market for the crucial alloy metal — slowing its appetite by up to 75% from 2010 growth levels.

According to Vladimir Strzhalkovsky, CEO of the Russia's OAO GMK Norilsk Nickel: “If there is a glitch in the global economy, demand for industrial metals will go down. It’s dangerous to depend on nickel.”

But the relative softness of that remark needs to be taken with a grain of salt.

As the figurehead of the world's #1 nickel producer and one of Russia's biggest corporations, Strzhalkovsky cannot be expected to voice his full views on this global market phenomenon.

His subtle warning must be viewed as nothing short of a red flag.

Given China's current annual economic growth rate of 9.8% — and given the rate at which they've been developing and expanding their urban areas — a drop-off in something as essential to this process as nickel simply does not hold up to logic.

If nickel demand is to do in the next 18 months what it's been predicted to do, the world's fastest-growing economic powerhouse should be expected to experience a general pullback within that same time frame...

Not good for the Chinese — and even worse for the rest of us living in nations already past this key growth-spurt stage enjoyed by China in recent years.

U.S. Federal Reserve Chairman Ben Bernanke summed up his views on the matter earlier this month when he remarked, “Nickel supplies are increasing at a time when economic growth is showing signs of weakening.”

But just how bad is it?

Ian Henderson, who manages about $10 billion of natural-resource assets at JPMorgan Chase & Co. in London, states: “I don’t think there is a commercial logic for the price where it is today. A nickel price of $15,000 is entirely possible.” 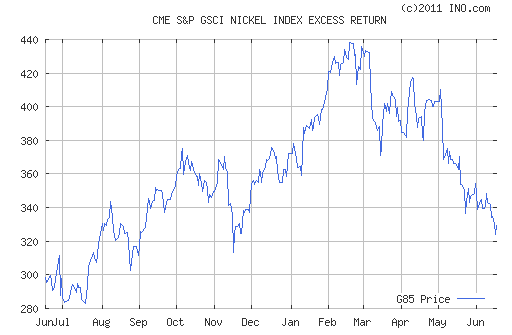 This new outlook is especially grim to Chinese producers who, unable to sustain production at these prices, are looking at massive shutdowns by the end of this year.

But viewing at this from the perspective of nickel alone provides a very limited picture of what is happening.

It's a recipe for a slow and gradual slide into general stagnation.

Scariest of all is that this trend has gradually been developing under our noses, while we reeled from all the other tell-tale signs of an impending global recession.

But let's step back from all the doom and gloom for just a second.

There's little we can personally do about a worldwide economic slowdown. What we can do is use the information we have to make the right moves to protect our personal property from the effects of such a slowdown.

Remember, the problem isn't in the nickel; it's in everything else. Nickel's slow collapse is just a sign of what's coming... which means your investments — no matter how removed from nickel they may be — are all in jeopardy now.

It leaves you with only one real move to make.

The upside is that this one move is so perfectly geared to take advantage of this macro-trend, the gains are virtually guaranteed.

You can short the market, of course, but I prefer a more direct, more focused strategy that gets right to the heart of the matter.

And that strategy is the ETFS Short Nickel ETF (LSE: SNIK). 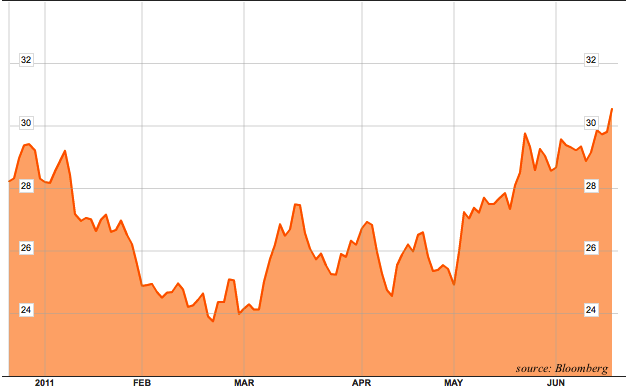 A nickel short ETF that's easy to buy and easy to sell, it tracks the decline of nickel prices, putting dollars back in your pocket while everything else suffers the consequences.

If nickel takes the 25% loss by year's end (as it has been anticipated by sources most biased toward the success of the nickel market), the value of your investment will increase by 25%.

If the nickel market goes down even further — which, by all accounts from more objective sources, it will — your investment will rise accordingly.

Of course, I wish I could have written you today about an investment that will signal the revival of the global economy. Unfortunately, writing fairy tales isn't in my job description.

Do the best you can with what your given today. Bet against nickel.

P.S. Despite the global outlook, there is one commodity out there today which will continue to appreciate, although less because of growing demand and more so due to market manipulation. For the last 20 years, the Chinese have been slowly building a monopoly in this crucial class of industrial metals. With 97% of production in their hands as of last year, the next step in their master plan included export cuts and price control... What they didn't count on was a massive discovery in the place hardly touched by modern industry. Find out what this $273 billion mining treasure trove will mean to the world's high-tech industry — and the name of the company which will own it all.