Get Your Piece of the NFL's Billions...

In a matter of weeks – if not days – the football lockout could be over.

In what could've turned out like the 1994-95 Major League Baseball strike, things could be getting back to normal.

And we could make a killing from the news...not just the $9 billion juggernaut, known as the NFL.

Whatever your feeling is about the owners or players, it just doesn't matter any more. “For the love of the game” has lost all its meaning. It's all about business. It's a bunch of billionaires and multi-millionaires crying about money. It's a crock.

But why let the NFL continue to profit from this... when you can by trading the news early?

According to one report, news of lockout negotiations are 80% to 85% complete with several key figures canceling vacation because “they believe a deal will be struck within a matter of days.”

Another source told Yahoo Sports a “June 30 or July 4 announcement is a reasonable expectation.”

And if a deal is struck, it'll be music to the ears of fans, coaches, players, and business partners alike, including the likes of Buffalo Wild Wings (NASDAQ: BWLD), Under Armour (NYSE: UA), and beer giants like Budweiser (NYSE: BUD).

For Buffalo Wild Wings, more than 10% of the company's business is related to NFL game days. But should the dispute end long before NFL season gets under way, the stock could easily break from its coiled spring to the far upside. 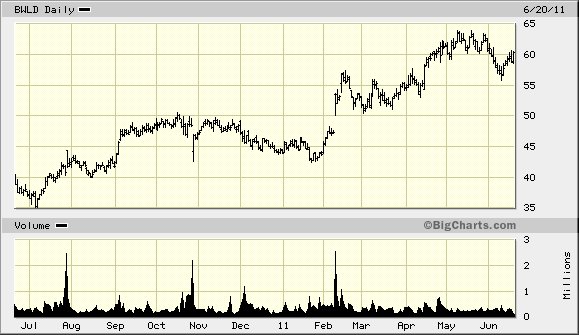 Just last year, DTV pulled in between $600 million and $750 million in subscription revenue from its Sunday Ticket service. Advertising revenue added another $100 million. Loss of a season could easily cut into DTV's profits. Easily. 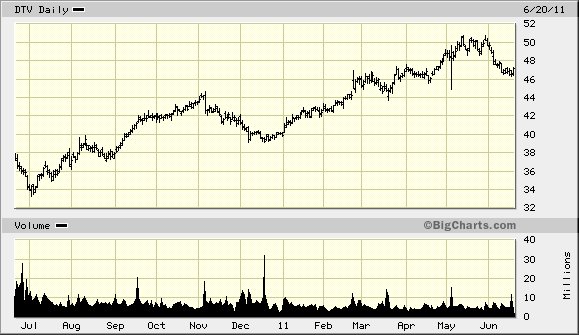 But an end to the lockout could send DTV flying higher.

While the company will reportedly launch Madden NFL 2012 (lockout or not), the company could lose a chunk of projected sales of the game.

In fact, gross revenue could fall by as much as $80 million if the football season were canceled. And according to Peter Moore, president of EA Sports, the “lockout’s impact could be as much as 35%” with a Wedbush Morgan Securities analyst putting a potential drop as high as 50% of Madden NFL sales.

An end to the lockout sends the stock higher.

What Will Allow Us to Profit

Like I said earlier, we can profit from the speculation of a done deal... and the actual news of a done deal. And that's because not all news is baked into the market, or accounted for.

It's another options trading trick we've been using in our options programs.

You see, “the market could still be absorbing or reacting to news releases hours, if not days, after they are released. The study found that the effect on returns generally occurs in the first or second day, but the impact does seem to linger until the fourth day,” says Martin Evans and R.K. Lyons in a report found in the Journal of International Money and Finance (2004).

It's also known as information friction, or the delay in the dissemination of news to a greater number of investors through electronic media. Sometimes the news or rumor we pick up on won’t be fully disseminated, meaning the intended audience won’t get it until later in the day when they get home from work. By then, we’ve already bought the stock and are just waiting for the trigger (the nightly news report, for example) that’ll throw gasoline on our small flame.

And it'll allow us to profit significantly on the NFL lockout news.

You see, by buying stock in effected names such as Buffalo Wild Wings and Under Armour early enough, we're buying before news has a chance to be priced in... and long before the news dissemination process begins.

One of the best ways to trade that friction is with call options, which we explained in further detail here and here.  Just don't let either of those options explanations confuse you. They're easier than you think. In fact, I cover just how easy options are in this new report from Options Trading Coach.

The Incredible Shrinking Middle Class
Here's a copy of the chart of the day. As you might have suspected, the rich get richer while everyone else basically gets to tread water.
Why Bernanke is Wrong on Inflation
From the man who told us subprime was "Contained", Bernanke is giving us the same nonsense on inflation. Why he is absolutely wrong.
Weekend: Bernanke's Box
Editor Steve Christ tells readers why a decade of monetary hi-jinks has unleashed a pestilence unto the world.
My Favorite Silver Trading ETF
Analyst Greg McCoach shows investors how silver could be trading near $70 an ounce by Labor Day and gives readers one of his personal favorite silver trading tools.
Buffett's Envy: 50% Annual Returns, Guaranteed
Warren Buffett once told investors at an annual shareholder meeting, "...it's a huge structural advantage not to have a lot of money. I think I could make you 50% a year on $1 million. No, I know I could. I guarantee that."