NASA Gets Into the Graphene Battery Game

Last week, NASA made headlines when it announced that it was testing graphene rechargeable battery technology through its SABERS (Solid-state Architecture Batteries for Enhanced Rechargeability and Safety) project.

SABERS, which is part of NASA's "high-risk, high-reward" research initiative, aims to develop next-generation battery technology for potentially game-changing applications such as electric aircraft as well as spaceflight.

The end goal, regardless of where the tech is ultimately implemented, is a battery that's "powerful, light, fast to charge, scalable to any application, and extremely safe" — all areas where existing lithium-ion batteries are seen as deficient.

If you've been following my coverage of graphene battery tech for the last few months, however, none of this should come as a surprise.

Graphene battery research has been moving along at a dramatic rate over the course of the last several years, but — and this probably will come as a surprise for anybody who hasn't been reading Wealth Daily — some of the biggest achievements in the space come not from NASA or any other space agency but from an Australian company based in Brisbane, Queensland.

How Did NASA Become Second-Fiddle to an Australian Startup?

The principal breakthrough in the technology has been in production methodology, which has been a major stumbling block in the development of commercial applications for the wonder material. 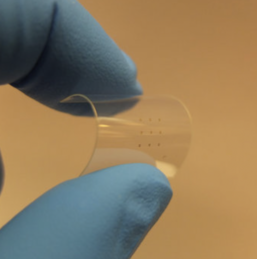 When graphene research first began in earnest, at the start of the last decade, the cost of production hovered at around $100/gram — or about 1.5 times the current spot price of gold.

Thanks to a game-changing advancement in manufacturing made by this Australian company, however, that lofty figure has been reduced by orders of magnitude.

Today, graphene can be made, quite cheaply, to exacting specifications, using nothing more than natural gas and electricity.

It can be sourced in a single location, without the need for imported raw materials and the inevitable supply chain issues that come along with dealing with some of the world's major lithium suppliers — in particular, the People's Republic of China, which has been working for the last couple decades to achieve a stranglehold over global lithium exploration and production.

Compared with today's comparable Li-Ion benchmarks, graphene cathode batteries have 3–5 times the life span in terms of charge/discharge cycles, upwards of 3 times the energy capacity, and up to 70 times the charge speed.

Since electric vehicle performance is go-to the standard by which batteries are judged today, here's what that would look like installed in a modern EV:

All of this comes with leaps and bounds of improvement in safety as well, as graphene batteries have demonstrated the ability to absorb a high-powered rifle bullet and continue functioning.

Lithium: The Coal of the 21st Century

I don't think I need to tell you that this is simply unheard of with lithium batteries, which have the unfortunate tendency to fail and catch fire with no provocation whatsoever.

This Brisbane-based company isn't merely experimenting with the technology anymore. In fact, just last week, it announced that its pouch-format batteries may become available for commercialization as early as next year.

These batteries will be ready for implementation in a wide range of consumer products ranging from personal digital devices, to electric vehicles, all the way up to electric aircraft.

Which means that the graphene battery revolution may have already begun.

So what's the downside? Well, there's really only one I can think of: This could spell the end of the lithium-ion battery industry as we know it.

Given that the Li battery market was expecting to hit $200 billion in global revenue by the end of this decade, that could indeed be tantamount to an economic earthquake for one of today's fastest-growing technology sectors.

Now, for the most important factor of all: The company behind this is already public and trading on two major North American markets.

Shares are currently priced for under USD$3 with a total market capitalization of just $150 million — a tiny drop in the bucket when viewed in context with the market this technology is likely to disrupt.

There's a lot more to this story, as you may have guessed by now, and I'm not going to attempt to get to all of the details here.

Instead, I'm extending an invitation to view a video presentation that will answer all of your questions in just a few minutes’ time.

It's quick, efficient, easy to understand, and highly informative. It's also free to access, and I welcome you to share it with anybody else that might find it interesting.