Weed is here, and it's ready to bring you relief.

Last Friday, Maryland opened its first medical cannabis dispensary. Finally, the state is a step closer to bringing hope to many people searching for relief from medical conditions that create pain and discomfort every day of their lives.

According to the National Conference of State Legislatures, a little more than half of the U.S. and District of Columbia have legalized a medical marijuana program.

It's finally becoming accepted as an alternative medical treatment.

When I was growing up and taking health classes in school, marijuana was known as a “gateway drug,” leading people down a path to destructive drugs.

It was greatly stigmatized.

Now, with research, we know cannabis holds a variety of medical benefits and treatments. 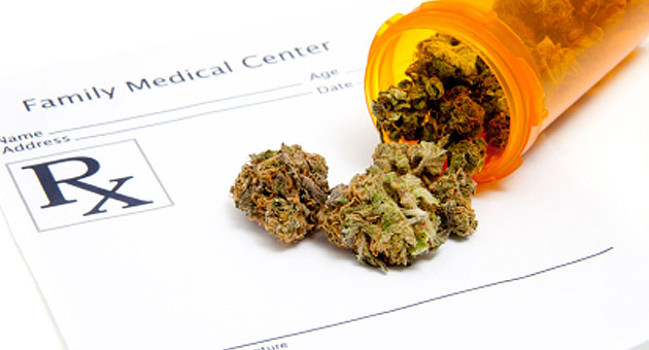 It’ll All Be Worth the Wait

Maryland's first medical marijuana dispensary, Potomac Holistics, opened its doors on Friday. Residents from all over the state stood and waited their turn to get their hands on a new way to manage their pain.

Third in line was 38-year-old David Johnson. He was there in hopes of finally getting relief from nerve damage he’s been suffering for almost 10 years.

Johnson told the Washington Post, “I’m looking forward to no pain, no stress…”

I can’t imagine living 10 years with pain that I had no control over. It takes a strong person to suffer through that type of pain and discomfort.

I would do everything in my ability to find a treatment that would make me feel normal again. After all, everyone deserves to enjoy a life without suffering. Now, we’re one step closer.

This program is launched now… We have growers, processors, and a dispensary, and we have a lab. The market will determine how this moves forward.

Potomac Holistics wasn’t the only dispensary that opened up. Allegany Medical Marijuana Dispensary opened its doors on Friday night. Five other dispensaries also plan to start selling cannabis products in the coming days.

This news brings me to one conclusion: The market is ready for marijuana. It demands marijuana.

Of course, when you involve the government, there are going to be a few wrinkles to iron out, which makes for a bumpy road in the beginning, but it’ll all be worth it in the end.

It’s going to be a little bit more drama, regrettably, at the beginning... However, everyone is over the moon that we finally have a program.

In the beginning, supplies will be low and costs high. However, dispensary owners expect prices to come down as more product starts flowing in.

A Better Way to Treat Your Pain

Delegate Dan Morhaim (D-Baltimore County), a physician who led the charge in the state legislature for medical marijuana, said:

The most important thing is that patients will be getting an opportunity for a new class of therapeutic drugs that will continue to expand as the science continues to expand.

Patients are tired of being in pain. They're even more tired of having to resort to opioids to control their pain. Especially when the U.S. is in an “opioid epidemic.”

There's no hiding it. Opioid addiction is ruining lives and killing Americans.

Marijuana will save America from addiction. Marijuana gives patients a more holistic way to treat their pain. We could see the death toll associated with opioid addiction decrease. Doctors won't resort to prescribing pills to patients, but instead cannabis.

A report from New Frontier Data forecasts that the legal cannabis market will create more than a quarter of a million jobs by 2020.

It doesn’t stop there, though.

There's a lot changing, and it's changing for the better.

There are economic benefits beyond direct taxes… There are jobs, and real estate and spin-off businesses. That can have a real impact on a community.

On top of that, it generated about $1 billion in direct economic activity, while also creating $2.4 billion from spinoff activity.

Maryland could very well see similar outcomes to what Colorado continues to experience. One slight difference from Colorado is that Maryland is just dealing with medical marijuana right now. Regardless, marijuana will be a major boost to Maryland’s economy.

John Kagia, an executive vice president of industry analytics for New Frontier Data, estimates sales in Maryland could reach $34 million in 2018 and easily jump to $494 million by 2025.

Benefits of Marijuana Could Hit Home For You, Too

Once the rest of the country realizes the money that the cannabis market could provide, legislation for medical marijuana will spread like wildfire.

The great thing about marijuana is that it isn’t limited to one region. Every state could dabble in the industry in some shape or form. And each state could very well see the profits.

I’m excited to see where this industry goes in the next few years. I’m even more excited that it will give people a new treatment option for their pain and suffering and the opportunity to live a life free of addiction.

The time to get serious about marijuana is right now.