Even as support for medical and recreational use of marijuana gains ground across the nation, a worrying issue is that there isn’t nearly adequate research around to support and advance the drug’s health benefits.

Of course, there is ample historical narrative and plenty of anecdotal evidence regarding marijuana’s range of health benefits and medicinal properties, but ever since it was declared illegal in the U.S. in 1937, there hasn’t been much research undertaken in the area. As a result, we’re now at a point where support for its usage is widespread, yet concrete studies are few. 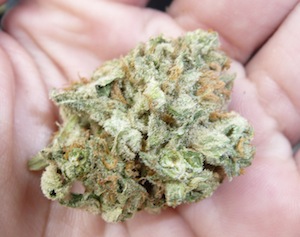 Adding on to the woes — and not just for marijuana alone, but for advanced research in general — the anemic economy has caused the U.S. government to drop support for research steeply. In 2007, the government was spending $131 million on research, but now spending is down 31 percent from that level. The National institute of Health indicates that over 2012, 235 projects were funded to amount to a mere $91 million in funding.

Meanwhile, state support for marijuana usage continues to grow; it is fully legal in Washington and Colorado, 18 other states allow full medicinal use, and another 17 have legislation in process that would legalize marijuana to varying extents.

Bloomberg reports that the current literature on marijuana is largely dependent on a 1999 report by the Institute of Medicine, which outlined generally that marijuana does have medicinal properties, though the details were sparse.

Cannabinoid drugs were generally found to be effective in treating anxiety, stimulating appetite, reducing nausea, and alleviating pain. It was also found that the human brain develops tolerance to marijuana over time, but that the withdrawal symptoms are mild compared to other opiates.

The research since then has opened up intriguing avenues; marijuana may help stimulate appetite in patients undergoing chemotherapy, for example. Or, for multiple sclerosis patients, it could rejuvenate muscles by inducing muscle spasms. For those with HIV-related nerve damage, marijuana could help them cope with the pain.

In fact, a Scripps Research Institute report in 2006 indicated that THC, the active ingredient in marijuana, may actually prevent plaques in the brain that develop with onset of Alzheimer’s.

Nevertheless, there have been fewer than 20 randomized control trials regarding marijuana properties, and less than 300 patients have been studied — over a period of 35 years. It’s largely a question of bureaucracy and existing legal frameworks.

The National Institute on Drug Abuse, for example, controls all the cannabis that can be used in approved trials. Yet that institution’s sole intent is the study of drug abuse, not whether drugs have health benefits.

That leads to farcical situations, such when the FDA actually approved a trial to see whether marijuana can help cope with post-traumatic stress disorder (an extremely relevant topic given the fate of innumerable U.S. veterans returning from Afghanistan and Iraq), but the NIDA refused to cooperate.

If anything, the NIDA has done much to promote studies that identify marijuana’s risks and cons but next to nothing to explore its beneficial properties. That has led to a situation where studies often contradict one another, with some studies highlighting downsides while patient anecdotes and other less official studies underscore the positive sides.

Indeed, the American Medical Association itself has suggested that marijuana’s Schedule I status — which deems the drug to have no acceptable medical use — should be thoroughly reviewed.

Companies in the Lead

And of course, companies have taken the lead. San Diego’s Medical Marijuana Inc. (PINK: MJNA) controls several subsidiary companies that work to promote awareness of marijuana’s health benefits. MJ Freeway of Denver is a company that’s developed a supply chain documentation system, and it is selling that system to some 400 legal marijuana stores over 16 states. The company is two years old and is already profitable.

And the next big thing is likely to be medical marijuana dispensing machines. Medbox (OTC: MDBX) is the biggest manufacturer of these machines, and the company has been publicly traded since around mid-2010. Its shares reveal an interesting trend—going from 2.87 cents up to $215 and then to around $20.

Nevertheless, the company does have a definite edge in using biometric technology to identify customers, thereby providing a neat way to control the dispensing of marijuana with full accountability.