If you are interested in the burgeoning marijuana sector and you haven’t heard about Privateer Holdings, you need to brush up on it now.

Privateer Holdings is a private equity firm spearheaded by Brendan Kennedy (of Silicon Valley Bank) and Michael Blue. And here’s why Privateer isn’t messing about: the company has already racked up $7 million in capital from interested investors. Privateer’s mission is to buy up companies that can ultimately serve and grow the marijuana industry. 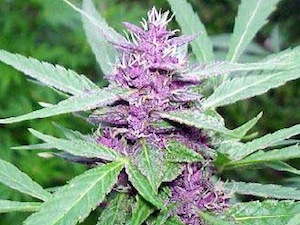 Right now, as a glowing NPR profile notes, Privateer is focusing on the medical marijuana sector. There are a few reasons for this choice. One, of course, is that most states look favorably on medical marijuana usage, and the moment you mention “medical,” even those opposed to marijuana on principle pay attention.

As a corollary to that, it’s medical marijuana that has experienced the most success thus far in the entire sector. Accordingly, the legal and financial framework is just friendlier for medical marijuana businesses than it is for those focusing on recreational marijuana.

Nonetheless, Privateer does have the recreational market in sight, although that is a very warily expanding sector right now. As Kennedy points out, a recent Fox News poll suggested that almost 85 percent of Americans are quite alright with marijuana prescribed by medical professionals for medical reasons.

Despite Privateer’s clear support for the marijuana industry and its willingness to help the sector grow, the company doesn’t dabble in weed itself. Even without direct contact with cannabis, though, the ancillary marijuana market—comprising of an astonishing variety of products and services that all feed into the market in some fashion—is projected to be worth some $10 billion. Not exactly peanuts.

One issue that Privateer appears to be taking head-on is the “laid-back hippie” image that the mere mention of marijuana evokes in everyday conversation. Credibility is valuable, and the marijuana sector is in major need of it if it is to overcome a thoroughly entrenched cultural mindset.

As Cy Scott, co-founder of Leafly, points out to NPR:

With a significant amount of private equity brought to bear on the marijuana market, opportunities open up that weren’t there before (or were implicit but not really expressed owing to a lack of ‘serious’ investment interest).

The big question facing the marijuana enthusiasts right now, as I’ve mentioned, is how the industry can purchase legitimacy. The fact that federal law still views marijuana in a criminal light doesn’t bode well for the very near future of the marijuana sector. After all, no matter how many states legalize medical or recreational marijuana, there will be serious obstacles as far as financing and legislation go as long as the federal framework remains opposed to it.

And as of now, we’re still unsure when that’s going to change. Certainly, as MarketWatch notes, Privateer’s garnering of $7 million in investment funding establishes it as a force to be reckoned with and gives it significant heft in the marijuana sector.

And it certainly helps that Privateer’s leadership showcases stellar resumes that would not at all be out of place on Wall Street (Kennedy and Blue both hold MBAs from Yale). It's clear Privateer has tapped into a latent desire held by interested investors.

Leafly has proven a fair success so far; Privateer bought the company in 2011, when it generated no revenue. As of this May, Leafly boasted 2.5 million visitors and is generating about $100,000 a month in revenue. Over the next year, it’s expected to grow to $1 million a month.

There is certainly a growing momentum, but investments must be made with a cautious attitude. Consider businesses that primarily focus on the edges of the sector—that is, do not directly involve themselves with cannabis growing and culturing. This could include companies that make product supply chain tracking software or other logistical concerns. Biotech companies that rely on marijuana are another interesting prospect.