Making Money in the Metaverse

When I was a kid, I was always fascinated by the show MTV Cribs.

It strategically came on early in the morning before school or in the afternoon right after school — at least that’s what I remember.

It was a behind-the-scenes look at how the other half lived.

Anything you could ever dream of as a kid, they had it... and in excess.

I enjoyed it because some of my heroes were on the show, including Tony Hawk, Incubus, and Alanis Morissette.

I thought it was just so cool to see them in their homes and in a more "normal" state.

But whenever my dad would come into the room while I was watching, he’d visibly get upset and tell me to turn it off.

Now, my dad is a very calm person and doesn’t get angry easily, so it really made an impression on me that he didn’t want me watching that show.

I’d always ask why, and he’d say something along the lines of, “We don’t need to see that.”

At the time, that was little better than the commonplace parental answer of “because.”

So I’d turn it off for a bit... and then obviously keep watching it later.

But why did it bother him so much?

I really couldn't figure it out.

It wasn’t until years later that I understood why he didn’t want that show playing in the house.

It was because it promotes flashiness, greed, and a voyeurism of the wealthy.

It shows the uber-wealthy bragging about how much money they spent on useless items like clothes and cars... materialism at its finest.

Not to mention, it doesn’t show the whole picture of how much work went into achieving those material objects.

You don’t see the sacrifices that were made or the luck involved.

So now I can see why that’s something you wouldn't want your kids watching.

Despite the gaudiness, Cribs was a massive success, and the original show ran for a decade.

Today, these types of shows are gaining traction again.

Popular YouTubers Sam and Colby tour haunted buildings, and they have 8.4 million subscribers.

The first video on their page has over 10 million views!

Jeremy Xplores is another popular channel, with nearly 100,000 subscribers. Jeremy explores abandoned mansions, where sometimes people leave behind millions of dollars' worth of clothes, cars, and electronics.

The point is people enjoy the voyeurism.

It makes them feel like they’re there, but they don’t have to put in the effort.

It's similar to the metaverse and opens the door for the trillion-dollar industry, which is expected to grow at a compound annual growth rate of 40% by 2030.

There’s a real opportunity here, but it doesn’t have anything to do with Facebook…

What if you could explore celebrity cribs in the virtual world, see what furniture they have in their homes, and buy it through the manufacturer or Amazon with one click?

What if you designed an avatar to your body’s specs and tried on the clothes in a celeb's closet, giving you the chance to see exactly what they would look like on you?

Even though people still enjoy going to brick-and-motor stores, this metaverse-style shopping is going to be a huge boon for retailers.

Coke created a flavor called Byte in the metaverse and then released the limited-edition product to monetize it. Walmart created a virtual closet and avatar builder in the metaverse so users can easily see how clothes fit.

Don't underestimate the power of a virtual shopping cart...

According to The Drum, Nike created Nikeland in Roblox, which attracted 6.7 million people from 224 countries since it launched last November. 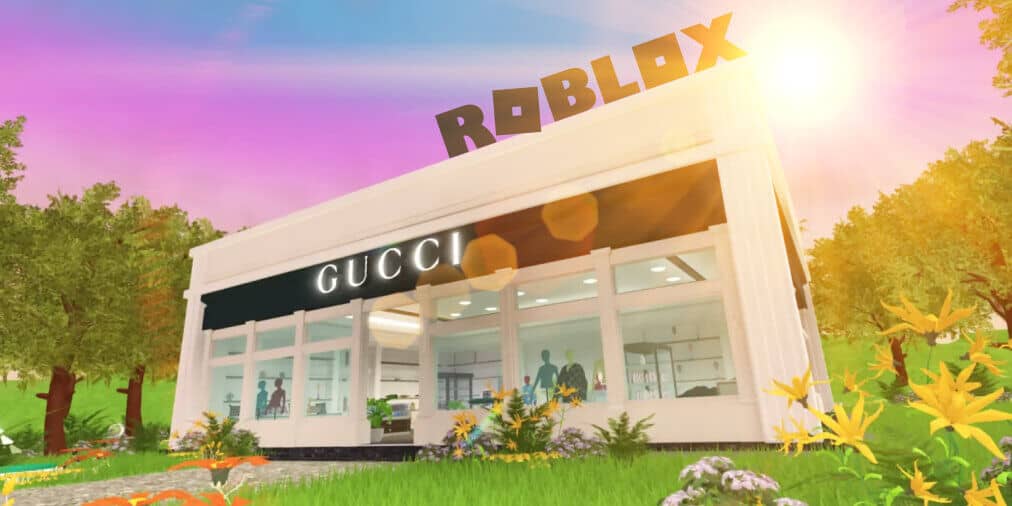 Forbes notes, “Thanks to alert marketers, the platform has morphed into a market destination, and more consumers are buying in. The revenue opportunities of the metaverse, just through e-commerce, could reach $2.6 trillion by 2030...”

It seems far-fetched, but as an investor, I don't think we've seen the full profit potential of the metaverse yet.

The metaverse is ripe with opportunities for the savvy investor.

On the back-end, look to AR and VR companies as well as developers. Think of companies like the Glimpse Group (NASDAQ: VRAR), Roblox (NYSE: RBLX), and, unfortunately, Meta (NASDAQ: META).

On the front end, look for companies that will capitalize on the retail sales, like Walmart (NYSE: WMT), Amazon (NASDAQ: AMZN), Nike (NYSE: NKE), etc.

What's crazy is none of these companies can run projects in the metaverse without haptic feedback technology.

That's the tech that maps the world around you through your smartphone or VR headset.

We've done the research and found that without three small companies, the metaverse can't exist.

My colleague Christian DeHaemer put all the details together for you here.