Lithium Propagandists Are Losing Their Minds

For the last few months, I've been writing to you about a revolutionary next-generation rechargeable battery that in the next few years is likely to supplant lithium-ion as the benchmark for distributed energy storage across a wide spectrum of consumer and commercial applications.

That last figure in particular is paradigm-shifting all on its own, as charge delay stands as the No. 1 cited concern for prospective electric vehicle buyers and the No. 1 cited complaint among existing EV owners.

It's also far more stable, harder to break, and much safer to use.

But the advantages of this technology don't end there.

You see, these new batteries are also exceedingly easy and cheap to source.

Unlike lithium, whose global supply is already under threat from Chinese monopolization, the cathode material of these new batteries can be made in-house using nothing more than natural gas and electricity.

Not surprisingly, our WD readers have found this topic to be of extreme interest, particularly the investment angle.

Also not surprisingly, this topic has yielded more than its fair share of vitriol from the establishment — namely anyone and everyone with existing interests in lithium mining.

These so-called experts drone on and on about how lithium is still the future.

They talk about the $200 billion in annual revenues that the lithium market is expected to hit by the year 2030... They babble on and on about all of the work being done in North America to halt the almost inevitable Chinese domination of the Li exploration market.

They are — and I put this as mildly as I can in this PG-rated newsletter — all completely full of hot air.

Lithium is not the future. It is, at best, the present. Just as coal was a cutting-edge energy source 150 years ago, lithium occupies the same role today.

But change comes quickly these days, and any "experts" expounding on the supposed decades of prosperity that lithium investing will yield are serving themselves and nobody else.

These are typically bought and paid-for "analysts" whose primary goal is promoting resource stocks regardless of the long-term value.

They will and do say anything to drive home a premise or, in this case, to discredit a competing theory.

You will run into these individuals everywhere you look, and in today's world of information overload, it's very difficult to separate fact from biased opinion.

Needless to say, whether they know it or not, these lithium bulls are all promoting yesterday's technology.

I will add one caveat: The lithium market isn't going anywhere just yet.

Li-ion batteries are indeed today's standard and will remain so for at least a couple more years.

But the point is, for true risk-tolerant, speculative investors, lithium is old news.

The future rests in new, high-tech solutions like the kind I touched on earlier in this editorial.

So let's get back on track.

The new cathodes at the heart of these next-gen batteries are made of a space-age material called graphene. 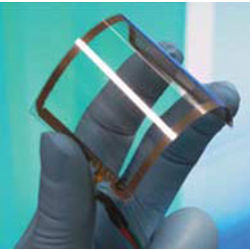 This is, without question, the wonder material of the 20th century.

It's so new and so other-worldly in its properties that it won its researchers the Nobel Prize back in 2010. In those early years, it was also extremely expensive to produce.

Costing about $100 per gram, it was almost twice the current price of gold.

But what appeared to be a scientific novelty just 10 years ago is now a viable industrial material, and it's all thanks to a relatively unknown Australian tech company.

This Brisbane-based firm has perfected a graphene production method that lowers manufacturing costs by orders of magnitude.

It can make graphene in large batches, in-house, to exacting specs, and it can do this without a molecule's worth of reliance on outside sources.

Better in Every Way, With None of the Problems

No mining. No brine ponds. No refining. No international shipping. No Chinese Communist Party to contend with.

Mass-produced graphene can now be turned into mass-produced batteries that boast the eye-popping performance numbers I cited earlier.

This company's facility in Queensland is now turning out its first consumer-grade batteries, and shipping them off to client firms for testing.

If all goes as expected, the lithium-ion world is going to be in for a very rough time in the coming years.

In fact, I would not be surprised at all if by the end of the decade the Li-ion market is nothing but a sad, hollow shell of what it is today.

Now, for the best part of all: the investment angle.

The company behind all this is not a massive multi-national corporation as you may expect.

Quite the opposite, in fact.

It's a young, development-stage high-tech materials company valued at less than USD$200 million — or less than 1/1000th the projected size of the market it will likely upend in the coming years.

Because this company, when viewed in context with the general heading of the automotive and consumer tech market, may just be the cheapest stock trading anywhere on the public markets today.

Stories like this don't stay secrets for long, no matter how hard the unscrupulous detractors may try.

I urge you to get the rest of the story right here, right now, before the mainstream media pick up on it.