Legged Robots March into the Mainstream

A few weeks back, I wrote about the development of the Modular Advanced Armed Robotics System (MAARS), the United States Army's first lethal land-based robot designed for urban warfare.

This is a major step for the robotics industry — not because the MAARS represents a giant leap in technology, but because it shows a new trend emerging on the modern battlefield: a trend of weaponizing automated ground-based units.

As far as trends go, however, this is all just the tip of the iceberg when it comes to the robot industry.

For a look at the rest of the iceberg, we have to turn away from Iraq and Afghanistan and focus on Mountain View, California...

Earlier this week, Google announced the acquisition of advanced robotics maker Boston Robotics, a company that has been on the very forefront of quadropedal (four-legged) and bipedal (two-legged) robot design for years.

Its earlier projects included the Big Dog, whose eerily-natural walking motion debuted on YouTube some years back to the delight of some and consternation of others; the Cheetah, another four-legged system which could achieve a running speed of 30 mph; and the Atlas, a humanoid robot capable of easily negotiating tough terrain, including steep inclines and urban rubble.

It doesn't take much imagination to see all sorts of potential in the synergy of Google and Boston Dynamics...

This latest step by the search giant to move away from their search and advertising business models isn't their first foray into robotics by a long shot.

Google-owned robotic cars have been in development for years, reaching levels of sophistication so advanced that they are expected to see limited testing on public roads as early as next year. 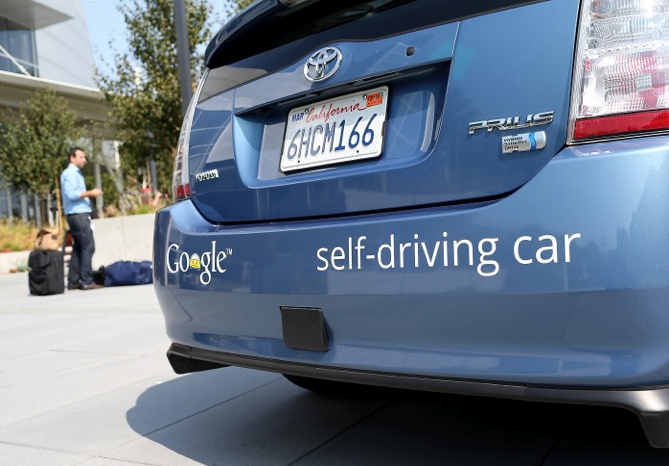 Taking ownership of the world's most advanced animal and human android designer, however, represents a whole new chapter in the story of the Google robot.

Head of Google Robots Not New to 'Androids'

At the helm of their robotics division is Andy Rubin, creator of the world's premier smartphone operating system, Android (yes, the parallels are surreal, to say the least).

If the success of his previous brainchild is any indication of Google's commitment to the development of quadropedal and bipedal robots, the combination of Boston Dynamics' technology and Google's financing should be impressive, if not frightening.

"I am excited about Andy Rubin's next project," Google co-founder Larry Page said in a recent interview. "His last big bet, Android, started off as a crazy idea that ended up putting a supercomputer in hundreds of millions of pockets. It is still very early days for this, but I can't wait to see the progress. "

Now, I know that the paranoid mind can come up with a bevy of potential hazards given the variables in this latest acquisition: You have Google, which is now almost as famous for its cooperation with the NSA as it is for its search engine, and you have a DARPA-funded robot maker, famous for making devices which increasingly resemble props from a James Cameron movie.

What could possibly come next?

Well, as much as I enjoy entertaining thoughts of singularities and reading predictions by famed futurist Ray Kurzweil (also on Google's payroll, by the way), I think it's more productive to consider what this means to the wider market.

Google's buying spree says to me that the robot industry has finally matured past its heavy industry roots and past the toy novelty market — two areas in which the technology has been a mainstay for many years.

Don't Fear The Terminator... Yet

If Google can successfully advance the research of Boston Dynamics and create a product line of next-generation machines with the same utility and practicality as their Android operating system has shown in the cellphone market, we may be looking at the dawn of a new industry altogether.

So, does this mean you should be expecting humanoid robots to make a big splash on next year's holiday season shopping list?

Andy Rubin has already stated that work they intend to do with the Boston Dynamics platforms is on a ten-year timeline — big words from a company that was basically a no-name website just 15 years ago.

What they'll be able to accomplish in that decade is anybody's guess, but I think few informed minds out there are expecting anything less than revolutionary advancements.

All that being said, I do not want to sound like this is a big reason to buy Google stock today. It's not.

Even with the money and the brains invested, this is still just a big science project.

However, it should be viewed as a major road sign of where the mainstream market is going with a technology that still looks like sci-fi to many of us.

For those of you looking to get the jump on robot-centric investments today, there are much more prospective choices for you out there.