Is Your Tesla Powered by Child Labor?

Lithium-ion batteries... Both the benchmark and the bane of the electric vehicle industry.

By now, you probably know the problems: Slow to charge, limited in capacity, unstable, short-lived, costly to produce, environmentally unfriendly to source and to recycle, and prohibitively expensive to replace.

Well, if that wasn't enough to make you wonder if the EV revolution was feasible or just the latest mainstream media myth, let's add another pitfall to this heap of issues...

Almost all the Li batteries in use today, whether we're talking about those in your phone or those powering the sleek Tesla that passed you on your way to work this morning, rely on child labor.

How is this even possible in the 21st century, you might ask?

Tesla, Volkswagen, and Toyota, as well as all the high-profile upstarts like Lucid and Rivian, depend on Chinese battery-makers like CATL and BYD for their electron-pumping power plants.

The Chinese, in turn, source their raw materials from places with, let's just say, less-than-stellar reputations when it comes to labor laws.

The most troublesome element when it comes to questionable sources isn't lithium but cobalt. Every Tesla battery pack contains about 40 lbs of this silvery metal. 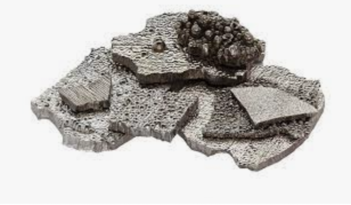 Collectively, Chinese battery-makers source about 90% of their cobalt from none other than child labor mecca the Democratic Republic of Congo.

Here are the conditions in which these children work every day of their lives:

So every time you charge that iPhone, or that laptop, or that brand-new EV that you've been gushing to your friends about, just keep that in mind.

None of it would be possible without the exploitation of some of the world's youngest and least-fortunate workers.

In the grand scheme of things, that atrocity is just the frosting on the disaster cake that is the lithium-ion battery industry.

Of course, even without this frosting, the Li batteries' technical shortcomings should have phased them out of mainstream usage years ago.

Tragically, between corporate greed and governmental ambition to push forward the great global electrification, all of these problems have been swept under the rung.

Today, however, all of this may finally be changing.

Right now, as you read this, there is a company in Australia that's developing a new generation of batteries that solves every major problem I just mentioned.

The advanced batteries this company is developing have up to twice the capacity as similar Li products, up to three times the service life, and up to 70 times the charge speed.

Stick one of these battery packs into your EV and you'll go from nothing to full capacity in less time than it would take you to pump a tank full of gasoline.

That alone is a paradigm-shifting improvement, but it's just the tip of the iceberg.

They won't explode or fail and they won't degrade in capacity after several hundred charge/discharge cycles.

You'll be able to drive up to 1,000 miles — almost as much as the average American drives in a month — on a single charge.

Perhaps most importantly, however, is that the production of these new batteries has absolutely no troublesome supply chain issues.

The main cathode material isn't mined in a giant open pit, but instead created in a manufacturing facility using nothing but natural gas and electricity.

These new batteries are the first and only feasible solution capable of making our electron-driven future a workable prospect and not just the theoretical dream that it always has been.

I should also mention that the Chinese have absolutely no hold over the technology that makes these next-generation batteries possible — and they know it.

The company behind this critical step forward in battery tech is based in Queensland, Australia, and is already producing coin- and pouch-sized batteries for the consumer market.

The Most Undervalued Stock in All of Tech?

It's still in its relatively early stages, but this year, it started shipping its first production units to potential corporate clients for testing and evaluation.

Here's the kicker, and the fact that every investor reading this should pay special attention to: This company's valuation, as of this morning, was barely $200 million.

That's about 1/1000th of what annual Li battery industry revenues are projected to be by the end of the decade, yet this one company, with the patents it holds, has the potential to disrupt the entire market long before that.

This isn't the kind of story that stays a secret for long, so if you want to be among the first to learn about the company and the stock (it's already trading here in North America), I urge you to check out the video presentation my team put together for my premium subscribers.

It's quick, it's informative, and it will answer all potential questions you may have.

Don't wait another day, because if the mainstream financial media pick up on this, you'll lose most of the potential upside.

The video takes just a few minutes and requires no emails or registration to view.