Is Oil a Better Investment than Gold?

The Point of Gold 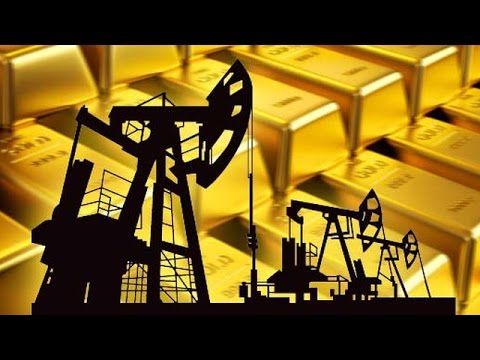 Investors tend to favor gold when looking for a hedge against inflation or disaster. And while there is always turmoil somewhere in the world, the conditions for being bullish on gold are not always present.

Some investors stay away from gold even when it is seemingly a good investment. They find other ways to hedge against inflation, or they simply ignore the threat.

While some financial analysts today do recommend a small allocation of one’s portfolio into gold, there are still many who do not recommend the yellow metal at all. They think it is enough to own stocks, and perhaps some other commodities.

Some analysts even ask what the point of gold is. They see it as some historical artifact. We are told you can’t eat gold, but you obviously can’t eat fiat money either. You don’t eat anything except for food, which doesn’t serve very well as a form of money, especially since most food spoils. Salt has been used as a form of money because of its value in helping to preserve food.

The anti-gold crowd – those who typically favor big government and central banking – think that gold bugs are trying to force gold down everyone’s throats. But it is the governments and central banks of the world that have forcibly taken away gold as a legitimate form of money. Up until that time, gold was freely chosen by the marketplace as a form of money simply because it contains the properties that make up a good form of money.

But whether or not gold should be used as money is independent of whether it is a good investment. Since we live in a world of fiat money controlled by central banks, we have to weigh the positives and negatives of having gold as part of an investment portfolio.

A Citi research team recently studied the subject of gold and compared it to oil, which is often referred to as black gold. The team of analysts came to the conclusion that oil is likely a better bet than gold at this point in terms of an investment.

The Citi team told clients, “Many investors see gold as the ultimate hedge. We see a strong case for owning ‘black gold’ over gold for those truly looking for a two-way, rather than one-way, hedge against real world risks.”

A Comparison of Two Worlds

To be fair, the Citi team making this announcement is favoring oil in its current context. The price of oil is further down from its all-time high in percentage terms. And it is certainly true that oil will do better in certain environments.

In terms of hedging against disaster, oil has become a decent hedge because so often the disaster revolves around war and terrorism that involves oil producing countries. And if that weren’t enough, the biggest disaster economically speaking right now is Venezuela, which also happens to have the world’s largest oil reserves.

As volatile as gold has been, oil has been even more volatile. The supply and expected supply of oil tends to be more erratic, some of which is due to geo-political factors. In addition, we have seen the surge in investment in shale oil.

When the price of oil was high, there was a lot of investment into oil, including shale oil. We don’t see this dramatic of an impact when gold prices are up, although it does happen.

Both oil and gold are considered commodities, even if they are very different in their uses. It is true that oil is used for energy, which means that billions of people are consuming oil in some way every single day. This should make it an attractive investment, or at least so it seems.

The anti-gold crowd will say that we don’t need gold at all. And this is technically true. We could survive without it. But we could technically survive without oil too. It would just be more expensive to consumer energy. We wouldn’t be able to live without water, but need is not the issue here.

Diamonds are more expensive than water, but it doesn’t mean anything in terms of need. We need water and we don’t need diamonds. But diamonds are relatively rare as compared to water and highly desired due to people’s subjective value placed on them. Just because water is a need, it doesn’t make it desirable as a form of money or as an investment.

So I think it is important to get out of this mindset of what is really needed. Nobody needs Apple products or Amazon, yet these have been great investments in the past. The key is that they make our lives better.

Therefore, I don’t think it is good analysis to say that oil is a better investment than gold just because we use oil more.

In terms of hedging against inflation, they can both be useful. They are both commodities, so they will both tend to rise against a depreciating dollar or other form of money. But gold is still historically a better hedge against high price inflation.

Gold recently surged passed $1,350 per ounce. It had surged a couple of weeks ago on news of the Brexit. But this was in the face of a rising dollar, which isn’t typical. There is something more than just the Brexit driving this latest upswing.

As for Citi’s recommendation of oil over gold at this time, I don’t see it as a mutually exclusive option. I always recommend that a portion of one’s portfolio go into gold and gold-related investments. I recommend 20 to 25 percent, but I realize that most advisors will typically say 5 to 10 percent, if anything at all. It is a form of diversification and insurance for your portfolio if nothing else.

But you can also include an oil allocation in your portfolio as well. I would recommend somewhere around 5%. If you go higher than this, expect more volatility for your portfolio.