The year was 2015, and the private tech market was booming. Silicon Valley IPOs were red hot, and angel investors were aiming to cash in on sky-high valuations of so-called “unicorns.”

New market entrants for the year included Shopify, Etsy, Match Group (Tinder), Square, and Box, to name just a few. Coming off Alibaba’s record $25 billion IPO in 2014, optimism was incredibly high, and for the most part, the sentiment was well founded: 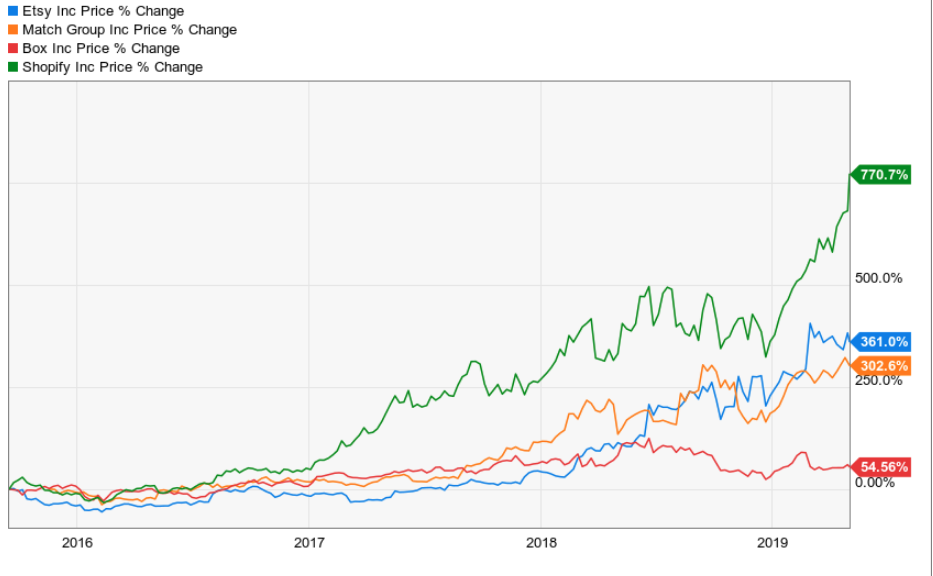 Yet despite the enormous success of these 2015 tech IPOs, not everyone made it out so lucky that year. Fitness-tracking firm Fitbit, Inc. (NYSE: FIT) would buck the bullish trend and leave investors with a terrible taste in their mouths in the years that followed.

Aside from those who sold by the end of summer, Fitbit’s investors got absolutely demolished over the next few years. By 2017, shares were trading way down in the $4–$6 range, which is where they’ve been ever since: 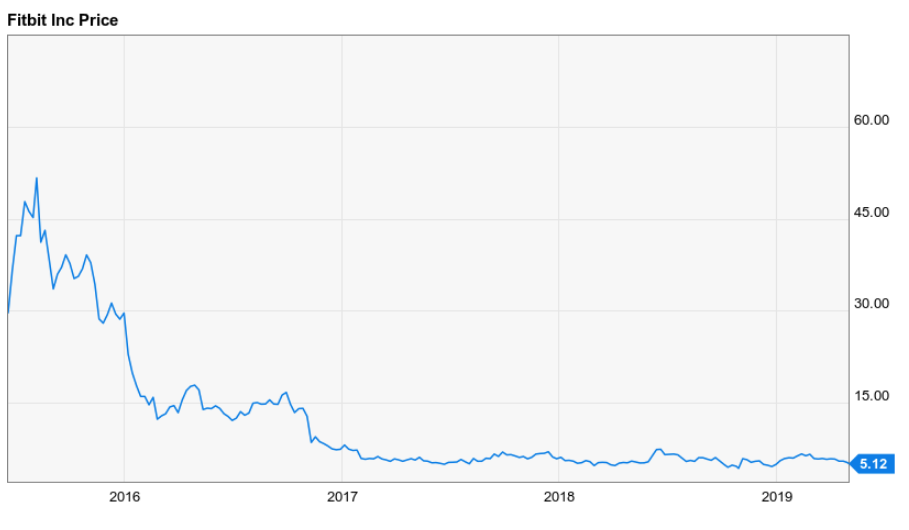 All told, Fitbit has been devalued by roughly 83% since its 2015 IPO and 90% since its peak that summer. Suffice to say this was one of the tech industry’s most disastrous IPOs of the last decade.

Unsurprisingly, you don’t hear very much about Fitbit anymore from tech industry analysts or the talking heads on CNBC and Fox Business. The stock just isn’t sexy anymore, but then again, that might be a good reason to finally start paying attention.

Is Fitbit Making a Comeback?

This week, Fitbit reported earnings for the first quarter of 2019. The company topped earnings and revenue estimates, as it enjoyed sales growth of 10% and surpassed its own guidance.

As part of a new strategy to launch more affordable devices and grow its user base, the company’s unit shipments increased an impressive 36% year over year to 2.9 million devices sold during the quarter.

Of course, this could be viewed through the lens of a “sale,” which would suggest the strategy is not sustainable long term, but there are a few telling metrics that set Fitbit up for a potential rebound regardless.

Namely, Fitbit’s internal revenue share is shifting away from its screenless fitness trackers and toward two other growth segments: Smartwatches and Health Solutions.

Fitbit’s smartwatch sales increased 117% during Q1 2019, more than doubling from the same period last year. Smartwatches now comprise 42% of the company’s revenue, up from 30% last year.

Jointly, the company’s Health Solutions revenue grew 70% during the period to $30.5 million. This segment now represents 11% of Fitbit’s top line. Revenue is being lifted in part by the fact that Fitbit devices are now covered as a benefit by Medicare Advantage in 27 states.

Perhaps more important than hardware, though, will be the company’s shift toward software services, which will include a premium service launch in the back half of 2019.

According to management, the service will leverage Fitbit data and select third-party data “to screen and diagnose [users’] health conditions, giving them deeper insights and analytics about their health.”

Already, Fitbit is leveraging user data by giving health care plans access to its Fitbit Care service. The company now has three major national health plans using Fitbit Care for diabetes management and other disease condition management. We expect the company to become even more entrenched in health care in the future.

With Fitbit’s stock at a firm $5 floor and the company returning to growth across multiple segments, my guess is we’re looking at a compelling rebound target through 2020.

The company has no debt and currently trades as one of the cheapest tech stocks on the market on a price-to-sales basis (0.81). Despite a history of burning investors, Fitbit is definitely becoming attractive now that the dust has settled.

Of course, risk remains for the company, as it will need to prove that it can maintain growth and return to profitability. Granted one more consecutive quarter of year-over-year growth and further penetration into the health care market, Fitbit could soon be a must-own tech stock.