Is 5G Ever Going to Get Here?

5G is coming. I promise. And the carriers have said that the new cellular standard will reduce network congestion and pump out data so fast that smartphone users can download all the Star Wars movies in just a few minutes.

And when it finally does happen, it is going to spark a massive technology shift. We’ll be able to have cars and streets and cities that communicate with each other. That may seem pretty useless right now, but in the future, it will lead to things like driverless cars, collision-less streets, and a safer and cleaner place for us to live and work. 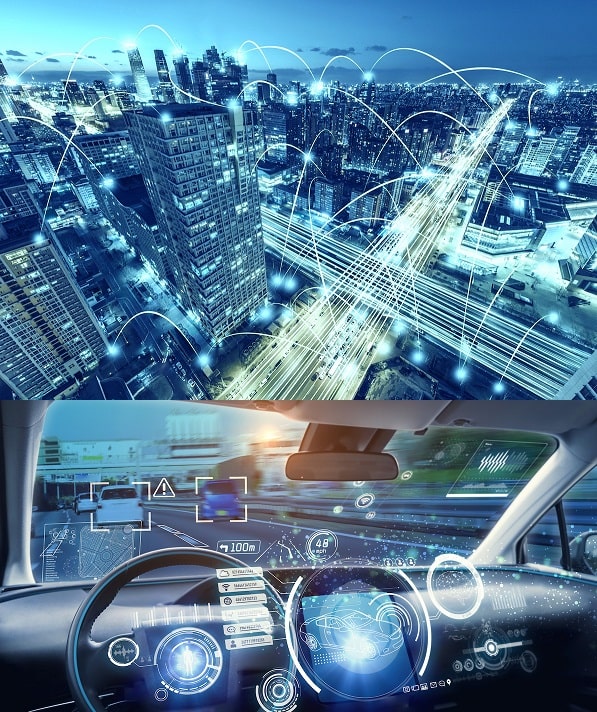 Are We There Yet?!

But the shift to 5G feels like a tech revolution happening in slow motion. Last year, AT&T and Verizon, the two largest American carriers, lit up their 5G networks in a handful of cities. Handset makers released only a few phones that were 5G compatible. And the majority of us saw no significant improvement to our cellular networks.

This week at CES, the massive consumer electronics show that happens every January in Las Vegas, the carriers are insisting that 2020 will be a turning point for 5G.

AT&T and Verizon say they expect their 5G networks to be accessible nationwide this year and that at least 20 smartphones will be 5G compatible, more than quadruple the number from last year.

“2020 is pivotal because you’ve got a good foundation built, and the ecosystem starts to form,” said Kevin Petersen, a marketing executive for AT&T.

We Are Not Amused Impressed

The carriers are making it out to be some major improvement, but in reality, it’s something a little less impressive. This year our networks will broadly shift to a version of 5G. But it will be a version that is far less than exciting. It’ll sort of be 5G, but not quite all the way there.

This hybrid 5G will have speeds that are only slightly faster than current 4G networks. The main benefit will be a reduction of lag-time. In theory, 5G technology will shave this latency down to a few milliseconds. But that’s about it.

AT&T and Verizon say their 5G networks, which will be made up of mostly hybrid 5G and a tiny bit of the real thing, should be activated nationwide this year. T-Mobile, which put a priority on deploying hybrid 5G over real 5G, said its network was available nationwide last year.

In short, the broad shift to 5G won’t be mind-blowing just yet because, while a foundation exists, much of the infrastructure needed for true 5G wireless networks still has to be built.

A Network We Need from a Company You’ll Love

All of the carriers are scrambling to get everything in place so they can be the first to offer consumers the benefits of true 5G. But there’s one company that’s got all of them beat by a mile. It’s already got all the infrastructure in place to get them all connected to the new network.

You see, 5G relies on millions of small antennae mounted close to where people are using their connected devices. And the perfect place to mount these antennae is on pre-existing fiber-optic cable networks. Networks like these:

That’s a map of all of the fiber networks this one company owns and can use to flip the switch on nationwide 5G. It’s over four times as much as AT&T, the next biggest fiber network owner. In fact, it’s bigger than the fiber networks of AT&T, Verizon, Century Link, Charter, Frontier, and Comcast combined.

And it’s the key to developing a successful nationwide network. That’s why all four of the country’s major wireless carriers — Sprint, T-Mobile, AT&T, and Verizon — all have contracts in place to pay this company hundreds of millions of dollars to give them access to its network.

And all four of them have been negotiating extensions and increases to those contracts in preparation for a true 5G rollout.

But investors haven’t caught on yet, and this company is still practically unknown. So there’s still an opportunity for you to turn an amazing profit as the attention picks up and this stock goes from under $10 to over $60 in no time flat.

And if that wasn’t enough, because of a little-known law from decades back, this company is legally obligated to share nearly all of its profits with investors. How about that for a deal? You can capture a 500% gain before the rest of the market even knows what’s happening AND you get paid to wait for your profits to start rolling in!

Make 5G Work for You

Whether you really think 5G will be game changing or not, you can’t deny that the carriers are all spending a ton of money to build it out. So if you can get a share of the cash getting thrown around, does it really matter if 5G completely changes the world? Not really. Because the profits you earned will have completely changed yours.

5G has already caught the world’s attention. And companies helping spread it across the globe are already making extreme profits for prepared investors.

But the backbone of the network remains in the hands of a company nobody’s paying attention to. And the best part is that all it has to do is flip a switch and the network is live. That’s like plug-and-play profits.

It’s going to make a pretty penny renting everything out to the companies hoping to reinvent the internet yet again. And its investors are going to reap some of the biggest rewards of the race to deploy 5G wireless.

With every new customer it signs and every existing contract it expands with the major carriers (all of which are already customers), you’re all but guaranteed to see your shares grow in value and your cash payouts turn into mountains of money.

I don’t have enough room to give you all the details here. But I’ve got a report for you that will set you up with everything you need to get yourself invested in the company collecting a toll from all the big players fighting for 5G supremacy.

Just don’t delay. With every passing day, it’s more likely that analysts will start boosting price targets and trumpeting buy recommendations. And as soon as that happens, you can kiss your chance of early investor profits goodbye.

So click here now and give the report a read today. Then you can sit back and relax, knowing you’re in before the crowd AND getting paid to wait.