Your Own Private Island for $50k

Ever dream about owning your own private island? Now is the time to pursue that dream!

In 2009, Aga Khan, a respected religious figure and one of the world’s richest men (with an estimated net worth of $800 million), reportedly bought the 349-acre Bell Island in the Bahamas for $100 million — the highest price ever paid for a privately owned island. 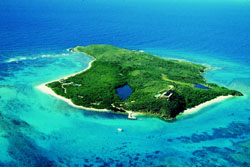 Richard Branson bought his Necker Island retreat in the Virgin Islands for a mere $305,770 in 1979, converting it into a one-of-a-kind private island retreat after investing $10 million.

The island is available for $56,000 per night for you and 28 of your closest friends: quite a steal, relatively speaking.

Aristotle Onassis, whose actual worth is still a mystery, 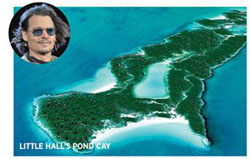 bought Skorpios Island in Greece for a reported $22,083 in the 1960s. The heavily guarded island, left to billionaire heiress Athina Onassis, has an estimated worth of $200 million.

Johnny Depp, seduced by the exotic Exuma Islands when filming Pirates of the Caribbean, bought Little Hall’s Pond Cay — a 35-acre island in the Exumas listed for $3.5 million — in 2004 for an undisclosed price.

DiCaprio and Gram are working with the Four Seasons hotel to create a five-star luxury resort based on environmental design and conservation on the tropical island. Leading the way with innovative green technology, DiCaprio and Gram are incorporating natural energy sources such as water, sun, and wind into the plans.

A Buyer's Market for Private Islands

Many private islands listed on the market are under a million dollars, and in some parts of the world such as Nova Scotia and Canada, they're as low as $50,000.

As they become more affordable, folks with a flair for adventure and seeking a private, relaxing oasis can become island owners.

Asking prices for habitable islands have adjusted significantly from their pre-2003 peak levels given the global financial crisis and real estate marketing meltdown. This has lead to twice as much interest in private islands in the past three years.

Because of its proximity to the U.S., the Bahamas is popular with wealthy Americans — specifically high net worth Americans and the Hollywood elite seeking the cluster of 360 islands in the Exuma Cays. 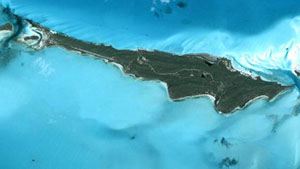 On May 15th, 2014, Innocence Island, the largest privately owned Bahamian island with its own runway and airport code, was auctioned off by Concierge Auction and snatched up for $17 million by an undisclosed buyer.

Given that the island was originally listed at $55 million with the potential to develop into a resort, the $17 million price tag is definitely a steal!

On the heels of the sale of Innocence Island, the Big Grand Cay Archipelago Estate located in Northern Bahamas was brought to an online auction by U.S.-based auction house CBRE Auction Services.

Though the bidding for the $11.5 million island began at a mere $1,950,000 and the price at which it sold on May 25th, 2014 was not disclosed, local broker John Christie confirmed that the bidding during the auction was robust and led to a final price well in excess of the starting bid.

This auction is yet another sign that the private island market is on the way back up. Christie concurred, adding, “The desire for private island ownership is hotter than ever.”

Other islands listed for sale in the Exumas market include the 554-acre Darby Island listed at $40 million, Saddleback Cay, a private 47-acre island with a 3,000-foot airstrip and seven white sand beaches priced at $15.6 million, and the seven-acre Goat Cay priced at $4.8 million.

Why the Interest in Bahamian Islands?

Proximity to the U.S., the desire for privacy, and the ability to own a piece of paradise at prices much more affordable than 2003 peak levels are not the only things attracting high net worth buyers to the Bahamas.

A highly tax-friendly country, the Bahamas is considered a tax haven, providing advantages such as:

What to Look for When Buying a Luxury Island

Purchasing an island is not as easy as it looks. Most high net worth buyers are looking for islands with infrastructure already in place. Remember this rule of thumb: private islands cost approximately 20% less than their mainland waterfront counterparts.

With private islands, however, it is not just the cost of the island you need to take into consideration, but also how costly it will be to make it habitable.

Despite the spectacular 360-degree views and reduced price tag, to build on an island can cost up to 50% more than it would on the mainland; barge rentals for moving workers and materials can cost you thousands of dollars a month.

For example, installing solar power may cost you anywhere from $15,000 to $80,000, and the cost of a desalination plant may be anywhere from $20,000 to $100,000, depending on volume. When budgeting for the purchase of an island, take into consideration these extra costs.

Other factors to keep in mind when purchasing an island include:

The private island market, in particular Exuma Cays, is becoming increasingly popular among Americans. I am excited and very optimistic about the increase in purchasing a piece of paradise.

Now is the time to buy!