Health care has always been a service in high demand. But in recent years, that demand has been steadily growing thanks to the boomer bulge. 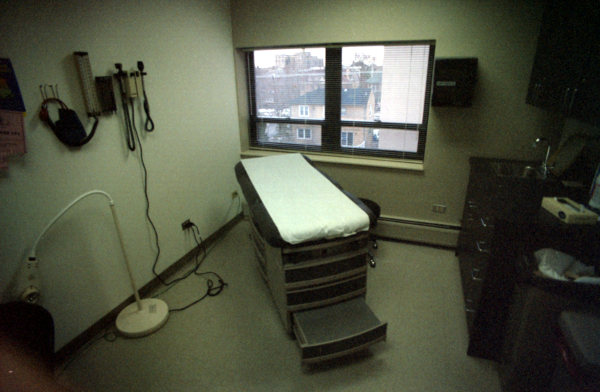 The baby boomers (born after the second World War, generally from 1945-1964, and ranging from 50 to 69 years of age now) have been quite influential in shaping the face of business as they step through each phase of their lives — creating booms when they enter and busts when they exit each phase.

The boom they are creating now is in health care. Investors looking for the next major growth industry would do well to consider the largest health clinic operator in the nation: U.S. Physical Therapy Inc. (NYSE: USPH), a $421-million small cap with 491 outpatient physical and occupational therapy clinics in 43 states.

Investor Patience in Patient Care is Paying Off

While the health care sector as a whole remained frustratingly stagnant for the early part of the millennium, with the SPDR Health Care ETF (NYSE: XLV) being stuck in a narrow range from roughly $22 to $36 during the opening eight years, the space recently thrust out of the financial crisis with a burst of vigor.

“U.S. Physical Therapy is the largest publicly-traded, pure-play operator of outpatient physical and occupational therapy clinics,” the company describes itself at its website. “The clinics provide pre- and post-operative care for a variety of orthopedic-related disorders and sports-related injuries, rehabilitation of injured workers and preventative care.”

The company also “manages several physical therapy facilities for third parties, including physician groups. Each of USPh's clinics is directed by a licensed physical therapist.”

How has the company become the largest outpatient clinic chain in the nation? “Historically, USPh has grown its business through de novo development,” the company answers. “Approximately two-thirds of USPh clinics were originally start-ups. Strategic acquisitions, which accelerate the Company's growth, are structured like the de novo partnerships, with significant ownership retained by founders.”

USP just accelerated its growth by acquiring “a three clinic physical therapy practice as a tuck-in acquisition for one of the Company’s partnerships,” the company announced yesterday. “The acquired business sees approximately 10,500 patient visits per year with $1,225,000 in annual revenue. The purchase price was $1,050,000.”

That’s quite the price, amounting to less than one year’s worth of the three clinics’ revenues. Overall, the company’s existing 491 clinics brought in some $266.83 million in revenues over the trailing 12 months, averaging $543,000 per clinic.

Through synergy, the three new clinics, which currently average $408,000 per year, could easily be brought up to the company’s average rate of revenue per clinic.

USP expects its growth to be sustainable beyond the boomer bulge as more and more Americans from all age groups become more health conscious and physically active. Though physical exercise, sports, and recreation are intended to keep us out of clinics, they do present increased risk of injury and increased visits to clinics like USP’s.

“Increasing numbers of Americans who engage in fitness regimens, coupled with increasing numbers of weekend warriors, is driving increased demand for physical therapy and rehabilitation treatments across the U.S.,” the company describes the demand for its services. “The most common conditions treated with physical therapy and rehab are lower back pain, spine, shoulder and rotator-cuff injuries, knee disorders as well as sprains and strains of various types.”

All age groups combined, the “U.S. outpatient rehabilitation market is estimated to be a $19 billion industry with a projected annual growth rate of five percent or higher,” USP quantifies its industry’s prospects.

And the industry is ripe for the picking, too, as it is “highly fragmented, with no company controlling significant market share,” USP informs. “Given the aging and active US population, the demographics favor a sustained growth in patients seeking or requiring rehabilitation services… With pressures to lower patient costs across the board, private insurers and government health programs are increasingly turning to low cost/high quality outpatient providers.”

Having examined the growth potential of the sector, what industry-specific risks are USP and similar care providers facing that might slow their growth?

As part of its forward-looking statement disclosure, USP lists certain “risks, uncertainties, and factors” that its industry is exposed to and that investors need to know about, including:

“Many factors are beyond our control,” the company advises. “Given these uncertainties, you should not place undue reliance on our forward-looking statements. Please see our periodic reports filed with the Securities and Exchange Commission for more information on these factors.”

As it stands currently, changes to health insurance coverage for both working and non-working persons are benefitting health care providers enormously as more and more people enroll in health care programs. USP and other care providers stand ready to receive an influx of new patients that should keep their businesses thriving beyond the boomers.

USP is one of those rare companies that has both the future growth prospects of a small cap and the solid revenues and profitability of a medium or large cap. While most small caps will post years of growing revenues coupled with net losses, USP is one small cap that has been delivering increasing revenues with net profit.

The company’s growth rate has slowed somewhat recently, which explains its continuing growth through acquisition strategy. Analysts expect USP’s current quarter growth rate of 7.30% to compare well with its industry’s 7.50% growth rate but to trail the S&P 500 broader market’s 13.00% rate. Next quarter’s growth is expected to be even worse at 10.50% as compared to the industry’s 49.10% and the S&P’s 21.70%.

Only 2.4% of USP’s floating stock is currently being held short, with analysts expecting a mean target of $36.67 per share over the next 12 months, up some 6.3% from currently levels.

Below is a comparison of USP’s stock (black) with the S&P 500 (beige) and the health care industry ETF XLV (blue) since the market bottom of mid-March 2009.