La Rinconada is a gold mining town located high in the Peruvian Andes some 16,700 feet above sea level. 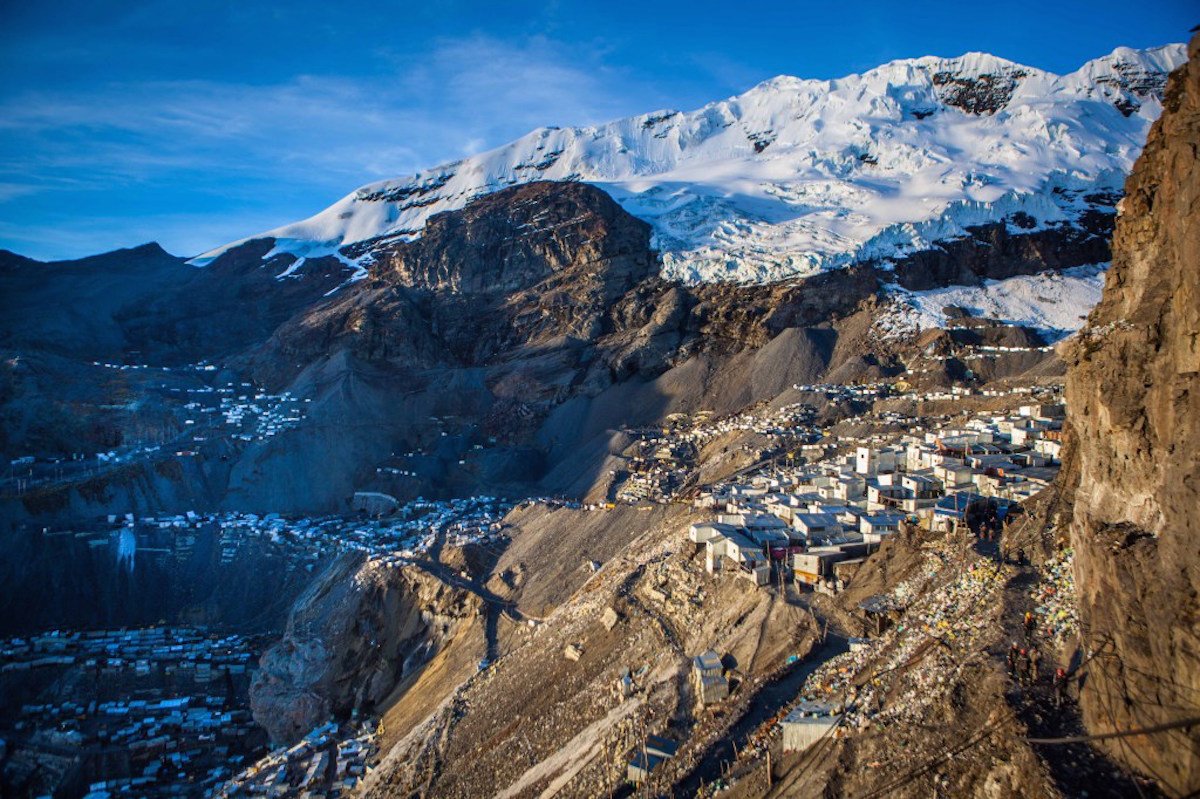 It's the highest permanent settlement in the world — the closest any person can live to heaven. And from this distance, it's almost picturesque. But take a closer look and you'll see La Rinconada is anything but a paradise. 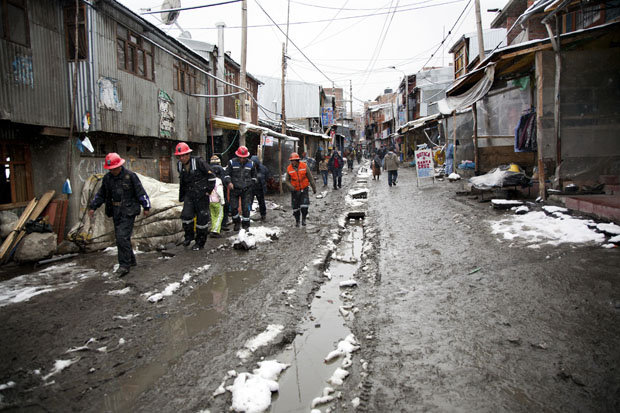 Not less than 20 years ago, La Rinconada was little more than a small mining camp consisting of only a few hundred gold miners. But due to a long-term trend of rising gold prices, there are more than 60,000 people living and working in La Rinconada today.

La Rinconada is really less of a town and more a huge encampment of illegal gold miners. Corrugated tin shacks serve as homes. Muddy roads are overflowing with trash. There's no plumbing or sewage disposal service. There are no police or fire services.

Life in La Rinconada is essentially the worst parts of any third-world settlement, except located three miles high in the Peruvian Andes. It's a cold, sad, and dirty place.

The denizens of La Rinconada are among the poorest and most desperate in Peru, willing to risk life and limb to work in toxic conditions, only to find tiny bits of the yellow metal hidden in the dark and dirty ice.

And they get paid in dirt!

The miners get paid under what they call the cachorreo system. Under this system, miners work for 30 days without payment. Then, on the 31st day, they are paid in ore — as much as they can carry home on their shoulders. But whether or not the ore contains any gold is a matter of luck. The cachorreo system is essentially a lottery.

Want a job? They're hiring.

All of the mines at La Rinconada are operated outside of Peru's applicable laws. In other words, they're illegal. Sometimes miners operate on property they don't own. No one pays taxes. And all environmental regulations are ignored.

Miners typically extract gold from the ore using mercury. This crude method is not only toxic to the miners themselves, it's also devastating to the surrounding environment. The soil, water, air, and pretty much anything downstream is all contaminated with mercury.

So what drives someone to risk toxic conditions for payment that amounts to a lottery ticket?

Gold, of course. And the chance for a lot of it.

Truth is, one of those sacks could contain a fortune in gold. Estimates show some $2.6 billion worth of Peruvian gold is mined illegally every year. But La Rinconada is only a small part of South America's illegal gold trade. The continent's rich resources — combined with rampant political and economic instabilities — have created huge opportunity for illegal gold mining to flourish all over South America.

In some places, the profits from illegal gold mining have surpassed those from the drug trade. Illegal mining has even replaced cocaine in Colombia as the top black market commodity with over $2 billion in illegal gold exports every year. Some estimates show up to 80% of the gold mined in Colombia is illegal. If Pablo Escobar were alive today, his business would be gold, not blow.

Like drugs, South American governments have declared war on illegal gold mining. In Peru, the government introduced legislation to shut down illegal mines and ramped up investigations into exporters.

But despite multiple attempts to tackle the boom, South American governments have not been able to curb illegal gold mining. And it continues to grow. La Rinconada has more than 60,000 people living there today. That's double the population from 2009. And gold prices have mostly dropped since them.

The South American governments will no doubt continue to step up efforts to combat illegal gold mining. In the meantime, the states, legitimate miners, and their investors will continue to pay the deficit.