How to Swindle Gold Investors 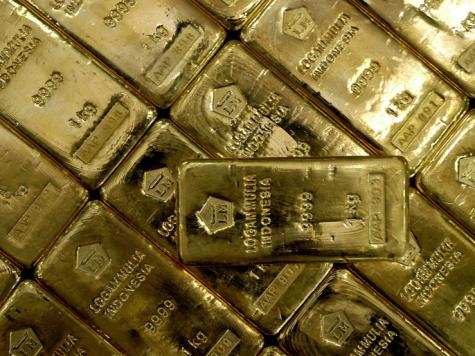 I have previously written about the two “gold schemes” that are being implemented by the government in India. They are an attempt by the Indian government to reduce gold imports and thus decrease the country’s trade deficit.

I have already expressed my opinion on these schemes. The government should not worry about a trade deficit unless it is caused by its own propensity to overspend. It is especially ridiculous that it would be harmful for Indians to spend their money on buying gold from outside the country. This should be considered a trade surplus if anything.

As with any government program, there are reasons to be highly skeptical about this. Why would Indians turn over their physical gold to the government or the banking system (same thing?) for safekeeping?

If those weren’t reasons enough to be opposed to these two schemes in India, there are more. Last week, the central bank in India – the Reserve Bank of India (RBI) – stated that it will allow lenders to count gold bullion deposits as part of their cash reserve ratio.

The gold monetization scheme allows Indians to deposit physical gold with a financial institution in exchange for interest payments. The gold can then be used to satisfy some of the internal demand for the metal. It is supposed to be an incentive for gold holders to essentially lend their gold so that they can earn interest payments while still retaining ownership of their gold – or at least that is what they are told.

Individuals will be able to deposit their gold holdings for a time period ranging anywhere from one year to 15 years. You could say it is like buying a gold bond. You get the benefit of holding gold and you also get the benefit of earning interest on it. It is like a free lunch. What could possibly go wrong?

The entire banking system is unstable due to the large degree of fractional reserve lending. When an individual deposits money into a bank, the bank does not just store this money – physically or digitally. It typically takes a portion of this money and lends it out to other people or businesses.

The problem is that if you put $10,000 into the bank and the bank lends out $9,000 of it, there are two entities laying claim to $9,000. It gets worse because the borrower of the $9,000 keeps the money in the banking system and $8,100 of this is lent out. If the process keeps going, you can end up with 10 times the amount of money in circulation than what actually exists. This is inflationary until the process reverses.

As a side note, this is one of the main reasons that we have not seen runaway price inflation commensurate with the massive monetary inflation since 2008. Most of the newly created money was not lent out, and thus did not multiply throughout.

Of course, fractional reserve lending is a numbers game. When a bank has thousands or millions of clients, they can count on the fact that not everybody is going to show up at one time to redeem their money. As long as there is no panic and no bank runs, then the system keeps on ticking along. The existence of the FDIC keeps depositors from panicking.

The reserve requirement for banks in the U.S. is approximately 10 percent. If you put $1,000 into your checking account, the bank is supposed to hold at least $100 of it.

In India, the reserve requirement – what they call the cash reserve ratio – is only 4%. Now the government and central bank in India want to take the banking system as it applies to money and apply it to gold. This latest announcement by the RBI makes it clear that a bank only has to keep 4% of the gold deposits on reserve. Or in other words, 96% of the gold deposits will be leased out, or worse, sold.

So you can take your gold to the bank and the bank will lend it out. That is the only way that they can afford to pay you interest. You can make the argument that this is not as deceptive as having a checking account because you are knowingly giving up your gold for a set period of time and are not looking to reclaim it before maturity.

There is a problem however if the bank lending out the gold does not get its gold back. What if the bank makes some bad decisions and cannot collect all of the gold back?

Even worse, what if some politicians decide that there is a national emergency or that the budget deficit is out of control and needs to be fixed? If the banking system has possession of billions of dollars worth of gold, what is stopping the government from seizing it?

The whole point of owning gold, at least from a financial perspective, is a distrust of government and central banking. So why would anyone turn over their physical gold to the banking system or the government?

When it comes to gold, Indians are smart investors. Let’s hope that most of them don’t fall for this government scheme. It is high risk with a small reward of interest payments. It is already risky enough for them to have money in the banking system. They don’t need to add gold into the mix.