He Just Screwed the Pooch

By now, you've probably heard about the little temper tantrum Saudi Arabia threw on Friday. I should really say that it's Saudi Crown Prince Mohammad Bin Salman Al Saud, aka MBS, who's stomping his feet since he didn't get his way. I bet there's plenty of Saudi government types saying, "Oh no, there he goes again."

Anyway, Saudi Arabia was trying to engineer a production cut agreement with non-OPEC countries to support prices as the coronavirus ravages the global economy and oil demand — so, basically, with Russia. Putin said no, and MBS responded with a very Russian, "Ve vill break you."

So not only are the Saudis going to pump every single barrel they can, they have already started selling their oil at a huge discount to market price... well, last week's price. A barrel of WTI could be selling for $25 by the end of this week.

As a kid, when I really messed up, my dad would say, "You really screwed the pooch on that one, son." And I can't think of a better way to describe what MBS just did: ill advised, unsightly, and maybe a direct challenge to the laws of nature. For years after, people will say, "Wait, isn't that the guy who...?" Very hard to come back from.

For most of us, once we come to grips with the fact that we've screwed the pooch, we never, ever, under even the most extreme circumstances want to do it again. Pretty much, it becomes a guiding principle for evaluating our behavior...

Me: Hey, brain, if I do this, will people say I screwed the pooch? 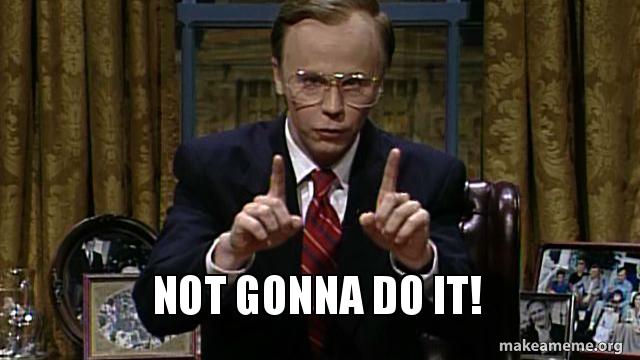 The thing is, Saudi Arabia has done this before. In 2014, it opened the spigots to try and drive U.S. tight oil companies out of business. It totally backfired. Oil companies got much more efficient.

Drilling costs fell dramatically for U.S. oil companies, and Saudi Arabia blew at least $300 trying to meet its budget obligations. And really, we can probably chalk the Aramco IPO up to that massive blunder because it simply had to raise cash.

But to ramp up production to crush oil prices again just boggles the mind, especially at a time of global crisis due to the coronavirus, and especially so soon after that Aramco IPO. Whatever good will they may have had is gone, that's for sure. Good luck trying to sell anymore shares to international investors.

And who knows what taking on Putin will lead to. It's really hard to see how this ends well.

So now we have a stock market that's completely tanking. And we have that virus situation that is not likely to peak for at least another month. The Fed has already dropped a 50-basis-point cut. There's not very much ammo left there. Pushing negative like some countries would be a disaster.

I've heard that the administration is even floating the idea of having the Treasury start buying stocks like Japan has been doing!

Now here's the thing: At some point, stock prices will be attractive. I know, nobody wants to hear that while the market is melting down.

Can Recession Be Avoided?

It seems inevitable that the U.S. economy will fall into recession, which probably means another 15%–20% decline for stocks. And it's likely that some smaller oil companies with too much debt won't survive.

The potential for bankruptcies in the oil sector is a big reason stocks are getting hit so hard today. Bankruptcy means that some banks will be left holding the bag. And there's Bank of America (NYSE: BAC), down 12%. JPMorgan (NYSE: JPM) isn't faring much better.

No doubt, some hedge funds are holding those high-yielding bonds. Margin calls will come, and funds are surely selling stock just to raise cash. Forced selling is part of the bear market dynamic.

High-yield bonds are going to be virtually impossible to sell. So any company that needs to raise cash is going to have problems. Airlines are screwed — automakers, too, as sales in China have fallen off a cliff.

Always pay attention to stocks that are showing some relative strength when the market is so weak. Chewy (NYSE: CHWY) is a favorite of mine, and it's down around $0.40 today. That's pretty good.

Twitter (NYSE: TWTR) is actually up fairly nicely. Invitae (NYSE: NVTA) is another favorite; it's down about $0.50.

Then there are tech stocks. Cisco (NASDAQ: CSCO) is down less than 1% today. Facebook is getting whacked but there's going to be an opportunity there, too.

Again, I know you don't want to think about buying stocks right now. And it's a little early just yet anyway. You gotta sell oil stocks and small banks, too. Other than that, it looks like we all have to hunker down and get through this.