Greetings and happy post-Christmas to those of you who celebrate! And just a happy Monday to everyone else!

It’s a special Monday for me. More years ago than I’d like to admit, my mother rushed to the hospital and brought me into the world on December 27.

And every year since then, we’ve celebrated her accomplishment and my existence.

This year, I should be out on a boat doing some fishing in the Gulf of Mexico by the time you’re reading this. Hopefully Mom is having a relaxing day at home.

But my birthday, despite my steady stream of petitions, isn’t a federal holiday… yet. So the markets are open and so are the Wealth Daily offices.

And I honestly enjoy being the bookends to your financial week. I help you end it with my articles on Friday and help you get it going with them on Mondays.

So, since it’s my birthday and all, I thought today I could give you something special and share some of the birthday love with you, too.

Not that long ago, I debuted a first-of-its-kind advisory service here in the pages of Wealth Daily.

It’s entirely focused on pre-IPO investments and private placements in public companies. But it’s tailored for retail investors like you.

That’s what really makes it unique…

Until recently, those kinds of investments were off-limits to a good 99% of the world. There were actually laws in place that said you already had to be a millionaire in order to participate.

But private investments like that are what really creates new generations of millionaires and billionaires.

So it was like telling the rest of us that in order to get rich, we had to be rich. It was a pretty crappy Catch-22. But it’s what we had to deal with until just a few years ago.

That’s when Congress opened a loophole that gave everyone with a computer and a bank account access to the private markets and the lucrative investments in them.

I’d been studying the newly created market for a while and saw the need for a service to help investors navigate it.

It’s not like buying and selling stocks in a brokerage account. These are private companies with no obligation to publicly report anything.

That makes them very difficult to value and can lead to folks getting into investments that already have all the profits priced in at the start.

And it makes for a great environment for people just trying to separate you from your hard-earned money.

But I’ve made a career in finance. From Wall Street to my own offices on “Main Street,” I’ve pretty much seen it all.

And that puts me in the perfect position to identify the good opportunities while outing the cheats and scammers.

So I founded Main Street Ventures in order to share the knowledge I’ve gained over a career in finance with the retail investing world that just got access to the most prolific markets in history.

And the results have been fantastic…

In fact, we’re averaging a 60% gain across the open portfolio. Some of the investments are still hanging around at the same price we got in for.

But others have really taken flight.

We’re collecting 17% annual interest on a loan we made to an agriculture company. Our next payment is getting calculated right now and we should receive it in early January.

We’ve got a double-digit gain on a private placement we did in a public company. That stock is still trading for more than we paid.

And our shares will be free-trading in a couple of weeks, so we'll be able to make an exit and take a quick profit.

One of our earliest investments recently started raising a second round before pursuing an IPO. This round values it at almost double where it was when we invested.

We even get discounts on the discounts sometimes. We recently invested in a company that gave us such a sweet deal that we’re starting off with an immediate 83% gain.

But I’ve saved the absolute best for last. We also did an equity investment in that agriculture technology company I mentioned earlier… the one with the 17% loan.

We invested at $1 per share and a super-low valuation of $13.5 million. Those shares are going for $7 now and the company’s valued at $100 million!

We first invested a year ago and we’re already up 600%! But that’s just the beginning. I actually expect this one to give us an exit with a good 30x gain on our initial buy.

So even those people coming in now at $7 a share are likely to make out like bandits.

We’ve even got one successful IPO under our belts already…

We got the chance to invest in a Colombian cannabis operation right before it went public. We picked up our shares for $0.50 each and also got warrants to buy more shares in the future for $0.75.

For those of you who aren’t sure, warrants are like options. They give you the right to buy a specific number of shares at a specific price before a specific expiration date.

Well, not long after we invested, the company listed its shares on the stock market.

Not too bad considering we were the last private investors to get in before the IPO and we only had to hold the stock for a few months before we could take our gains.

That’s because I’ve just released what I’m convinced could be my three best investments to date.

I really think each of these companies has what it’ll take to beat that 600% gain from the farm-tech company (and do it in less time).

And today, I want to give you access to those three most recent investments, PLUS the seven other open rounds that are still accepting new investors.

It’s my way of spreading the birthday party around. All I ask is that you watch a presentation I put together regarding this market and take Main Street Ventures for a 100% risk-free test drive.

I’ve attached the presentation to this article so it’s easy for you to get to: 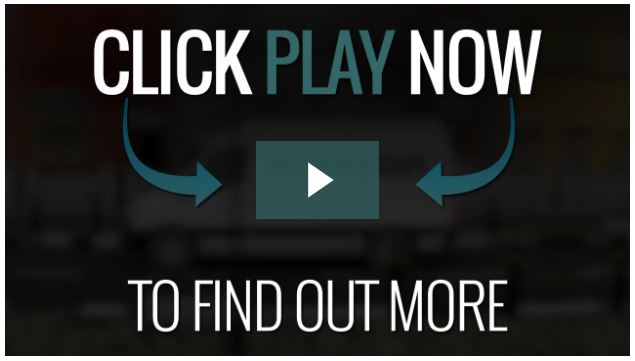 After you watch, you’ll get a chance to join me and the thousands of others already taking advantage of these incredible opportunities.

And you’ll get the chance to join us for the lowest price I’ll ever offer. Once you take me up on my offer, you’ll get all three of our most recent investments rushed right to your inbox.

You’ll also get instant access to our open portfolio and the seven other incredible private opportunities I’ve uncovered.

So take a little time out of your schedule now that the holidays are behind us and watch my presentation today.

Then join me and my community of investors as we set ourselves up for extremely comfortable futures.

I really hope I see your name on my list when our next new investment goes out. And I hope you’ll be celebrating with the Main Street Ventures community when we make our next successful exit.

I’ve done all the hard work. All you have to do is decide.