Medical marijuana is undeniably a growing industry—indeed, it could well be among the biggest emergent industries alongside the graphene sector. And it looks like one of the Internet's biggest entities is keenly aware of that. Google (NASDAQ: GOOG) appears to be getting in on the medical marijuana action. 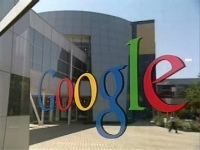 Just last week, Michigan Compassion, a company that connects growers with patients to set up a medical marijuana connection, received $120,000 in Google advertising services. Accordingly, the company will , starting next month, be able to promote its offerings via Google’s famed AdWords platform, meaning its results will be served up alongside regular offerings when relevant keywords are searched on Google.

In particular, Michigan Compassion is hoping to draw the attention of those searching for information related to chemotherapy. Nausea due to that process is common, and medical marijuana can alleviate that.

Now, this is certainly small change for Google, whose company’s charity wing is responsible for the push. AdWords reputedly brings the company some $40 billion or more in annual revenues, so providing $120,000 this way isn’t a big deal.

What is a big deal is Google implicitly throwing its considerable weight behind the emergent medical marijuana movement. Slowly, and in fits and starts, we’re seeing the connection of the different nodes of the network that a modern business sector needs to succeed.

We’ve already seen companies like Privateer Holdings develop ways to sidestep the difficulty of finding investment capital in the marijuana sector due to the federal administration’s behind-the-times attitude toward marijuana. And even Google had long been opposed to supporting advertising involving marijuana.

It’s possible to argue that Michigan Compassion gets a pass because it isn’t directly related to growing the drug, but that’s a flimsy argument. It’s much more likely Google’s changed stance reflects Silicon Valley’s growing support for the medical marijuana sector.

Even more interestingly, Google noted that the marijuana-friendly search results would only show up in states that already support medical marijuana. That would include 19 states and D.C., but it’s very likely more states will join the list in short order.

The Huffington Post report suggests that even LinkedIn, the professional networking company, has offered its services to Michigan Compassion, which will undoubtedly help make its services more visible.

The funding for Michigan Compassion came via the Google Grants program, a non-profit version of AdWords. It allows participating non-profit organizations to spend up to $10,000 a month on AdWords promotions, reports Search Engine Watch.

This is a pretty interesting moment in the history of marijuana—and its social acceptability—in the U.S. Really, it’s undergone these major upheavals within just the past forty or fifty years. Even as short a time ago as the Clinton era (yes, it wasn’t all that long ago) was marked by antagonism toward marijuana.

Today, we’ve got state after state revising legislative frameworks to permit medical—and in some cases, even recreational—use of marijuana. We’ve got a rapidly growing sector and keen interest from major companies. True, we’ve still got to deal with a federal administration that just hasn’t kept up with the times, but it is pretty difficult to imagine a scenario under which a plurality of the states finally tilt toward marijuana (probably medical first, but possible recreational as well) and yet the federal government remains opposed.

Right now, the big questions revolve around appropriately regulating the production, distribution, sales, and consumption of marijuana. Colorado and Washington are at work pushing forward with revised rules and laws that will help make the in-state marijuana picture a bit clearer. Presumably, other states will take notes, and so we’ll see a steady development of a regulatory framework that will perhaps put the federal government more at ease.

Google’s big move is likely to go far in sending the right signals with regards to the social acceptability of marijuana. But we’re going to have to wait and see how the present financial and legal problems for those involved directly with growing the plant turn out.

In the meantime, from an investor’s perspective, it’s best to focus on companies that provide peripheral support services.