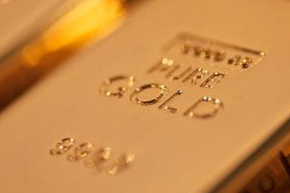 The beefed-up New Gold is expected to provide significant cash-flow this year by producing almost 300,000 ounces of gold, and increasing to 335,000 ounces in 2009 with further production growth from the development of the New Afton and El Morro projects.

Once the deal is complete, New Gold will have $500 million in cash and short-term investments and a significant resource and reserve base including:

Companies that can be compared to the new New Gold, such as Randgold Resources Ltd. (NASDAQ: GOLD, LSE: RRS) and Yamana Gold Inc. (NYSE: AUY, TSX: YRI), which both have over 300,000 ounces of annual gold production, strong balance sheets and management teams, diversified asset bases and market value of more than $1.5 billion, are rated at more than double the value of smaller miners with single assets. Management believes that the larger New Gold will command a higher rating adding significantly to shareholder upside.

These kinds of mergers are a large part of what makes investing in gold and mining stocks so profitable.

There are frequent acquisitions throughout the mining world representing all business sizes. As you can imagine, the success of major gold and mining companies is dependant on production and reserve assets. But compared to other large product producing companies on the market, they are a unique because their assets evaporate over time as they are being mined. What happens if they run out of gold? Cash flow generally dries up. The business solution to this dilemma is a large number of acquisitions.

For smaller mining companies, which we here at Gold World are generally more interested in, merging also often means increasing companies reserves and resources base. Friendly consolidation can also directly inject cash and liquidity into smaller mining firms and, barring some major catastrophe, is always positive for shareholders on all sides of the deal.

Investors looking to cash-in on merger deals should keep and eye out for gold mining companies with a strong property portfolio in geographically and politically stable regions.