Many years ago, when I was young, single, and trying to find my way as a man, I lived on a mountain near Durango, Colorado.

I was poor, worked two jobs, and spent all my money on skis, mountain bikes, and rebuilt transmissions. Gas cost about a buck a gallon and I had a faded red CJ-7.

There were times I would seek out the most deserted road I could find and just get lost... 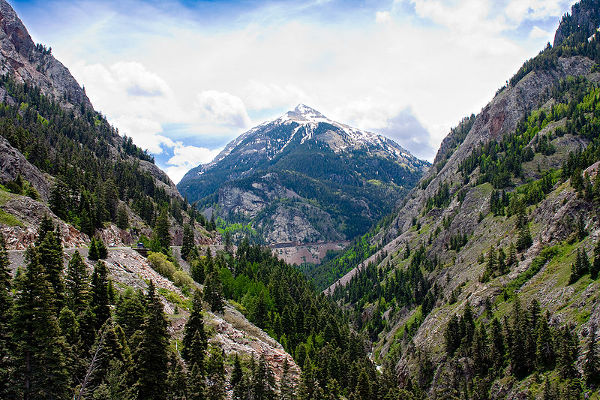 On a Tuesday in the spring, you could wind down a bit of bad road heading to Ouray.

At about 12,000 feet, there was nothing but the eagles in the sky and the certitude of death if you drifted over the white line. If you were lucky, they might find your moldy corpse when the snow melted — though it's more likely the coyotes would eat your marrow.

But at times like this, with the wind blowing rust from the quarter panels and "London Calling" blasting away on the Panasonic cassette deck, I would have a fantasy about being the last guy on earth.

I would imagine it was the aftermath of the zombie Armageddon, or we were three years past the Kiev bombings.

Out there on the continental divide, you can drive for an hour and never see another car — nothing but mountains, elk, and mule deer.

“This was what it's like to be the last person on earth — doors off, music up. This is freedom,” I'd think...

I could do anything I want. Anything.

I could take this road as far as it goes. I could drive until the tires burned off and the clutch turned to dust.

I could go anywhere.

That's about the best feeling on earth, that type of freedom.

But then I would see a farm truck or one of those million-dollar motor homes rambling up the switchback out of the valley, and the fantasy would be gone.

There were people left out there. I wasn't alone, not quite free.

So, I'm not the last person on earth. That's alright. I like people.

And when you think about it, does it really matter?

Should I let outside forces like humans and the economy really affect me that much?

The honest truth is you have to care. There are bills to be paid and people you love who need help.

That's what real men do. We provide.

Now I'm a little older with some cash in my pocket, but I still think of freedom — just in a different way.

Freedom, as Janis Joplin said, can be nothing left to lose.

Or it can be having enough that you don't have to worry about it.

That's why I travel around the world in search of the next great oil stock.

That's why I read the footnotes at the back of 10ks and talk to CEOs.

And it's why I've bought gold coins.

When the great Chinese hoard lands in Long Beach, or the anthrax massacre of 2012 happens, I can grab my coins, pack up my Remington 870, and get on my sailboat. It's already packed with two weeks' worth of food.

Look, you and I both know that the zombie apocalypse isn't going to happen. But it might...

And like a good hedge on an options trade, you look at the cost of insurance versus the reward for having it.

If you don't have physical gold, you should get some.

As Brian pointed out on Friday, gold looks to have put in a double bottom on the chart. I don't know if gold will go up or down over the next six months; but I do know that it's down from $1,900 an ounce to around $1,600.

If you don't own any physical gold, or if you want to stock up, this seems like a good place to start.

You might not get rich, but it is one less thing to worry about...

There's some freedom in that.

Have a great day,