Gold and Silver Continue to Rock and Roll

I've been pounding the table, telling you to buy silver since July 16, when the price for silver was at $26 an ounce. 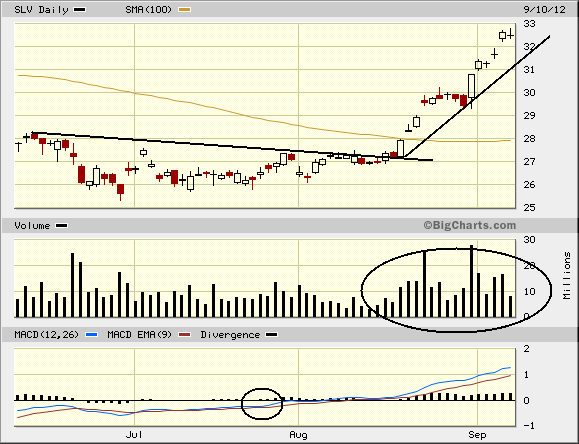 As you can tell by this chart, I was dead-on in my analysis.

The price of silver is now at a five-month high. It closed in London this morning at $33.80 per ounce.

It's not too late to play silver...

My associate Greg McCoach has been getting his people into a billion-dollar U.S. silver play with some stellar geography.

In the same July article mentioned above, I also wrote: “Gold will likely run sideways for a few more months before reaching a tipping point. The downside is $1,400 and the upside is $1,995 in the second half of the year.” 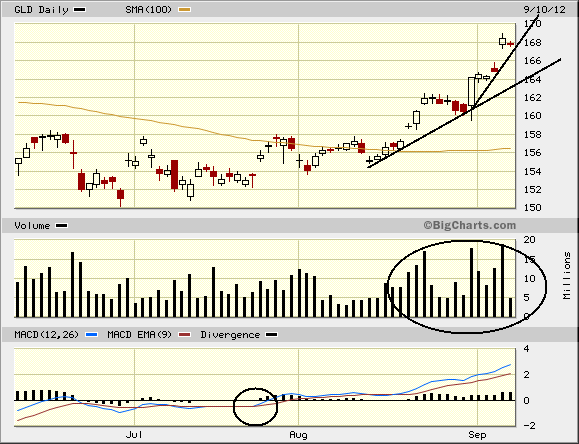 The tipping point was hit, and gold closed in London at $1,737 this morning.

As I mentioned last week, the technical run to $1,900 is clear. It won't be a straight line — it never is — but the path is there.

If you read my piece from last Thursday (I write for Wealth Daily every week on Tuesdays and Thursdays), you know about the ongoing strikes in South African mines...

The platinum strikes have spread.

On Monday more than 10,000 workers wielding machetes and spears walked from one mine to another threatening to kill any scab they came across.

Reuters reports: "The column of marching strikers, which swelled through the day, filled a two-lane highway and stretched for over a mile, watched by a heavily-armed escort of riot police. Many of the marchers were armed with sticks, spears and machetes."

South Africa produces 20% of the world's gold. That's one reason gold is going up.

The second is dollar destruction. 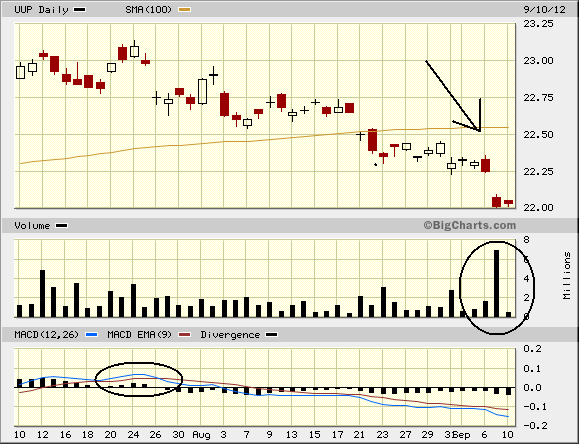 Two weeks ago, Mr. Bernanke said in a speech delivered at the Jackson Hole meeting that the economy is failing to accelerate and the unemployment rate remains stubbornly high.

In other words, QE1 and 2 didn't work, so let's try QE3. Clearly the only solution to a debt crisis is to spend more money.

If you've forgotten, QE1 was launched by the Fed in March 2009. Bernanke began purchasing $1.25 trillion of mortgage-backed securities, $175 billion of agency debt, and $300 billion of Treasuries.

Furthermore, the benchmark rate was cut to zero in December 2008.

In QE2, which spewed forth on November 2010 and lasted through the following June, the Fed bought $600 billion of Treasuries.

Last September the Fed announced its Operation Twist program to replace $400 billion of debt in its portfolio with longer-term securities through June 2012... and then extended it for all of 2012.

Now top-placed analysts like Jan Hatzius, Chief Economist for Goldman Sachs, says the next round will be $50 billion initially, but will not have an end date and could run to $600 billion.

Regardless, it won't work.

The world is flooded with liquidity.

The United States is $16 trillion in debt — and counting.

The stock market is up 13% this year because all this money has to go somewhere.

It's even more surreal because the volume on the NYSE was down 50% in August (year over year).

The upshot is that the Fed/Government has decided that of the three possible ways out of a debt crisis — write off, pay off, or devalue the currency — they'll go with option C.

The way out of this debt crisis will be dollar destruction and inflation...

Buying gold and silver will protect your wealth against the ruinous stupidity of our leaders.

P.S. We have a winner. A few weeks ago, Amy Kabayashi-Häas gave you specific ways to profit from the coming ObamaCare debacle, specifically the ARRA and HITECH Act, and how it will be the next Y2K for the information technology world. Today she tells you about the current war being waged between Apple and Microsoft over the next gadget — and the surprising company that's looking like it will be the big winner.