Tomorrow, Elon Musk's biggest and most expensive pet project to date will have its official grand opening.

Though it's been in operation for months already, the world's biggest lithium battery production facility — dubbed the “Gigafactory” by Musk — is set for its ceremonial ribbon cutting on July 29th.

Just another example of just how much of a showman the Tesla (NASDAQ: TSLA) chief is. 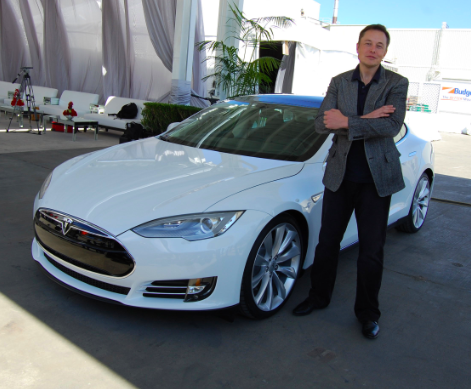 The factory is already being used to produce units of Tesla's domestic energy storage batteries — the Powerwall — but once in full production mode, it will also be used to satisfy Tesla's substantial demand for automotive batteries.

At full capacity, this $5 billion factory, which is situated on 3,000 acres of Nevada desert just outside the small town of Sparks, is projected to double the world's total lithium-ion battery production volume.

To the automotive industry, not to mention every sector reliant upon lithium-ion power, the event is a big deal.

In a certain way, this consolidation of production mirrors the same advancements made by Henry Ford, when he invented the modern auto industry.

Though symbolic in nature, the effect of this show has put a spotlight on the entire lithium industry, helping everything right on down to the junior miners in terms of free publicity and trading volume.

Elon Musk's Illusions Are Just That

And yet, despite all his apparent success as a promoter, Musk appears to have failed in getting the biggest story of the season when it comes to energy storage.

That honor goes to a company far smaller than Tesla — about 1/500 its market capitalization at last check.

You see, just a few weeks ago, this company was caught in the middle of a battle with a giant, and somehow managed to come out on top.

Daimler, parent company of the Mercedes-Benz automotive brand, made headlines back in March when it announced that its longstanding relationship with Tesla for the supply of automotive batteries for its electrical vehicle line had come to an end.

Its reasoning was simple: it could make its own batteries for less money.

But that wasn't the whole story.

While Tesla produced and sold such batteries to a number of clients, its product lacked a key component... something it didn't produce at all, even for its own needs.

That component is referred to as a Power Control System, or PCS. In layman's terms, this was the brain behind the battery... the software and hardware that allowed energy to be managed.

Tesla itself had its PCS needs filled by a third party, and used this third party's product for both its automotive batteries and the Powerwall domestic energy storage systems.

But instead of going to Tesla's third-party producer, it went with an alternative.

This tiny company, which is barely a blip on Tesla's radar and employs only a few-dozen people, won out against the powerhouses of the industry.

Why? Again, the reason was simple.

Its PCS was proven to be the most efficient in the industry, not to mention most cost-effective.

Moreover, it produced its own domestic energy storage units — a direct competitor to the now-famous Powerwall — only cheaper, more efficient, and more effective.

By making both the battery and the PCS, this company was able to sidestep the most famous name in the industry and begin to capture market share, even as Elon Musk's giant factory emerged from the sands of the Nevada desert.

It was a whole package, capable of serving an average-sized home with just a single unit (Powerwalls typically required at least two units to meet those needs).

Its product line included batteries for residential buildings as well as larger ones for businesses.

And even though its name was still a secret to even the biggest fans of the lithium-ion movement, its reputation was strong enough to lure the likes of Daimler away from the industry leader.

So while Elon Musk will certainly get more of what he craves tomorrow — attention — it's becoming clear that it's this attention, and nothing else, that just may go down as his biggest contribution to the 21st century energy revolution.

Thanks for the Free Publicity... Now Move Over

Not to say that the spotlight he casts isn't helpful, because it is.

The only problem is that while investors flock to Tesla on the anticipation (its stock is up 5% over the last five days), that bullishness won't last long.

In fact, it's likely to evaporate as soon as the story gets stale... In today's world, that could take just days.

So where does the smart money go?

They go where Daimler went, seeking the long-term solution to a shortcoming that all of Musk's promotional talents simply haven't been able to cure.

For investors looking for big gains on an ongoing basis, this may be one of the best stories to see the light of day in years.

And if that doesn't convince you, here's one more cherry to top this sundae... Daimler's relationship with this company is still very hush-hush.

In fact, there's a confidentiality clause still in force that prohibits either company from making this announcement publicly.

If you're wondering how I know... well, the facts, confidential as they may be, are available to anybody who knows how to look.

All you need is a couple well-phrased Google searches, and you'll see both of the companies in question making announcements at right about the same time, hinting at major new contracts.

Click here to get the full story on the company, the technology, and the prospects.