FTX Scandal Is Just the Beginning of a Long, Dark Winter

No electricity = no crypto...

The FTX cryptocurrency scandal is getting crazier by the minute.

All the lies, deception, bribery, and theft point to one thing...

That we’ve got to get money out of politics.

If we want a fair, balanced, and uncorrupted society, there’s no way around it.

It’s a complete and total slap in the face to hardworking Americans when we see elections bought and sold with dirty money.

This time, it was ex-CEO Sam Bankman-Fried’s crypto money that was lining the pockets of our politicians.

The New York Post revealed that SBF donated $40 million to the Democratic Party just before the midterm elections. The article states, “SBF certainly ‘impacted’ the midterms, funneling his millions into the Democratic National Committee and Democrat-friendly PACs such as Protect Our Future and Guarding Against Pandemics. He donated to committees aligned with Nancy Pelosi and Chuck Schumer to help Democrats win races. He lavished his largesse on ‘pro-crypto Democrats’ like New York Sen. Kirsten Gillibrand, who was sponsoring a bill to lock the Securities and Exchange Commission out of regulating the crypto market.”

If we severed the political ties to money, there’d be no more monthslong campaigns, no more closed-door donor dinners, no more million-dollar speeches — just honest Americans serving the country they love.

Use something similar to the direct democracy practiced by the ancient Greeks.

If politics is merely decision-making on a grand scale with dire consequences, then we can’t have just one group of people making decisions. In a democracy, everyone’s voice should be heard directly, not through a corruptible representative.

In ancient Greece, the Athenians divided their government into three parts: the Ekklesia, the Boule, and the Dikasteria.

The Ekklesia was an assembly where the most impactful decisions were made, including those regarding war and trade. Any Athenian citizen could attend the meetings and debate foreign policy initiatives and the creation of new laws. The group met a few times a month, and the agenda was determined by the next group, called the Boule.

The Boule was a council of 500 citizens chosen through a lottery. The theory behind this is that chance can’t be influenced by money or social status. History.com notes, “The lottery system also prevented the establishment of a permanent class of civil servants who might be tempted to use the government to advance or enrich themselves.” This is perhaps the most important point, and we'll come back to it below. Members of the Boule only served one year and oversaw the inner workings of the government.

Finally, the Dikateria were the jurors for the court system. Jurors were also chosen by lottery and were typically elderly, retired males.

Now, Athens was an example of a direct democracy because decisions were made within these three groups by simple majority vote. It’s important to understand why the government was set up this way, which goes back to the point above that humans are all potentially corruptible. You see, the ancient Greeks weren’t as naïve as we are today. They knew firsthand how power corrupts even those with the best intentions. So they eliminated the potential of corruption through a lottery system and term limits.

On the other hand, the U.S. is a representative democracy, as citizens vote for representatives who create laws that are in their constituents “best interests.” The Athenians would have thought this to be an obvious conflict of interest. And look, not everyone who holds office is corrupt — far from it. But the system should be set up in such a way to eliminate the potential for the conflicts we’re seeing today, where the rich just funnel money to politicians to keep the train rolling.

Again, take money out of politics and you take away the potential for corruption. It won’t fix everything, but it sure as hell will fix a lot. All we want is an honest and open debate about the decisions being made. Unfortunately, we’ll likely never see that happen.

Instead, we’re being led down a path to a long, dark winter.

And it all goes back to the FTX scandal.

If you’ve been reading Wealth Daily, you know how skeptical I am about crypto. I warned late last year that the big money was pulling out of crypto and storing cash to weather the coming “crypto winter.”

And just when investors thought there might be a new crypto bull run, the FTX debacle revealed everything that’s been going on behind the scenes.

Sam Bankman-Fried, now referred to as SBF, the former CEO of FTX, was lining the pockets of politicians who were working to regulate crypto, which is supposed to be a decentralized form of money. He was literally helping them write regulations. How crazy is that?

SBF was the second-largest donor to the Democratic Party in 2022. And literally days after the elections, the company goes bankrupt and $1 billion goes missing?

There’s something else going on here...

And now that FTX has gone belly up, investors, celebrities, and even politicians are deleting evidence of their ties to the company.

Tom Brady, Bill Ackman, and CFTC Commissioner Caroline Pham were all in bed with SBF. They’ve all since deleted social media posts and pictures with him.

Even Major League Baseball umpires wore FTX patches on their uniforms during the 2022 World Series, for crying out loud. 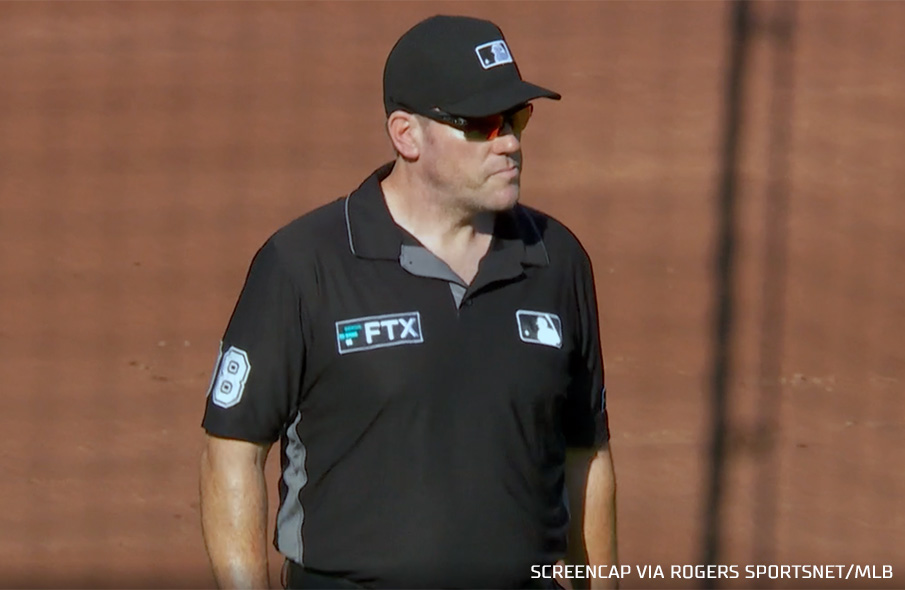 It's clear SBF got in over his head. And because crypto isn’t worth anything, he took the money and hoped no one would notice. And look, this proves what I’ve been saying all along. There is no use case for crypto and never will be. The point is to make cash. Every crypto "investor" wants to make cold, hard cash by dumping their worthless coins once the hype builds up. That’s a scam, not an investment. Because what’s the alternative? Hold the worthless coins? Of course SBF took the cash.

This would never fly in ancient Greece. They’d all be exiled on the spot.

Looking deeper, the FTX scandal is a red herring for what's really going on.

What did SBF learn at these off-the-record cocktail parties?

Probably what we've been saying for months — that governments want to enact strict controls on energy usage, including crypto mining. Why do you think SBF cashed out just before winter hit? Because crypto mining uses an exorbitant amount of electricity, and the world cannot support it during wartime. He knew that many parts of the globe are headed for energy blackouts, which effectively makes cryptocurrency worth zero.

Therefore, no electricity = no crypto.

Business Insider recently wrote that energy blackouts are coming, from Europe to LA.

Forbes published a piece saying rolling blackouts could send Europe and the rest of world into darkness.

It's not looking good.

To mitigate the crisis, the EU is turning to the U.S. for help.

Our energy investor Keith Kohl says there's only one solution to the energy crisis, and it starts right here, with these three U.S. energy companies.

Have a happy Thanksgiving, and I hope you check out what Keith has to say.