This was just after a big thunder storm had rolled in, forcing Willie Nelson off the stage. We were all disappointed Willie couldn’t play longer, but then John Mellencamp stepped on stage and rocked the house. I’d never heard “Rain on the Scarecrow,” and it really blew me away. The song’s stuck with me ever since, and it reminds me of how easily we can forget the impact our farmers have on the world economy.

It’s a haunting tune written about the 1980s U.S. farm crisis (and farms in general). Back then, U.S. farmers suffered some of their biggest losses since the Great Depression. Midwest farmland lost 60% of its value, farm debt doubled from 1978–84, and farming income was only $5.4 billion compared with $20 billion in the 1950s. Minnesota alone lost more than 10,000 farms. Nearly half of farmers who held Farmers Home Administration (FmHA) loans were in delinquency in the state. Farmers lost their land, and generations lost their future jobs.

When I see terms like "farmageddon" and "farm crisis" floating around the internet today, it feels insincere, especially since this coverage is a little late to the party.

We've been writing about this since the start of the pandemic. Not to mention, we've been showing readers how to play the crisis.

More on that below...

The '80s crisis happened in a few stages that I’m sure to oversimplify. But it's important to go through them so we can compare our current situation to the macroenvironment back then. First, in the 1970s, the Nixon administration urged farmers to plant “fencerow to fencerow,” causing farmers to take out more loans to buy equipment and land. But in an attempt to bring down interest rates because of sky-high inflation, the Federal Reserve tightened its money policies, which caused farmland value to drop. Add to that Jimmy Carter’s 1980 grain embargo on Russia (which only hurt U.S. farmers) and crop prices dropped because there was a glut of supply. Farmers couldn't repay their loans and had to give up the land.

Similarities today include sky-high inflation, the Fed raising interest rates, and an economic war with Russia.

The importance of farms is something we take for granted every day at the grocery store until prices go up. Then people understand the butterfly effect that farms can have on the economy. The Ukraine crisis alone has caused wheat and corn prices to soar more than 19% in the last month.

And today’s input costs for things like diesel and fertilizer are at all-time highs, which has further contributed to global food prices increasing 75% since mid-2020. That's an insane increase!

It's something our mining and precious metals expert Luke Burgess has shown his readers how to profit from. Find out the most profitable way to play the farming crisis here.

One big difference today, however, is that we have new technologies that are capable of offsetting the effects of the farming problem.

I finally caught the bug last week. For me, it felt like a mix of the flu and bronchitis. Following CDC guidelines by isolating myself, I spent roughly $150 on Postmates because I was unprepared to ease my symptoms, which I find completely unacceptable in modern-day society. I know inflation is high, but all that for some Tylenol and Pedialyte?

If only there were a cheaper delivery service that didn’t charge sky-high fees...

Well, delivery drones from Amazon, Walmart, and even Google are making their way into the friendly skies and might just patch up this supply chain mess by supplementing deliveries.

Google’s Wing drone could be seen delivering Walgreens packages to residents in Frisco, Texas, this week — no added delivery fees. 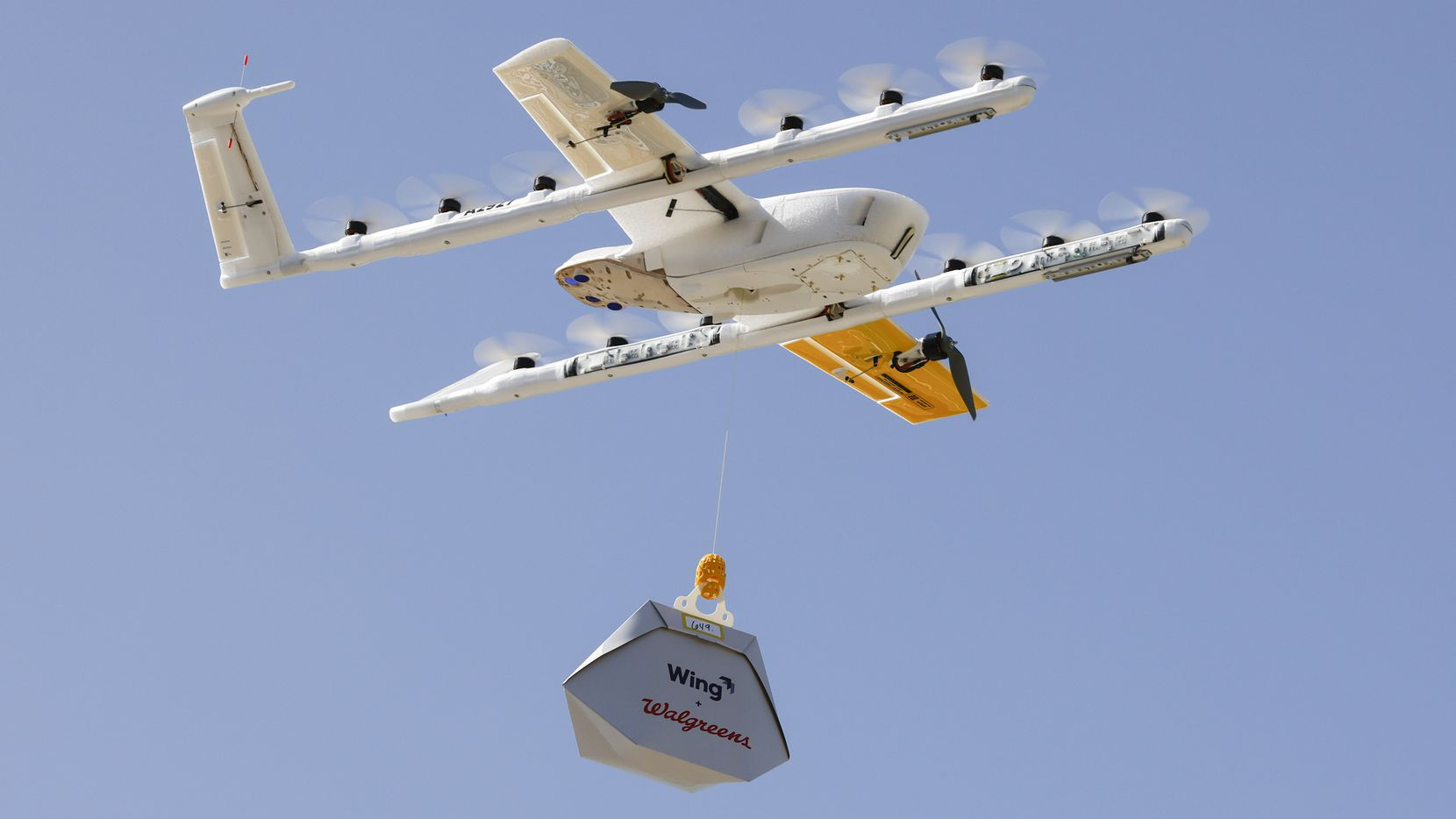 These are the types of big, disruptive trends that can produce outsized returns if you know where to look.

We may even see robots reaching rural areas and transporting people, equipment, and livestock. It hasn't passed regulatory requirements yet, but the industry could do really well in this inflationary environment, especially now that many delivery app services have gone out of business by spending too much cash, giving out too many discounts, and not meeting their delivery windows.

According to Bloomberg, venture capitalists invested nearly $10 billion into rapid-delivery companies in 2021. The problem is these companies relied on expensive human capital. It’s still a growing industry, but the companies that'll come out on top are the ones investing in drones and drone technology. For our best picks, we have four companies right here that are at the forefront of the trend as we speak.

And be on the lookout for more robot plays later this week...

State of the Market

All of a sudden, the news cycle is filled with recession talks. Wall Street loves a good overreaction, which we've been seeing lately in response to the market's volatility. This week, the market reacted to three big stories.

First, pandemic fears ramped up again, with Shanghai, China, entering a scary lockdown and new COVID cases on the rise in the U.S. Even though hospitalizations and deaths are decreasing from this time last year, experts fear we’re in a surge right now. But with so many people testing at home, it's hard to gather accurate data on new infections.

Second, economic numbers still don’t look good, with March inflation hitting 8.5%, the fastest increase since 1981. This is reflected at the pump, which is why Biden has authorized the sale of E15 gasoline this summer. The fuel, which is blended with 15% ethanol, is $0.10 cheaper per gallon but could lead to more smog. Traditional gasoline is already blended with 10% ethanol, and E15 is less efficient, meaning people will be filling up more often. It's just a Band-Aid, not a true fix. What it means is alternative fuels are entering the market, and they'll explode in value sooner than you think.

Third, there’s analyst talk about the microchip industry correcting and losing its influence in the economy, with Morgan Stanley citing high inventories. This may be true in the short term, but microchips are an ever-evolving technology. They aren’t going away anytime soon.

Don't let the market news deter you. Keep at it.

And I hope you have a healthy Easter.