That’s all you’ll hear about in the news.

The eccentric yet socially awkward CEO Elon Musk and his obsession with Dogecoin.

But there’s much more to Tesla than meets the eye.

Here’s what I mean.

Tesla’s ultimate goal is to control the world’s population through energy production, minting a fortune in the process.

And it all starts with convincing us that we need Teslas... not that we want them or like them, but that we can’t live without them.

What better place to start than with a car?

Cars hold a special place in our hearts. They represent adventure and independence, but most importantly, they represent freedom. The freedom to travel, blast the radio, and eat junk food while you go on a road trip.

Unrestricted travel is arguably the most important freedom we have, something we take for granted every day. That’s why any time freedom-loving people hear about travel restrictions — like what’s happening with COVID — they get nervous.

Soon we’ll be restricted in the number of miles we can drive in our old gas guzzlers — but not to worry, because if you drive a new Tesla, you’ll be fine.

The second step when crafting a social engineering scam is to build trust.

Musk does this by feigning transparency though his social media accounts.

He held a Twitter poll on November 6 in which his followers called on him to sell 10% of his stake in Tesla.

Following the poll, Musk sold roughly 10 million shares, which sent the stock into a tailspin.

But, unbeknownst to his die-hard and trusting fans, Musk was already slated to buy more stock through exercising options to the tune of 10.7 million shares at just $6.24 a share.

He now owns more stock than he did before the Twitter poll!

How's that for trust and transparency?

Once the Securities and Exchange Commission (SEC) catches on to this price manipulation, it’s possible Musk could do some serious time.

In fact, Tesla has its tentacles in so many parts of the economy that it’s already drawing scrutiny from regulators.

That’s because, again, Tesla’s not just a car company.

It operates under three segments: automotive, services, and energy generation and storage.

Tesla shares fell more than 3% Monday on news that the SEC opened an investigation into the company for failing to disclose to shareholders the fire risks of its solar panels.

Finally, in order for Tesla’s master plan to work, it must quash any alternative to the company that poses a legitimate threat.

That’s why Musk's on record railing against fuel cell vehicles that use green hydrogen and ammonia, saying they’re “extremely silly” and equating fuel cells to “fool sells” on Twitter.

He clearly wants to block out any technology that might take market share away from his company.

But the world may actually be moving away from electric vehicles and toward alternative fuel.

According to Gregory Nemet, professor of public affairs at the University of Wisconsin's Energy Institute, green hydrogen is forecast to fill 15%–20% of the world’s energy needs.

That's because hydrogen and ammonia release more energy per liter than the lithium battery equivalent.

The Elephant in Tesla’s Showroom

Sure, EVs play an important role in helping us transition away from fossil fuels, but they're not the only choice, nor are they the best one.

The culprit, of course, is the battery.

Study after study shows that mining the precious metals used in EV batteries — including lithium, graphite, cobalt, nickel, and manganese — takes the same toll on the environment as the production of conventional cars.

Not to mention roughly 60% of the world’s supply of cobalt comes from the Congo, where unregulated mines openly use child labor.

And once an EV dies, that battery needs to be recycled.

The International Energy Agency forecasts more than 28 million tons of EV battery waste will need to be recycled by 2040.

These factors clearly aren't priced into EV stocks at the moment.

Investors are betting on growth, future capital raises, and risk.

But while the masses are busy speculating on which companies will overtake Tesla, there's a tiny company working behind the scenes that's about to put them all to shame.

The World Is Moving on From Tesla

It’s debatable whether the infrastructure will ever exist to fully support EVs.

That’s why forward-looking companies are scrambling to create green fuels that work within the existing infrastructure.

Earlier this year, I attended a closed-door investment conference here in Baltimore, and one alternative fuel idea stood out to me: green ammonia, or NH3.

It’s not a new idea, and ammonia has been successfully used to power internal combustion engines and fuel cells vehicles for years.

The Bulletin of the Atomic Scientists explains it this way:

The big problem is that obtaining nitrogen from the atmosphere to create ammonia is an energy-intensive process, which is partly why it hasn’t gained widespread acceptance.

However, if it’s made through sustainable means, the idea becomes more intriguing, and investors are just starting to get behind it. 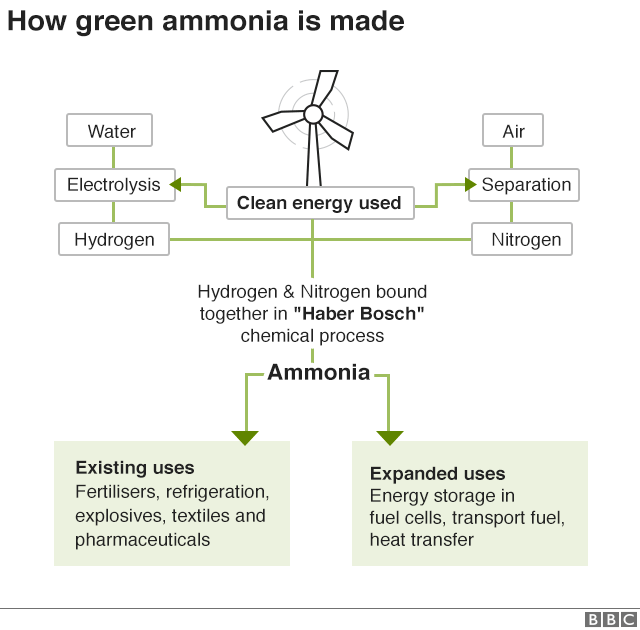 And Elon Musk would like nothing more than to stop this tech in its tracks.

Alex says that starting next year, investors stand to make 11,300% gains, and that's a conservative estimate.

While the other guys are investing in expensive EVs with short ranges and long charging times, this company is creating the cheap, zero-emmission fuel we've all been waiting for.

I can't wait to see this play out on the global stage.