Drugs are expensive here in America. We can all agree on that, even if we disagree politically about what to do about it.

But there’s a flipside to the high prices we pay for medications. Our country’s biotech market funds most of the world’s drug research and development. And it has delivered incredible gains to investors over the years. 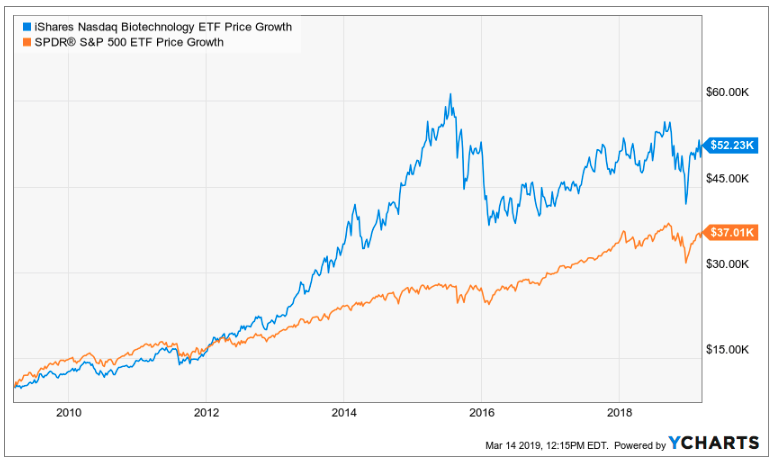 And that’s arguably the simplest and most passive biotech investing strategy possible. If you buy individual, early-stage drug developer stocks at the right moments, you can see much bigger gains in much shorter time frames. 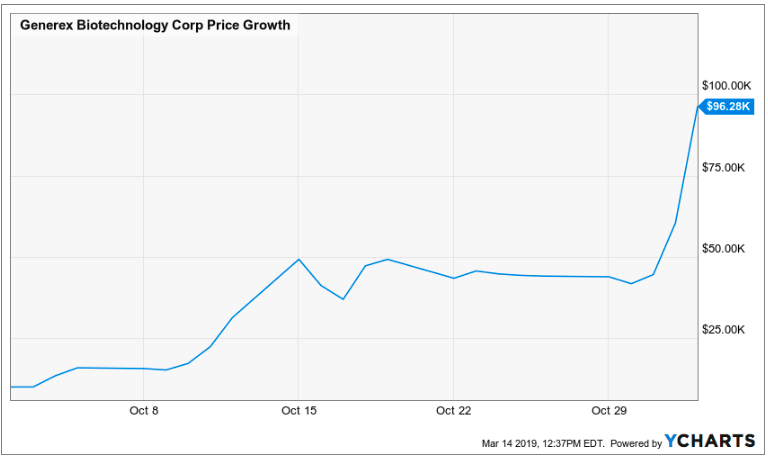 What makes huge gains like this happen so quickly?

Put simply, these gains in small biotech stocks happen on important catalyst dates in the drug development process. These catalyst dates include clinical trial results, approval decisions, and other key milestones in the birth of a new medication.

Below, you’ll find a detailed description of every step in a new drug’s journey to approval — from preclinical trials to PDUFA dates. Let’s start at the beginning...

Before a drug can be tested in humans, researchers must determine whether or not the drug is reasonably safe for initial use in humans — and whether or not it’s promising enough to justify the arduous commercial development process.

Preclinical testing can be done through either in vitro or in vivo methods. This means the testing is done in plastic/glass vessels, or in animal (non-human) models.

Preclinical studies are typically small but must provide detailed information on dosing and toxicity levels. After preclinical testing, researchers review their findings and decide whether or not to advance the drug through national regulatory agencies.

When a product is identified as a viable candidate for further development, a company gathers preclinical data and submits it to advance into clinical trials as an investigational new drug (IND).

Federal law requires that a drug must be approved for commercialization before it is transported across state lines. And that’s kind of a problem for drug developers.

During the clinical development process, they will need to ship an investigational drug to clinical investigators across many states, so there needs to be a workaround.

An IND application is the means by which a company obtains an exemption to this rule, allowing them to ship their drug candidate to and from labs throughout the development process.

The IND application is basically a bridge between animal studies and human studies. When a drug developer is satisfied with preclinical trials, they submit an IND application to the FDA in order to move to the clinical stage.

This is the point where a preclinical molecule changes in legal status and becomes a new drug subject to specific requirements of the drug regulatory system.

An IND application must contain information in three main areas:

Once the IND is submitted, the company must wait 30 days before initiating any clinical trials. During this time, the FDA has an opportunity to review and potentially deny the IND.

Phase I is the first phase in clinical drug development. The primary purpose of Phase I is to determine safety and proper dosage of the IND.

These studies typically take several months to complete, and contain between 20 and 100 volunteers. Most INDs — about 70%, in fact — make it through Phase I.

Phase II is the second phase in clinical drug development. The primary purpose of Phase II is to determine the efficacy and side effects of an IND. As a measure of efficacy, Phase II is a critical stage in the development of a drug candidate. Top-line results for Phase II should be regarded as one of the largest catalyst events in development.

Phase II studies consist of up to several hundred people with the disease or condition being targeted. Studies can last between several months and two years. Approximately 33% of drugs make it through Phase II.

Successful completion of Phase II clinical trials is often a good marker of when to buy shares in an early-stage drug developer. If their new drug gets through Phase II trials, it has a decent chance of approval; but you still have a decent chance of locking in big gains after its Phase III completion or PDUFA date — more on that in a moment.

Phase III is the third phase of clinical trial development. The primary purpose of Phase III is to monitor adverse reactions and further study efficacy. In effect, Phase III is a more expansive Phase II.

That said, top-line results for Phase III can have a strong impact on share value. This is particularly the case when Phase III data conflicts with positive Phase II data, forcing a company to halt development.

Phase III studies look at a wider population than Phase II, with between 300 and 3,000 volunteers who have the targeted disease or condition. These studies are also longer, between one and three years.

Given the length and complexity of Phase III trials, positive results from these trials can send an early-stage drug maker’s stock price soaring. Some biotech traders choose to sell at that point — others wait until later in the process.

Phase IV is the final phase of clinical trial development. It is typically less consequential than Phases II and III, because it usually takes place after the FDA approves the marketing of a drug. The primary purpose of Phase IV is to gain additional information, which will be used to help refine a drug's development.

NDA stands for New Drug Application, the document that drug developers submit to the FDA when ready to commercialize a new pipeline candidate. The purpose of an NDA is to demonstrate that a drug is safe and effective for its intended use.

It describes what happened during the clinical trials, what the ingredients are, the results of the animal studies, how the drug behaves in the body, and how it is manufactured.

Along with clinical results, developers must also include proposed labeling, safety updates, drug abuse information, patent information, any international data, and directions for use.

Once the FDA receives an NDA, a review team decides if the application is complete. If the NDA is not complete, then the review team can refuse to file and request an amended NDA from the drug developer.

If the NDA is complete, the review team will take between six and 10 months to make a decision on whether or not to approve the drug.

In making its decision to approve or deny a drug, the FDA will consider a number of factors, with three primary components:

It’s hard to think of a more important catalyst for an early-stage biotech company than the date when it learns whether or not the FDA has approved its new drug.

Approval isn’t exactly a quick process, but the FDA is nice enough to give drug companies a deadline by which they’ll (usually) reach a final decision. It’s called the PDUFA date, and it can send smaller companies soaring double or triple digits in a single day.

The unwieldy acronym “PDUFA” stands for Prescription Drug User Fee Act, a 1992 law that compels biotech companies to pay the FDA for a quick review process and a publicly announced approval or rejection deadline.

The law was intended to serve as a truce between exasperated drug makers and an overworked FDA. Before its passage, the FDA took even longer to review new drugs due to funding and manpower shortages.

Today, it’s a crucial catalyst for the smart money in the biotech industry. If you’re investing in an early-stage drug maker, you need to know its products’ PDUFA dates.

Like Phase III trial results, a positive PDUFA decision can cause a massive spike in the stock price of a drug’s developer. It’s a great opportunity for traders who bought the stock after Phase II trials (or before) to sell and lock in their gains.

In theory, you could track a drug’s progression through this maze-like process all by yourself. You’d just need to have a fairly advanced knowledge of chemistry, biology and medicine, and enough free time to constantly monitor all of the world’s major medical journals, government communiqués, biotech company media releases, and news outlets. Easy, right?

Look, there’s a reason why biotech investors can easily win triple- or quadruple-digit gains on early-stage drug developer stocks: Most investors don’t know how to follow this process.

For the last few years, Jason Stutman has been trying to solve the problem of how to teach regular, non-biotech experts like you and me how to track these dates.

Recently, he’s found an ingeniously simple solution. Jason may not be able to turn us all into biotech experts, but he can connect us to his global network of doctors, scientists, and industry experts, who in turn can notify us of upcoming profit catalysts in the biotech world.

That solution has evolved into the Topline Trader research service. And next month, Jason is hosting the first ever Topline Trader Summit. This free event will teach you the basics of the data-driven biotech investing system that is already locking in huge gains for subscribers. Stay tuned for more info in the next few weeks.