Did Gold Just Pick the Next President?

Either Way, Tomorrow's Election is Huge for Gold

It was sudden and big. At one point during Friday's trading session, the yellow metal was down more than $40.

I don't have historical data in front of me, but I would guess this sell-off would rank among the top 20 largest drops in the precious metal in terms of total dollar amount.

Pundits were quick to point to the stronger-than-expected jobs report — but unemployment actually ticked up last week.

Friday's market session was all over the map. Trying to interpret it was like trying to play Sudoku written in Cantonese.

Since the financial crisis hit in 2008, the ultimate safe haven has been the U.S. dollar. 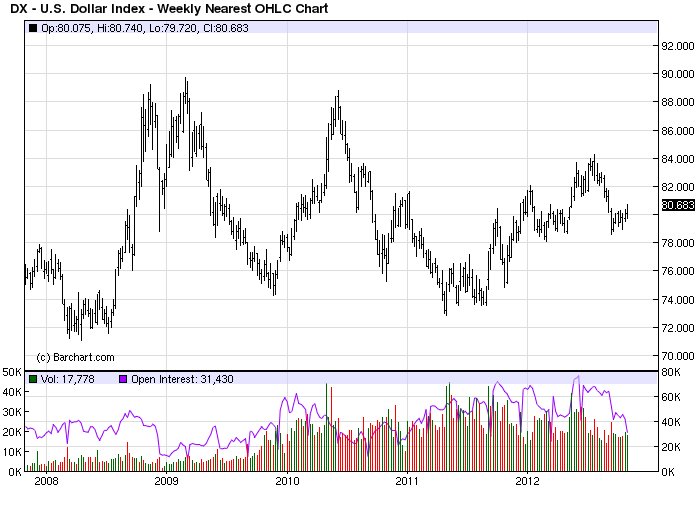 You'll notice that the U.S. dollar started to rally a month or two after the collapse of Bear Sterns.

Even though most investors knew Bernanke was about to flood the market with cash, investors flocked to the dollar.

Why? Because investors were more concerned with "return of capital" than they were with return on capital.

The U.S. dollar is the most liquid asset on the planet. And when markets begin to seize up, like were during the financial crisis, liquidity is king.

Once Bernanke announced Quantitative Easing, the dollar sold off. Investors felt a little more confident about the market and were willing to sell greenbacks and buy gold and stocks.

And it's been clockwork like this for the last five years. Every time a new round of quantitative easing was announced, the dollar sold off and gold rallied.

But yesterday was different.

With the exception of the jobs report, nothing was announced. Yet take a look at the daily price spike in the dollar from Friday: 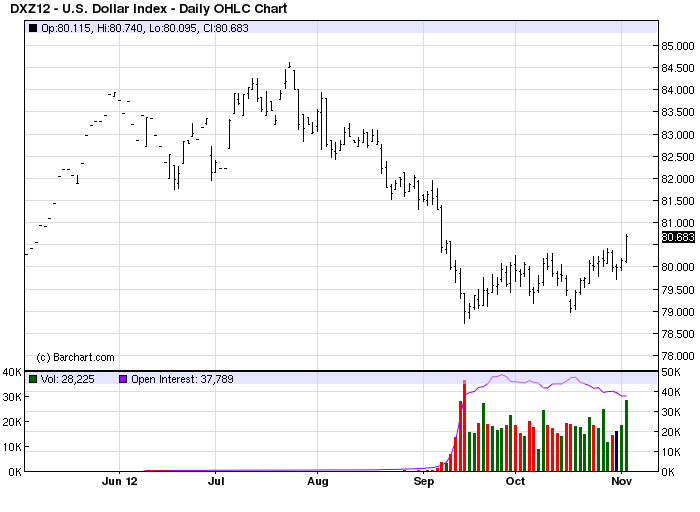 At the same time, gold was in a free fall: 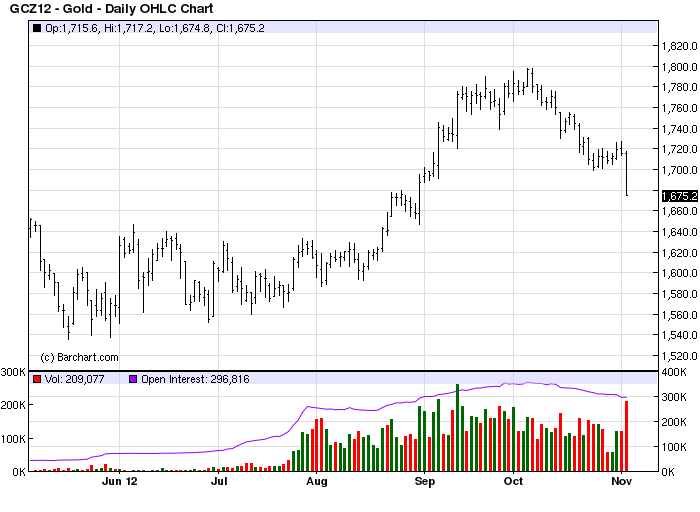 Gold broke below the psychologically significant level of 1,700. Whether it's temporary or not, we'll see.

But here's where it gets puzzling...

Pretty much everything else sold off yesterday: the Dow, the S&P 500, the NASDAQ, big caps, small caps, gold, and silver — but U.S. Treasuries rallied.

Historically, investors the world over have flocked to U.S. Treasuries in times of uncertainty, just like they do with the dollar. When investors feel good about the market, they sell bonds and move into stocks...

Typically, bond yields go up when the stock market goes up. But the Dow was down 139 points yesterday.

So, what does all of this mean?

Maybe nothing... or maybe something.

Here's what we know: If Obama gets reelected, Bernanke will remain as chairman of the Federal Reserve. And the likelihood of more quantitative easing (more stimulus through borrowing by printing more U.S. dollars) is higher, if not guaranteed.

This is bullish for gold; it is bearish for the dollar. This is also bullish for housing, since interest rates will remain low.

Now, Romney has said if he's elected president, he'll do the exact opposite: He'll fire Bernanke, not raise taxes, and shut down the printing press.

This is bearish for gold; it is bullish for the dollar.

Simple chart analysis supports this thesis. Here's a 25-year chart of the dollar: 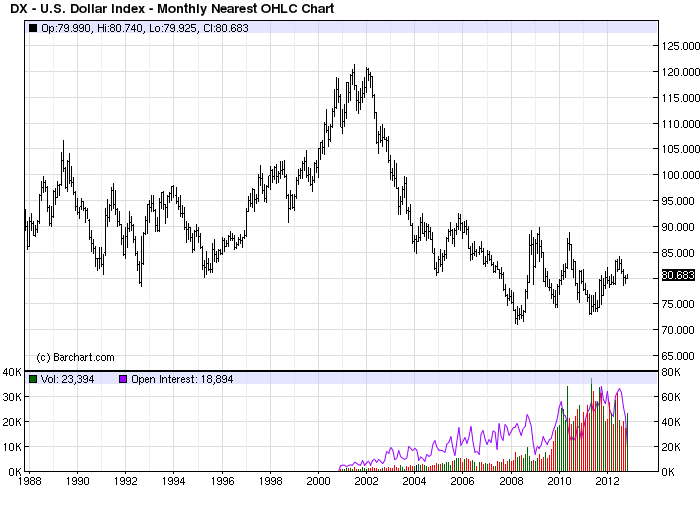 Under Bill Clinton and Alan Greenspan, the federal budget was largely in control. The printing press was cold. The dollar rallied. Stocks rallied.

Tomorrow is the election.

Has the market discounted a Romney win? If so, have savvy traders readjusted their asset holdings for a Romney presidency?

If they have, they certainly weren't buying gold or stocks...

By the end of the week, we'll know how the market feels.