Decades Ahead of Tesla

Written by Jason Williams
Posted May 9, 2022

Love him or hate him (and that seems to be the only way people feel about the man), Elon Musk has revolutionized the world we live in.

He helped to design one of the first digital payment systems that didn’t involve banks or credit card companies as one of the founding members of PayPal.

He’s brought solar power to wide swaths of the world through his renewable energy company, SolarCity.

His company SpaceX was the first to figure out how to reuse the rockets we send astronauts into space with.

And of course, there’s the company he’s best known for, Tesla. When he helped to found Tesla, Elon Musk literally created an entirely new industry.

He could be a jerk. And he might be a little crazy. I don’t know the man personally, so I can’t say.

But nobody can argue that he’s not a visionary.

And you’ve got to admit that his companies put out high-quality products.

One of those products is Tesla's battery. Its batteries are some of the best in the world (if not the very best themselves).

The lithium-ion battery powering the Tesla Model S can take the vehicle over 400 miles on a single charge.

And then there are the Tesla Powerwalls. They’re lithium-ion batteries you can use to store up to 13.5 kWh of electricity.

And you can stack up to 10 of them to get 135 kWh. That's enough to power the average American home for almost five whole days without recharging!

That’s got to go to the Tesla Megapack, a tractor-trailer sized lithium-ion battery capable of storing 3,000 kWh of electricity.

That’s enough to power over 100 average American homes for a day (or one home for over 100 days).

And like the Powerwall, these Megapacks can be “stacked” too. You can arrange as many of them as you want if you have the space.

So far, the largest installation is made up of around 250 of these massive container-sized batteries.

Megapacks are incredible feats of human engineering and technology. And they’re the best batteries the world has ever seen.

But the thing is, despite Elon’s genius and Tesla’s success, they’re just not that great at storing enough energy to power the grid without interruption. They’re the best of a bad situation.

You see, we need bigger and better energy storage systems if we’re ever going to transition to fully renewable energy and stop burning fossil fuels.

Lithium batteries are probably the first thing to spring to mind because we just hear so much about them.

And that’s what Elon Musk and Tesla have been trying to accomplish with their Powerwalls and Megapacks.

And so far, Tesla and Elon have been winning the battle to build a better battery.

But really, they’re just winners by default. Their batteries aren’t all that incredible.

With a weight of 23,000 kilograms (about 7% of which is made of lithium), each one runs a cool MILLION dollars.

They take up a massive amount of space, but they can only power a few thousand homes.

That installation in California is about the size of a full-sized football field and can power only 25,000 homes.

That’s about one-tenth of 1% of the homes in the state (meaning you’d need nearly 600 of them to power the whole state — that’s more than one square mile of space).

They’re prone to explosion if they come into contact with air. Case in point, below is a picture of a “state-of-the-art” Tesla lithium battery site in Australia. 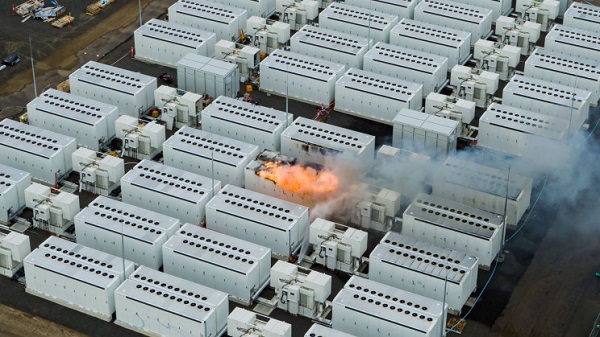 Plus, on top of all that, China dominates the production and processing of the most important minerals needed to make them.

Or at least they were… until an overlooked firm delivered a solution so simple it’s pure genius.

Better Than the Best

Like I said, Tesla makes the best batteries. But even their batteries can’t compare to the energy storage system this company just unveiled.

Unlike Tesla batteries, these don’t rely on expensive, supply-constrained minerals like lithium.

They don’t explode when they come into contact with air, either.

They’re as efficient at storing energy and hold their charge for life.

They’ve also got an expected lifetime that’s twice what the best Tesla battery can claim, too.

And also, unlike the massive Tesla lithium Megapacks, this system can store enough energy to power a small country and not just a small town.

It’s so powerful and so efficient that the Saudis are already planning to use it to power over 4.5 MILLION homes with the electricity generated at the world’s largest solar field. 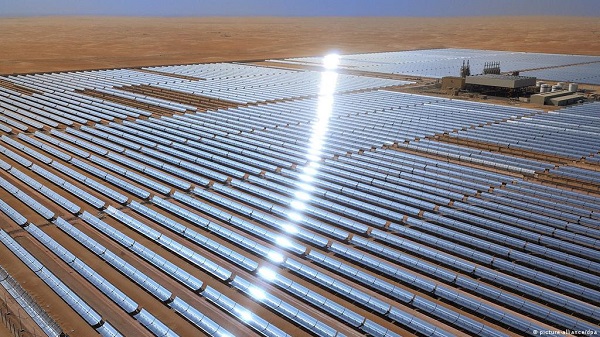 That’s a pretty huge vote of confidence coming from people who really know stored energy and also want to diversify away from fossil fuels for generating it.

And it’s not the only one this company has. Its technology is already connected directly to the Swiss national power grid helping store the electricity generated by their wind turbines.

And big names in renewable tech like Bill Gates, Peter Thiel, and even Leonardo DiCaprio are piling in with multimillion-dollar investments.

But the stock is still flying under Main Street’s radar and presenting an incredible opportunity for in-the-know investors.

That’s why I’m including a presentation outlining the company, its technology, its impressive list of backers, its multibillion-dollar pipeline of incoming revenues, and how you can get invested TODAY.

Once you’ve got all the information, you’ll be ready to ride this wave of profits as the world realizes just how much better than Tesla this company’s technology really is.

But don’t wait too long. Word is getting out and people are getting on board.

Every new investor now means that much less profit for you later if you’re not already in the game.

So take a little time today to see what I’ve uncovered and get yourself invested before the rally really takes hold.