If we fail to unify as a nation, we'll soon have to show our papers to buy milk at the corner deli.

I wish I were exaggerating. I also wish more people were taking notice, instead of debating human rights with fast food sandwiches.

Liberty is liberty – for all. Some sheeple will never get it.

And that's sad, because your rights are disappearing one by one, at such a glacial pace that you can only notice if you pay particularly close attention.

Under the first amendment, Americans can dress however they choose – no matter how out of style or distasteful it is.

We learn this at a young age when Mom first lets us choose our own outfits.

It's one fundamental facet of liberty: to present yourself in any imaginable way.

But don't tell that to the police in New Jersey, where they just arrested Army veteran Matthew Argintar for dressing like a superhero in public.

Now hear me loud and clear.

I know someone claiming to be The Joker just shot up a theater in Colorado.

But it's the shooting people that's illegal. Not the claiming to be The Joker.

And taking away an individual's right to dress like a superhero as a result is a direct attack on liberty.

We can't go around arresting people because they make others feel uneasy.

All this guy was doing was offering people help with heavy loads in a Home Depot parking lot. In his own words, he was out there trying to “inspire hope because that’s what the people need right now: Hope.”

Some parents were even taking pictures of their children with him.

Now he's facing seven months in prison for disorderly conduct... when the only thing out of order is the sate of our constitutionally guaranteed rights.

And while that's all 100% true... it doesn't change the fact that this man was arrested because we have become a police state. 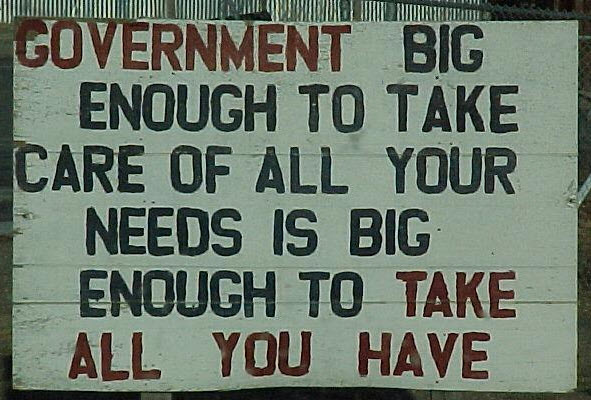 He started a 30-day jail sentence this week for collecting rainwater and snow runoff on his own property.

This hits especially close to home because I too collect rainwater.

Gary had three ponds – one that had been there for 35 years – on his property that are filled by natural weather events.

The State of Oregon had even granted him permits to do so.

But then the state reneged the permits and convicted him of NINE misdemeanors stemming from a 1925 law, sentenced him to 30 days in jail, and fined him $1,500.

Harrington gladly accepted the penalty, and his words should be inspiration to us all:

I’m sacrificing my liberty so we can stand up as a country and stand for our liberty. They’ve just gotten to be big bullies and if you just lay over and die and give up, that just makes them bigger bullies. We as Americans, we need to stand on our constitutional rights, on our rights as citizens and hang tough. This is a good country, we’ll prevail.

But it's tough to stand against it when The State suppresses those who do.

Like Dave Gorczynski, who was arrested this week for expressing his freedom of speech.

He was holding two signs at a protest in Pennsylvania.

One said: “You're Being Robbed.”

The signs are clearly a reference to Wall Street and Federal Reserve greed and corruption that have led to a years' long recession and the disappearing of 40% of middle class wealth.

And the signs are clearly protected under our right to free speech.

Yet Dave was arrested and is facing two felony charges for attempted bank robbery and terroristic threatening.

While no banking arrests have been made in the last four years... even as LIBOR was manipulated... even as HSBC laundered money for terrorists and drug dealers. 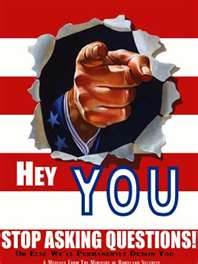 That's the definition of Tyranny. By all measures, that's some Gestapo stuff.

From a rights standpoint, it's only going to get worse unless we collectively voice our disdain.

And from a financial standpoint, it's only going to get worse until there is a day of reckoning. Until banks are forced to pay for all their mistakes and manipulations and allowed to fail.

There are a few things you can do to insulate yourself as much as possible.

Managing your own investments, buying land, and owning physical metal wealth are a place to start.

The less connected you are to “the system” the better.