Cigarette Companies and the Marijuana Industry

Cashing in on Legalization

Colorado is gearing up for its big pot day debut. On January 1, 2014, marijuana can be purchased by residents legally for recreational use. Residents can purchase up to one ounce, and tourists can purchase a quarter ounce.

Many believe this will open the floodgates to the legalized recreational marijuana industry. For years, people have been illegally using pot recreationally, and now that Colorado and Washington are allowing people to use without the possibility of jail time, businesses are trying to cash in on it as much as possible. 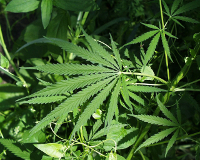 Companies have been harvesting pot for the last year to try to meet the demands that will start on January 1st. But the industry will have to produce even more in the future, especially when more counties start to allow possession and sales.

To give customers a variety of ways to experience the effects of marijuana, companies are also trying to come up with new ways for people to use it. Open Vape extracts oil from the pot plant and uses it to manufacture something much like an electronic cigarette.

This could end up opening a whole new industry in the next few years. And as more states start to allow the recreational use of marijuana, cigarette companies will likely piggyback on the trend.

People want cannabis, but they also want convenience. If you can combine the two, it’s the making of a very successful, lucrative break in the industry.

But it’s not going to happen overnight, so don’t run out to invest in the biggest names in cigarettes just yet. With only Colorado and Washington getting ready to market marijuana recreationally, there’s still a ways to go before the market will be big enough to attract the attention of cigarette brands such as Philip Morris (NYSE: PM).

Before then, there will be entrepreneurs and marijuana companies trying to make money from the idea. Along with Open Vape, one marijuana entrepreneur by the name of Brian Laoruangroch is building his brand – Prohibition Brands. He is looking to mass produce marijuana cigarettes and cigars. His vision is to become “the marijuana version of a Marlboro cigarette.”

As an investor, it’s good to be prepared for any new business coming down the pipeline because if you get in on the ground floor, you’ll make more of a profit. This is especially true with this industry, as it’s receiving a lot of attention already.

Think about it: as marijuana becomes available recreationally, the stereotype of people sitting around with their bongs will disappear. There will be a new population of pot smokers in business suits sitting around corporate offices and coffee shops. The stigma will fade, and demand will grow.

It won’t just be tobacco companies in the United States that will try to get in on the marijuana industry. Cigarette companies around the world will want to profit from this, especially Japan Tobacco Inc. (OTC: JAPAF). The company just partnered up with Philip Morris to purchase a 20% stakes in Megapolis – a major Russian cigarette distributor.

Tobacco companies want to make money, and will chase whatever trend is arriving in the industry – a lot like investors do. That’s why it’s important to keep your eye on them as the marijuana industry picks up.

As the demand grows to levels smaller companies can’t keep up with, the big name cigarette companies will pick up slack and end up monopolizing it. That’s when you’ll be able to make a return off them.

Some of the tobacco companies you should keep an eye on are:

Keep in mind, last year both of these companies commented to CBS News on the possibility of getting into the marijuana market. A spokesperson for Philip Morris said:

“We have a practice of not commenting or speculating on future business... tobacco companies are in the business of manufacturing and marketing tobacco products.”

“Reynolds American has no plans to produce or market marijuana products in either of those states. It’s not part of our strategy.”

But that was a year ago, and they still haven’t seen the demand that will come out of the legalization of recreational pot. They always have the right to change their minds, and they probably will…in time.

Until then, consider keeping an eye on upcoming companies such as Open Vape because they may just be a future leader in electronic marijuana cigarettes.